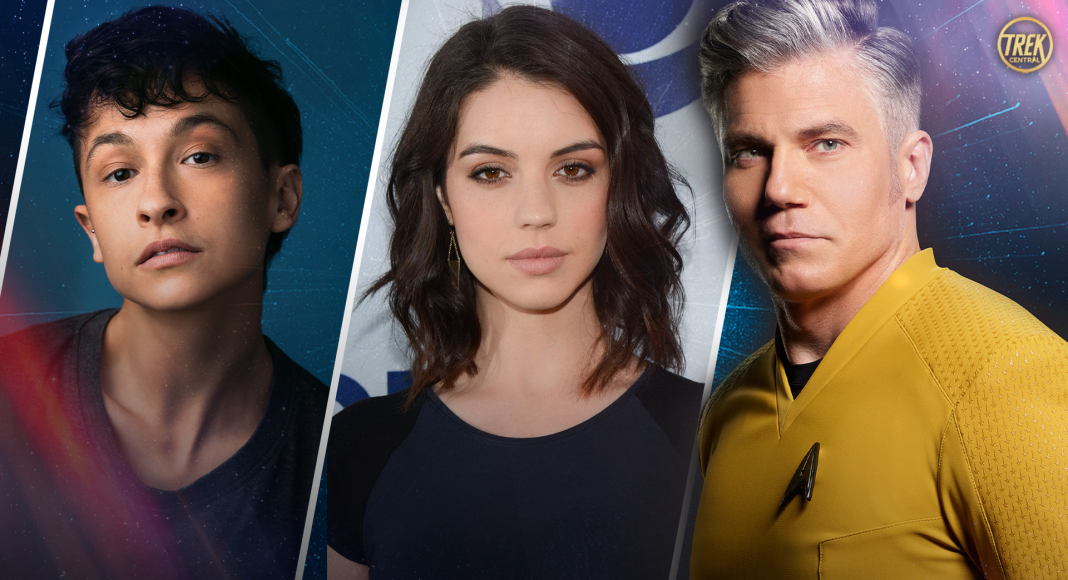 While all eyes may be on Star Trek: Picard, we’re looking further into 2023. The second season of Star Trek: Strange New Worlds is coming soon. However, New Faces Join Star Trek with today’s exclusive reveal. Trek Central has learnt that Noah Lamanna and Adelaide Kane will join the Captain Pike series. Additionally, we’ve got an insight into who Noah might be playing in the upcoming second season.

Who Is Noah Lamanna

Whenever New Faces Join Star Trek, we love to learn about them. The Star Trek family is so welcoming to new talent. A fact that both series leads, Anson Mount and Ethan Peck, echoed recently. However, what do we know about Noah Lamana? Based in Toronto, Lamanna is a genderqueer actor. Additionally, they use they/them pronouns. As a Randolph Academy for the Performing Arts graduate, they’ve been in several productions.

Currently, it appears they will play a character named “Chief Jay”. However, does that mean they are the USS Enterprise’s new transporter chief? Currently, the role is held by André Dae Kim as “Chief Kyle”. Therefore, we could see Lamana’s character replacing our transport chief. But there is another option. This has to do with Captain Kirk (Paul Wesley) himself.

We knew Kirk would be in Star Trek: Strange New Worlds thanks to Paramount’s early announcement. However, it’s quite possible he’ll be commanding his ship. No, it’s not the Enterprise just yet. Rather the USS Farragut. Therefore, we could see more members of Kirk’s crew onboard that starship. Additionally, filming leaks from 2022 show Kirk running around with the Farragut logo. Or rather, something that looks like the USS Farragut insignia.

More New Faces Join Star Trek. Actress Adelaide Kane is beaming aboard the series for its second season. Trek Central has learnt that the Australian actress will star in at least one Star Trek: Strange New Worlds episode. Kane is well known for her role as the series lead in “Reign”. However, this will be her first adventure into the Star Trek Universe. Additionally, as of late 2022, Adelaide has joined the “Grey’s Anatomy” cast as a medical intern.

It’s currently unknown what role Adelaide Kane will play in the second season. However, with the introduction of Paul Wesley as Captain Kirk, it could be related to him. Additionally, we know that plots from the first season are expected to rear their head again at some point. Therefore, might we see the actress team up with Jesse James Keitel’s character?

We’re all excited for more Star Trek: Strange New Worlds adventures. Having recently spoken with both Anson Mount and Ethan Peck, viewers have much to look forward to. Additionally, we know the series will be crossing over with other Star Trek. Let’s be honest. Trek is no stranger to a crossover. Star Trek: Voyager and Deep Space Nine have done it. However, this crossover is different. The Star Trek: Lower Decks animated series will be coming to the live-action series Strange New Worlds.

Season 2 of Star Trek: Strange New Worlds is expected to land on Paramount+ sometime in 2023. As of right now, no release date has been confirmed. The next Star Trek series on the calendar is Star Trek: Picard. The third and final season beams down on February 16th.