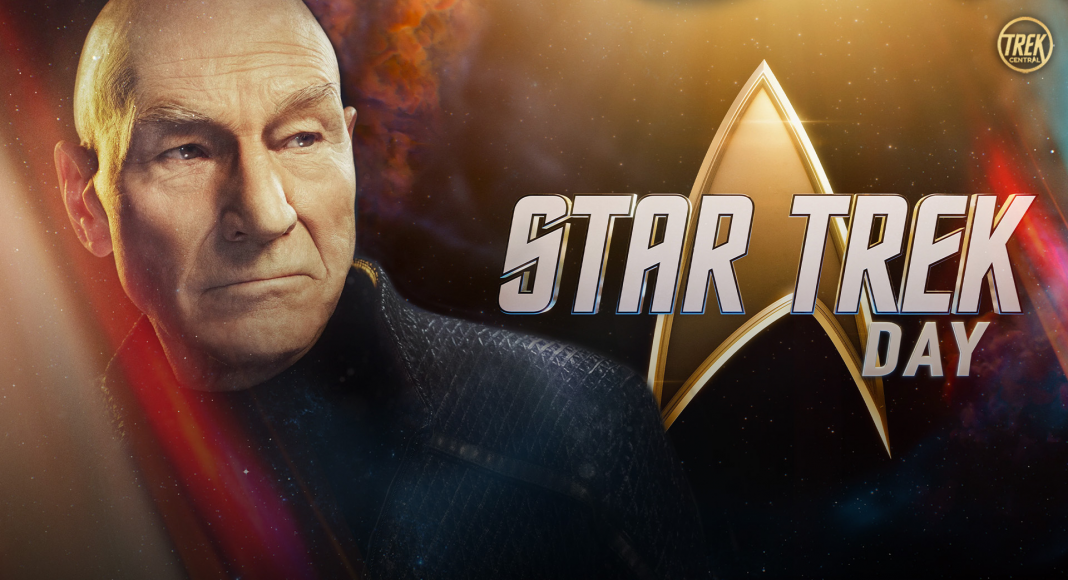 Star Trek Day has brought us a new teaser trailer for Star Trek: Picard Season 3! We have suggestions that we would be getting a tease about the upcoming season. However, not many expected both a release date and a full teaser. Season 3 will release on February 16th 2023, on Paramount+. The Star Trek: Picard Finale Teaser also reveals more about the plot.

The final ride with the Star Trek: The Next Generation crew begins! Sir Patrick Stewart reunites with his old cast mates for the third and final Star Trek: Picard season. The final season will consist of 10 episodes. Michael Dorn, Gates McFadden, Marina Sirtis and Brent Spiner! Jeri Ryan and Michelle Hurd will also star, returning from Season 2 of Picard.

As Trek Central theorized and reported, the USS Titan is back! Well, It’s changed a fair bit since we last saw her in Star Trek: Lower Decks. It looks like Commander Seven of Nine (Jeri Ryan) might be in charge of the starship now. We’ll be breaking down the USS Titan for the review purposes in the coming days.

Earth Spacedock appears in the upcoming season. Terry Matalas previously teased the iconic space station would appear in the third season. Picard and Riker appear to venture to the upgraded station in search of a starship. But what ship do they find? Well, it looks like they’ll get onboard the USS Titan, Riker’s former flagship.

Crusher Is In Danger!

Gates McFadden returning as Doctor Beverly Crusher is something we’ve been looking forward to. However, what has she gotten herself involved with? Crusher appears in the trailer, but like she is off the grid. Perhaps no longer apart of Starfleet and charting her adventure. However, she does reach out to Jean-Luc Picard.

Interestingly, a Starfleet building is destroyed when her message is heard. What this building is associated with is currently unknown. Perhaps Starfleet Medical? Deleted Star Trek: Nemesis scenes did show Crusher returning to work at Starfleet Medical. Either way, some sort of alien weapon fully levels building. Perhaps the season’s new mysterious enemy we know nothing about.

While Picard, Riker and Crusher may be the focus of this teaser, the TNG cast gets a little cameo. Geordi LaForge (LeVar Burton) can be seen in his Starfleet Uniform. Michael Dorn as Mr Worf can be seen cradling someone, perhaps a character we know. However, we’ve also got Marina Sirtis back as Deanna Troi! Perhaps she is back as Picard’s trusted adviser?

Brent Spiner is currently the only TNG crewmember that does not appear. However, we still don’t know who he will play in the upcoming season. With Data’s death in the first season of Star Trek: Picard, he might be playing another family relative. Therefore expect more Soong madness, perhaps!

While it’s fantastic to get a preview for Star Trek: Picard Season 3, it did not give much away! We’ve still got a long road to go until February 16th 2023. However, we’ve now got plenty more information for the finale of Star Trek: Picard. The third and final season of the Star Trek series will premiere on Feb. 16, 2023, on Paramount+. Star Trek: Picard Finale Teaser!