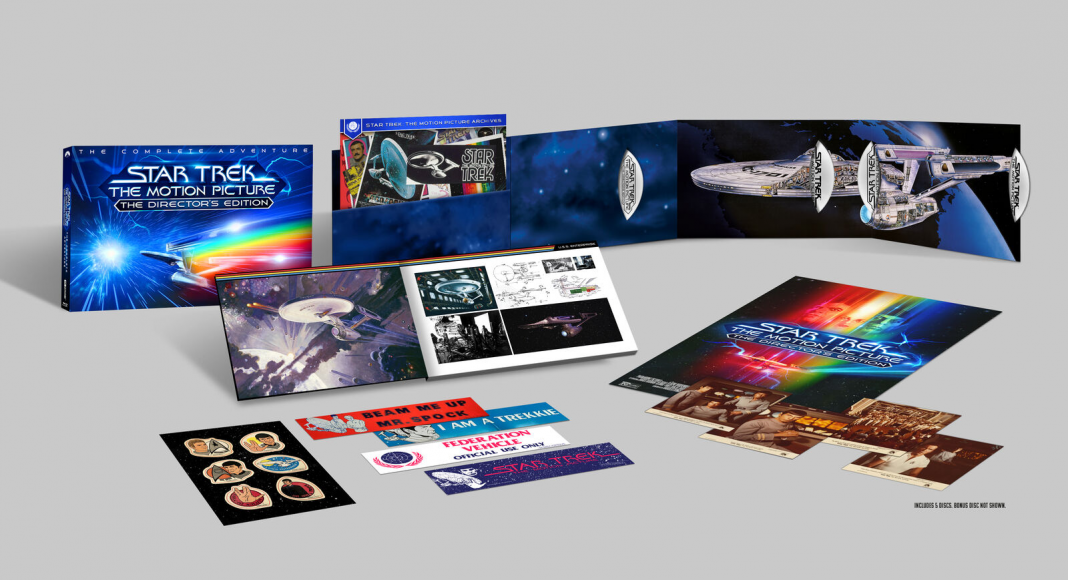 It’s been anticipated by Trekkies for over two decades. Now, you have a chance at owning the Star Trek: The Motion Picture – Directors Edition. To celebrate Star Trek Day 2022, Trek Central is giving away a copy of the special feature. Warp into The Motion Picture upgraded and restored to 4K UHD on Blu-ray!

The Director’s Edition set also comes with unique features! However, a special longer cut of the movie is included. Additionally, fans can enjoy a poster, archives featuring never-before-seen photos and insight. Perhaps you’d like to get your hands on the original press kit photography reproduction cards.

Trek Central is giving Star Trek fans a chance to win a copy of the Star Trek: The Motion Pictures – Directors Edition. All you have to do is enter the giveaway via the GleamIO embed below. You’ll need to complete some steps and optional bonus entries, and then you’re set.

The Director’s Edition was released on Tuesday, the 6th of September. It’s available on Amazon for around £24.99, while the standard Blu-ray is selling for £14.99. However, the limited edition “Complete Adventure” boxed set has already sold out in online stores.