Coming hot off the digital presses from Gearbox Publishing and Cryptic Studios on Star Trek Day is some exciting news for Star Trek Online players! Wil Wheaton Joins Star Trek Online! The Star Trek: The Next Generation actor is joining the ranks of Trek alumni that voice their prime or alternate universe characters within the long-lasting MMO.

The game’s next expansion, “Ascension”, is set to release on PC on September 13th. It will continue the storyline centred around the Mirror Universe. Terran Emperor Crusher will be looking to exploit a newfound power in the Star Trek Universe. Players of the free-to-play MMORPG are tasked with stopping him.

Coming Up In Star Trek Online

Things have escalated in the Mirror Universe as the Terran emperor attempts to control The Other. The Mirror version of V’ger – a dangerous entity of tremendous power. Until this point, the identity of the leader behind the Terran Empire’s strategic incursions into the Prime Universe has remained a secret.

However, players team up with former enemy-turned-ally Admiral Leeta (voiced by Chase Masterson from Deep Space Nine). To learn that the Emperor is none other than the Mirror version of Wesley Crusher from The Next Generation. To stop the Terran Emperor from threatening the Prime and Mirror Universes, the Federation must stop him from controlling The Other. All while fighting off his forces led by the dreaded Captain Killy (voiced by Mary Wiseman from Discovery).

These events take place in a new featured episode, aptly named “Eye of the Storm.” Star Trek Online: Ascension also introduces plenty of new content for players to discover, including a new 5-player ground TFO “Storm Chasers” and the new Elite Officer Upgrade System that allows players to upgrade bridge officers. Captains can also play through the latest event, “The Emperor’s Will”, to earn a new reward, the T6 Terran Somerville starship.

Wheaton recently returned to Star Trek live-action, with a cameo in Star Trek: Picard Season 2. However, you can typically find him hosting “The Ready Room”. He’s hosted the after-show, as a follow-up series to Star Trek episodes, for some time now. Additionally, he recently appeared on stage at Star Trek Day to promote the show’s return later this month.

Wil Wheaton Joins Star Trek Online! Star Trek Online: Ascension will be available on PC from the 13th of September. However, the release date for console players has not been shared yet. Star Trek Online has a long history of introducing well-known individuals to the game. Kate Mulgrew has voiced versions of Kathryn Janeway, while Star Trek: Discovery’s Sonequa Martin-Green has voiced her character of Michael Burnham. 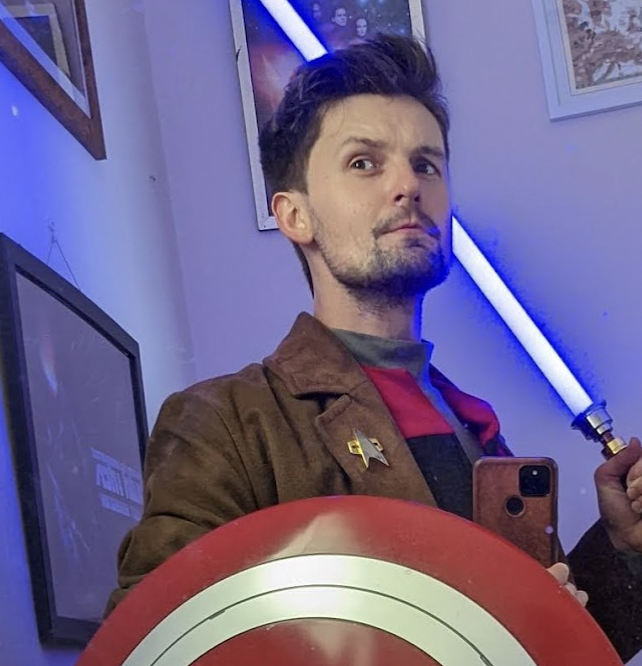