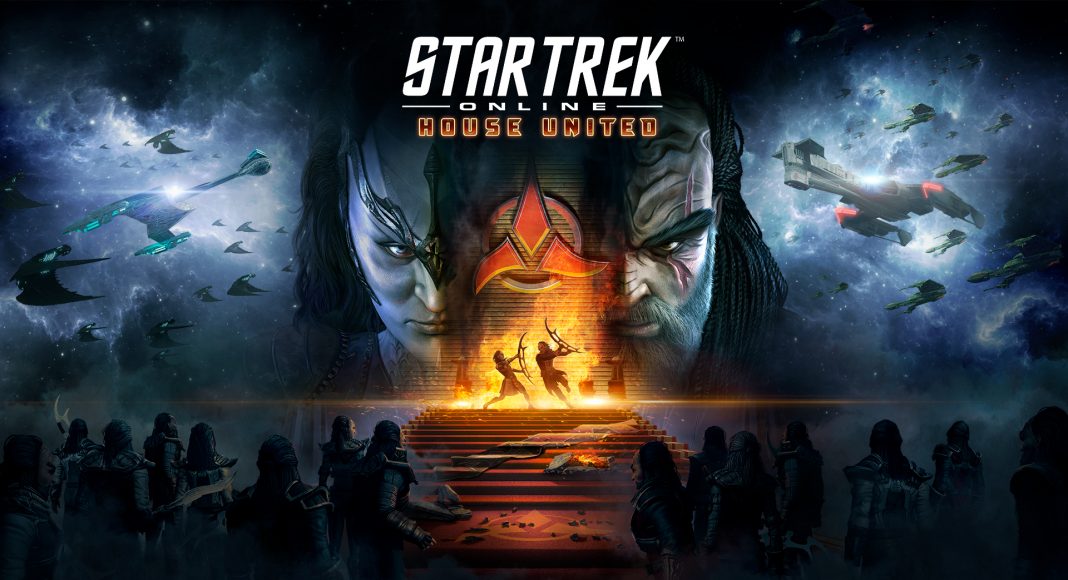 Finally the thrilling Star Trek: Online Klingon Empire Civil War storyline has reached its conclusion. House United, the newest story season for the popular MMORPG has released on PC. Console players (Xbox One & Playstation 4) can expect the update to beam down on August 3rd.

House United gives Captains the opportunity to earn exclusive rewards by completing tasks in a Special Event and participating in a brand-new Task Force Operation. Plus, anyone who logs into the game on PC today (May 25) will unlock a free Experimental Ship Upgrade.

After travelling to the sacred planet of Boreth and descending into the pits of Gre’thor, J’Ula, matriarch of House Mo’Kai, has resurrected the famed Klingon Warrior, L’Rell (voiced by Mary Chieffo, who originated the role on Star Trek: Discovery). L’Rell will be a guiding light for J’Ula on what it truly means to be Klingon, as players will have to prove themselves and build an army, before heading to Qo’noS for the final epic battle.

Star Trek Online is a free-to-play massively multiplayer online game that allows players to explore the Star Trek Universe from within. Players can forge their own destiny as Captain of a Federation starship, champion the Empire through the far reaches of the galaxy as a Klingon Warrior. Rebuild the Romulan legacy as the commander of a Romulan Republic Warbird or carry out daring missions on behalf of the Dominion as a Jem’Hadar soldier.

Captains can also explore iconic locations from the Star Trek Universe, make contact with new alien species, and battle alongside other players in customizable starships. Star Trek Online is currently available on PC, PlayStation®4, and Xbox One.