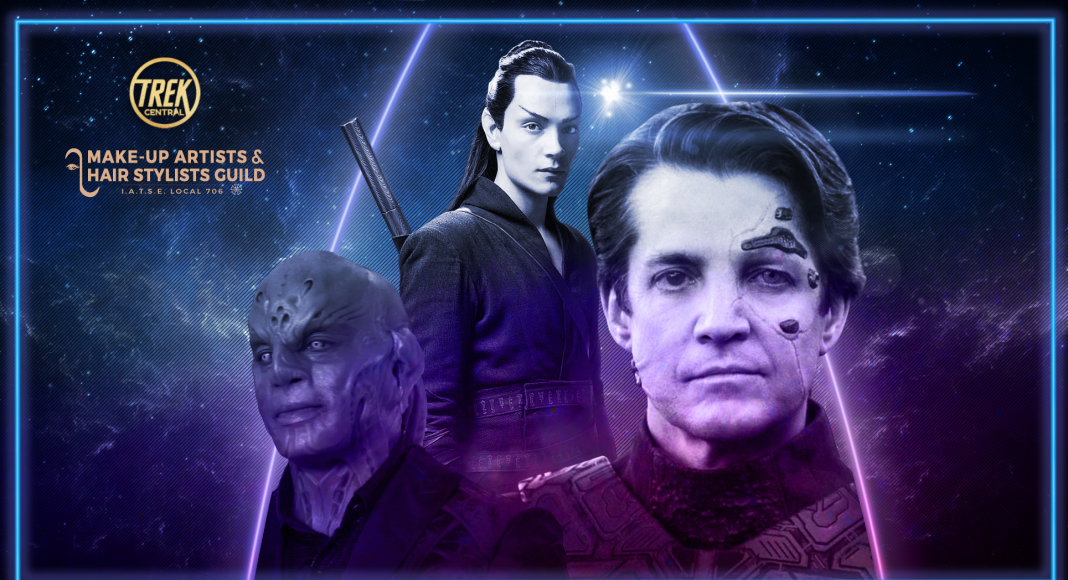 The Emmy award-winning team behind the special effects make-up on Star Trek: Picard are once again heading towards another award with their recent nomination from the Make-Up Artists and Hair Stylists Guild (MUAHS) Awards.

The 8th Annual Make-Up Artists and Hair Stylists Guild Awards, or MUAHS Awards for short, recently released the nominations for their upcoming ceremony which is due to be presented on 3rd April.

The MUAHS Guild is the American union that represents make-up artists and stylists in the film and TV industry. Its annual awards celebrate its member and their outstanding achievements throughout the year covering motion pictures, television, commercials and live theatre.

Stills courtesy of Startrek.com
1 of 4

Back in September 2020, the team behind the amazing prosthetics and makeup on Star Trek: Picard, won an Emmy for the episode ‘Absolute Candor’. The team consisting of James Mackinnon, Richard Redlefsen, Alexei Dmitriew and Vincent Van Dyke will once again be looking to build on their success with their nomination in the MUAHS Awards.

Picard’s MUAHS nomination comes in the Best Special Make-Up Effects in a Television Series, Television Limited or Miniseries or Television New Media Series category. They are also facing some touch competition with three of the five nominees coming from the sci-fi genre including The Mandalorian and Westworld.

The prosthetics on both Star Trek: Picard and Star Trek: Discovery has been nothing short of amazing and it’s only right that James Mackinnon and his team are receiving the recognition they are getting. We wish them luck in the latest round of award nominations.

If you would like to learn more about what goes on in the Special Effects Make-Up team the latest issues of Star Trek Magazine have exclusive behind the scenes specials and interviews with both James Mackinnon and Vincent Van Dyke. You can also check out startrek.com for videos and a gallery of images.

We will update you once the MUAHS Awards ceremony has been concluded on April 3rd and fingers crossed we will be bringing you news of more Star Trek: Picard accolades.