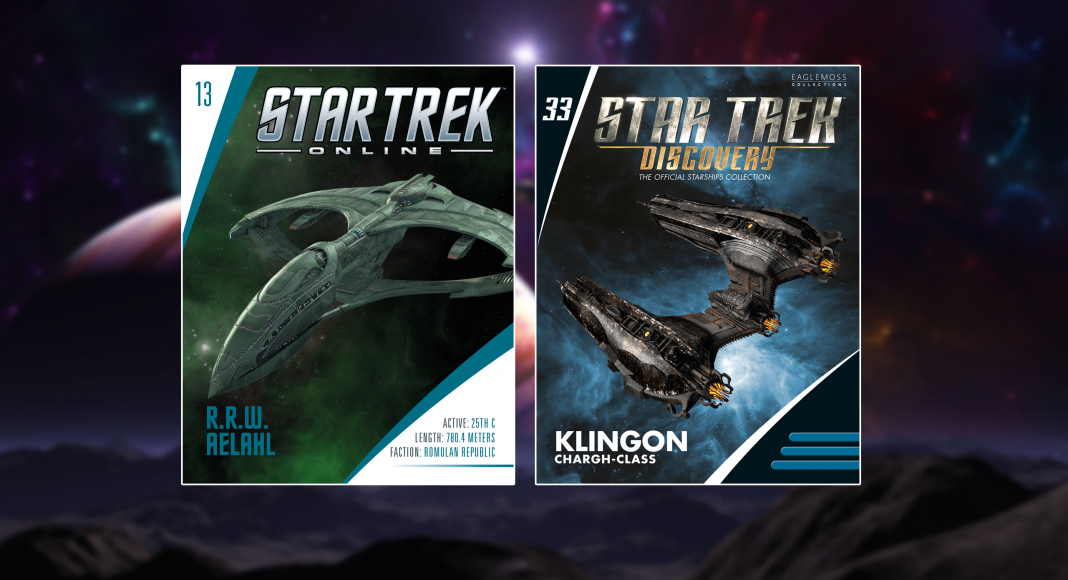 The Hero Collector Starships collection is some of the most collected memorabilia available to Star Trek fans. We preview the final entry in the Star Trek: Discovery series and look at issue 13 of Star Trek: Online.

It was announced back in October last year that the Star Trek: Discovery line would be coming to an end with issue 33 and a new series will take over. That new series will be Star Trek Universe which will include starships from across the franchise, starting with two ships from Star Trek: Picard, namely the La Sirena and the USS Zheng-He, both of which we previewed here.

With the Star Trek: Discovery line itself coming to an end, its likely that ships from any future series will form part of the new Universe series. However, we still have one last issue to look forward too and issue 33 will feature the Klingon Chargh-Class battleship.

A battleship in service to the Great Houses of the Klingon Empire in the 2250s, the Chargh-class used the same spaceframe as its cousin the Jach-Class – a minuscule primary hull with an impulse engine at its stern, flanked by a pair of enormous warp nacelles. The ship’s name means “conquer” in Klingon, suitable for its role in the Battle at the Binary Stars.

The final issue of the Star Trek: Discovery series will be launching in April 2021

Following the Discovery release, we have the next instalment of the Star Trek: Online starships. You can check out issues 12 if you missed it by clicking here. Issue 13 features the Aelahl Class Romulan Light Warbird which is a Tier 6 battlecruiser available in-game.

The Aelahl-class Light Warbird Battlecruiser was created by the Romulan Republic to fill a need for a more agile battlecruiser. Conceived as a successor and eventual replacement for the older D’deridex class, the Aelahl’s smaller size makes it slightly less durable, but what it lacks in hull strength it makes up for in maneuverability.

Issue 13 will be available back end of April – beginning of March.

Do you collect? Let us know what you’re looking forward to by joining in with us via our social media platforms and our dedicated Star Trek: Online Discord channel.