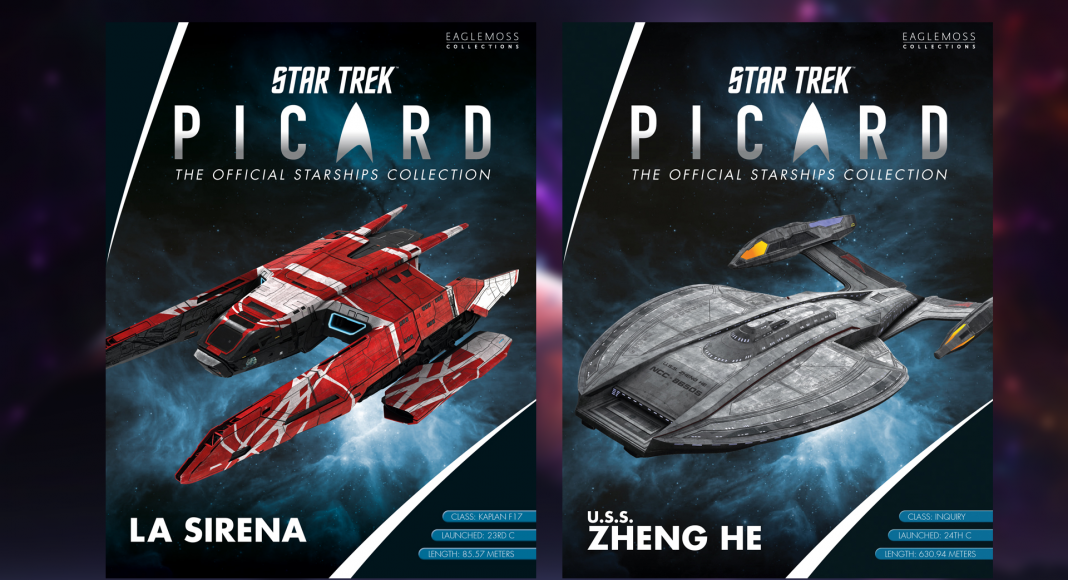 Building on the already impressive collection of starship replicas that have recently included Star Trek: Discovery and Star Trek: Online, Hero Collector release images and information on their April releases that introduce the first two ships in the Star Trek: Picard line.

The Official Starships collection continues to grow and shows no sign of slowing down. With the recently announced expansion to the Star Trek: Online line with the pre-order of the Mat’ha Class Klingon Raptor, Hero Collector have confirmed the first 4 ships in their new Star Trek: Universe collection with two new ships line up for an April release.

In April we will be able to pick up two ships that have already built up a somewhat iconic status. The first from the Hero Collector Picard collection will be the La Sirena, the ship captained by ex-Starfleet officer Cristóbal Rios and what became the ship used by Picard to solve the mystery of Soji Asha.

Launching in April 2021, a new Star Trek collection will feature ships from Discovery, Picard and Strange New Worlds – everything a modern Trek fan could ask for! The first four ships promised in this new collection are all from Picard: the signature La Sirena, the U.S.S. Zheng-He that Riker led into action, the modern update to the classic Romulan Bird-of-Prey, and Seven of Nine’s Fenris Ranger ship. These highly detailed and hand-painted ships will be cast at the same scale as the Discovery Starships Collection, to keep your collections compatible.

You can read more on the designing of the La Sirena by its creator Mark Yang, as well as see its various iterations through the designing process.

Next up from Hero Collector and its Picard line is the USS Zheng He, an Inquiry Class Federation Starship named in honour of a 15th century Chinese Admiral, and captained by William T Riker. Seen in the finale of season 1 of Star Trek: Picard which saw Riker take command again to help rescue his friend and former captain, Jean Luc.

Are you a collector of the Hero Collector Starships line, what are your favourites and will you be adding the Picard ships to your collection? Let us know via our social media platforms.