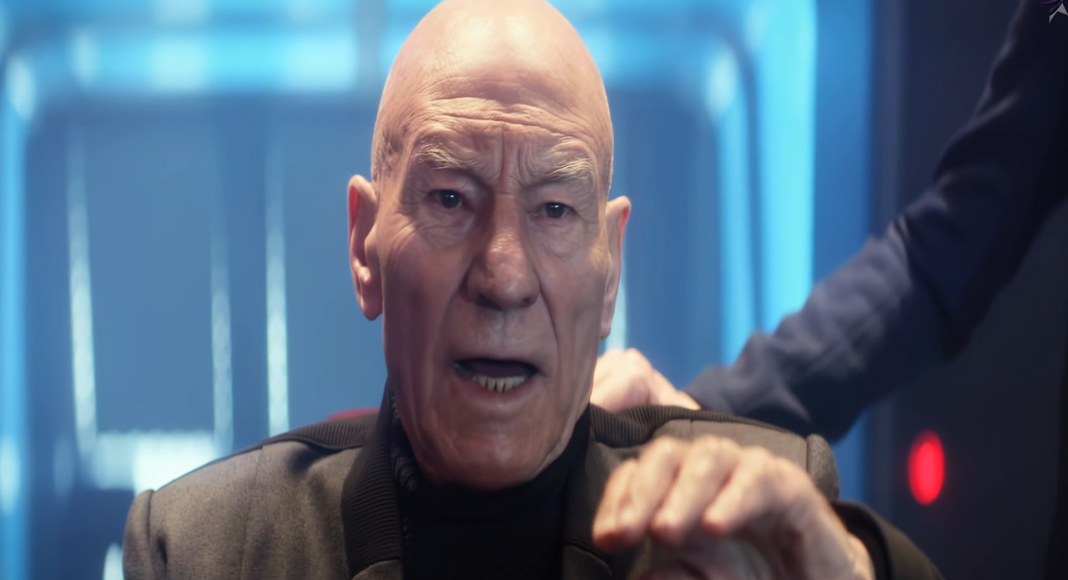 Finally, we’ve got more Picard content! The new Star Trek Picard Season 3 Trailer Reveals A New Enterprise! Yes, the Odyssey-class USS Enterprise-F is now canon. Originally featured in a video game. However, we’ve also got reveals of the new season villain—additionally, glimpses at the legacy characters of Star Trek: The Next Generation.

Saturday, the 8th of October, saw the Star Trek Universe beam down to New York Comic Con. Paramount+ debuted a new trailer for the third and final season. The big reveal is Picard and crew taking on the new villain, played by Amanda Plummer. She’s called “Vadic” and commands the warship “Shrike”. However, we’ve also got two returning villains.

Brent Spiner reprises his role as “Lore”. This was the brother of Spiner’s “Data” character, who was present in season one. Additionally, season 3 of Picard sees the return of Professor James Moriarty. Original actor, Daniel Davies, reprises the role from The Next Generation. It would seem Jean-Luc Picard has three villains to face.

We can’t forget both Jeri Ryan and Michelle Hurd. Both actresses return following Star Trek: Picard Season 2, which did see the departure of most of the cast. Sir Patrick Stewart has called the upcoming season “unexpected and questionable”. However, he was “thrilled about that because it leaves a question mark hanging over Picard’s head.”

You might have heard our Editor in Chief scream out of excitement. Yes, the Odyssey-class USS Enterprise-F is now canon in Star Trek. Spotted in the Picard Season 3 trailer is the Enterprise-F cruising along. Perhaps suggesting that Picard’s Enterprise-E has met its fate somewhere in the Star Trek Universe. However, this isn’t the first time we’ve seen the Odyssey class!

It is the lead ship in the MMO video-game Star Trek Online. Players can command their Odyssey-class in-game. However, the story content can see players team up with the Enterprise-F and her captain. Previously Sir Patrick Stewart did hint we’d see multiple Enterprises in Picard. Combined with comments by Showrunner Terry Matalas, it was expected we’d either see the Enterprise-E or F.