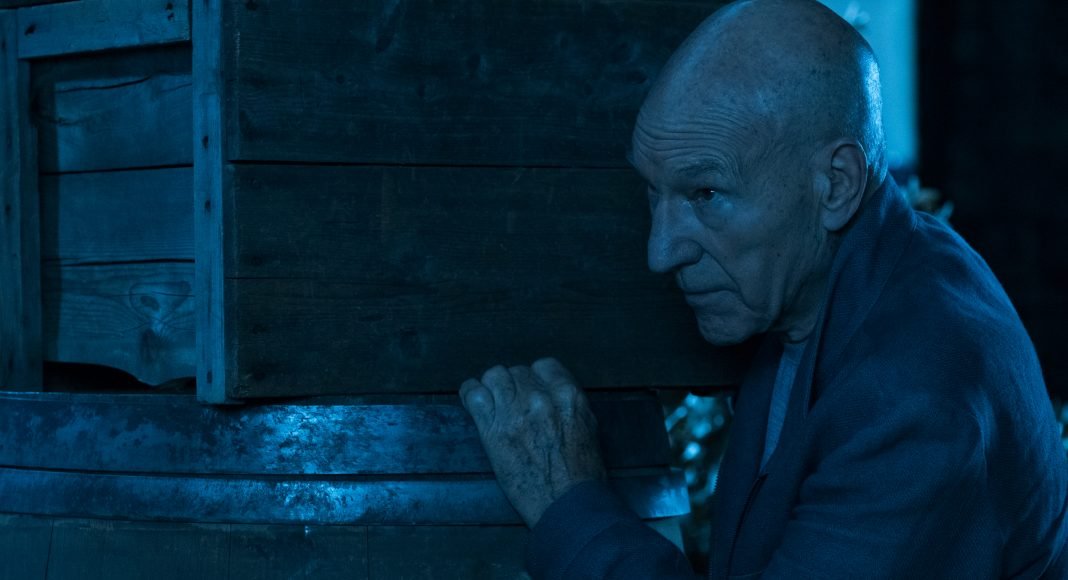 Finally, we’re at the penultimate episode of Star Trek: Picard Season 2. It’s been a long road getting from there to here, but we’ve almost done it. It would certainly seem like the last few episodes are picking up steam. The previews and trailers for Star Trek Picard Season 2 Episode 9 are presenting us with what appears to be a good-looking episode. However, will this episode meet Trekkies standards? Who knows, but we do have previews for this week.

Episode 9 is titled “Hide and Seek”. The official synopsis reads as follows:

Picard and his crew fight for their lives as they come under attack from a new incarnation of an old enemy. But to survive, Picard must first face the ghosts of his past. Seven and Raffi have a final showdown with Jurati.

Paramount has beamed down this week’s preview pictures for Star Trek: Picard!

It seems the editors woke up and chose violence. This week’s teaser trailer for Star Trek: Picard Season 2 Episode 9 is straight into the action. However, Instead of the Siege of AR-558, we’re getting the Siege of Chateau Picard it would seem? Either way, it looks action-filled and intense. However, one detail caught me off guard, but it has been one we’ve been talking about.

This would be the return of Elnor (Evan Evagora). It would appear that Doctor Jurati activates a hologram version of him. If I had to guess, and I will be, this is done via the Borg Queen’s take over of La Sirena’s systems. We’ve been aware of Elnor’s somewhat return as we’ve been paying close attention to the trailer for Star Trek: Picard season 2.

Hopefully, we do get our good Romulan Boi back at the end of Season 2. But in terms of character deaths, are we about to see someone else taken out of the picture? Jeri Ryan’s Seven of Nine might be meeting her end in this upcoming episode. Take a look at the trailer preview below.

The Queen I presume? Not quite, but it does appear that Jurati is becoming more and more of the Borg Queen with each scene. In the preview trailer for the Ready Room, we do see Agnes now wearing an outfit similar to that of the Borg Queen. Whether this is a hallucination, or she slipped into something casual, remains to be seen.

I feel like the battle between Jurati and the Borg Queen is a game of chess. Each player is moving their pieces to try and cut the other off. However, Star Trek: Picard Season 2 Episode 9 looks to give us a deeper understanding of both. Alison Pill’s Doctor Jurati has been a stand-out character this season. She continues to do so in the latest clip below.

It looks like that Elnor’s return will be short and simple. My bet is that he returns as a part of La Sirena’s complicated hologram mechanics. However, this is the Confederation starship, does it still have the same systems fitted as the Federation Timeline counterpart? Either way will see we multiple different versions of Elnor kicking Borg ass in the episode, now that I would love! Just as long as we don’t get that hospitality program.

Are we about to see the end of Seven of Nine? I doubt it. If characters were about to depart the show, I’d like to think we would have known about it by now. This goes for the discussion on whether we’ll be losing certain cast members of Star Trek: Picard before the upcoming third season. That does remain to be seen and anything is possible at the end of the day.

We’ve also got Adam Soong to concern ourselves with. Though, part of me thinks that Koree Soong might have an important part to play. It would make use of Isa Briones in the second season of Picard. Will she save the day, or does that sound rather cliche?

Star Trek: Picard Season 2 Episode 9 airs on Thursday via Paramount+ and on CTV Sci-Fi Channel and Crave in Canada. Additionally, the episode will air on Friday for International viewers via Amazon Prime Video.