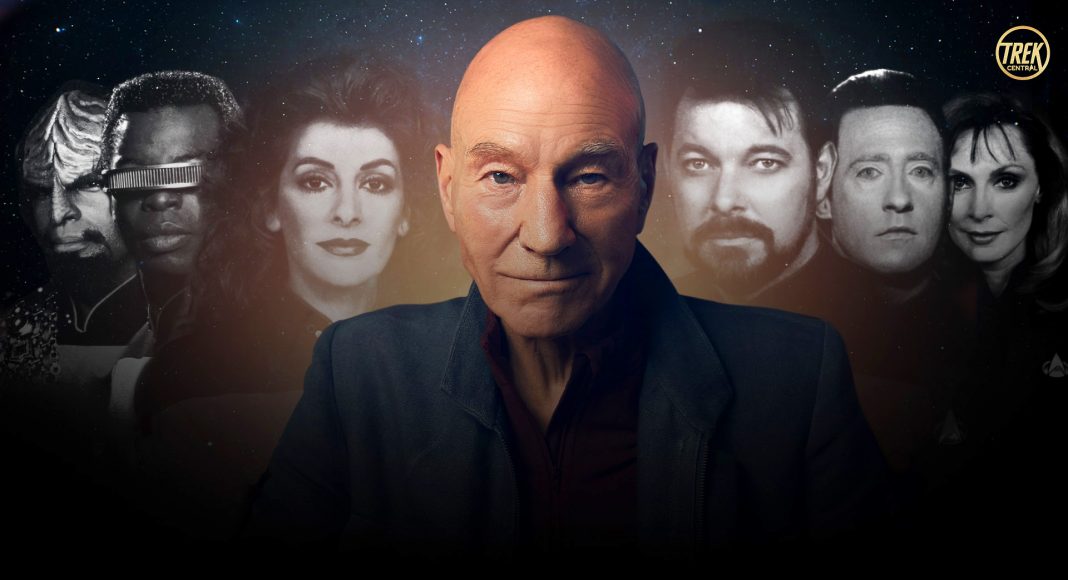 What began as a relatively quiet, uneventful Star Trek First Contact Day, suddenly exploded with one huge piece of news. Paramount made a specularly surprising announcement today, revealing old friends returning for Star Trek: Picard Season 3. The cast of Star Trek: The Next Generation are ALL returning for the final season.

It’s probably one of the most longed-for, and now best-kept secrets Star Trek has ever kept. One of those wishes we all dared make but didn’t really believe would come true. But it has. All the beloved members of Picard’s Enterprise crew will return for Picard‘s season 3.

Paramount revealed today that LeVar Burton, Michael Dorn, and Jonathan Frakes will return. Additionally, Gates McFadden, Marina Sirtis, and Brent Spiner are all set to star alongside Sir Patrick Stewart once again. In what will be the legendary Captain’s final outing.

“I remember watching the premiere of ‘Star Trek: The Next Generation’ almost 34 years ago with my father like it was yesterday. It was the spark that ignited my love for science fiction,” said Terry Matalas, season three showrunner and executive producer. “So, it’s most fitting that the story of Jean-Luc Picard ends honoring the beginning, with his dearest and most loyal friends from the U.S.S. Enterprise. It would be an understatement to say that giving these characters a proper send-off is an honor. The entire STAR TREK: PICARD team and I can’t wait for fans to experience this final, high-stakes, starship-bound adventure in season three!”

Fans have been vocal about TNG’s cast since Star Trek: Picard began. Many have questioned where these individuals are in Jean-Luc’s life. We’ve already been treated to Jonathan Frakes and Marina Sirtis as their respective characters. Additionally having Brent Spiner as his legendary character of Data. Also, we’ve got Spiner once again in Star Trek: Picard Season 2.

Season 2 already has three notable Trek legends. These are John De-Lancie’s Q, Whoopie Goldberg’s Guinan, and Annie Wersching’s Borg Queen. However, fans still crave the main cast of The Next Generation. As Terry Matalas puts it, the final Picard adventure is going to be high stakes.

This makes total sense. Sir Patrick Stewart has indicated that he is tired and wants a rest. Fans will have to settle that Star Trek: Picard Season 3 is likely the very, very last time we’ll see Jean-Luc Picard on-screen. But it might not be the end for some of the TNG cast. This reunion might give some the boost they need for their own spin-off series. Star Trek: Strange New Worlds has proven that even 50+year-old characters are still wanted by fans.

Make It So, One Last Time!

Given the excitement for the above trailer, Trek Central’s Dom Paris has broken it down. Enjoy our dedicated video taking apart the teaser, for any sneaky easter eggs. Speaking of easter eggs, the creative team of Star Trek: Picard Season 3 has been dropping hints.