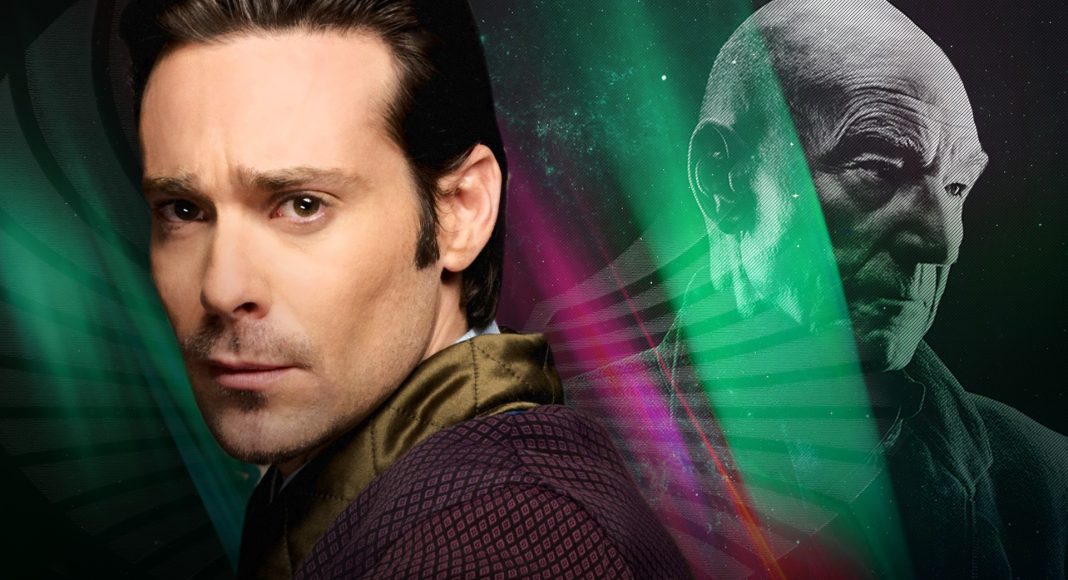 James Callis Is A Villain In Star Trek: Picard?

The hype for Star Trek: Picard Season 3 is real right now. Yesterday’s announcement has given the Star Trek fandom something they never thought would happen. The cast of Star Trek: The Next Generation is finally returning. Boldly going once more into the final frontier to send Picard off with a bang. But what about the third season? We’re being teased about a new villain, and we think that actor James Callis might have something to do with this.

“One helluva villain” is how Christopher Monfette, Co-Exec Producer on Star Trek: Picard describes it. Immediately online fan theories are starting to generate. Are we seeing another Borg Queen, are the Q going to take revenge? Personally, I’m loving the idea of Sela (Denise Crosby) returning. Our topic today slightly leans into that point, so let’s explore more on whether James Callis Is A Villan In Star Trek: Picard?

So, James Callis, you ask? This idea comes from some news that Trek Central covered in February 2022. A listing on IMDB pointed out that a stunt actor for Callis was in Star Trek: Picard. Additionally, IMDB is not super reliable, so we’ll take that with a pinch of salt. However, Callis has previously worked with Star Trek: Picard Showrunner, Terry Matalas. Both worked together on 12 Monkeys.

James Callis is well known for his role as Gaius Baltar in Battlestar Galactica‘s reimagined series. A role he won a Saturn Award for Best Supporting Actor on Television in 2006. Additionally, while also working on 12 Monkeys with Matalas, he has worked on Macgyver in 2020 as well.

When we look at Callis’s acting performances, he certainly has the potential to play a notable Star Trek villain. Thinking about it, even more, I’m certain he could play a very complex character. One Trek could do super well with. What is even more interesting, is according to production news, Callis has not been in any series or movie production since MacGyver in 2020. Star Trek: Picard Season 3 only recently wrapped, so if Callis is in the third season, it would explain the year’s absence in productions.

Thinking about characters, or Star Trek species that James Callis could play would be Romulans. This could perhaps link with the fan demand that the Romulan Commander, Sela should appear again. We see Sela in The Next Generation, as a worthy Romulan Villian against Captain Picard.

The Romulans are a worthy adversary to Jean-Luc Picard. The species is focused on in the first season, some would say that it is not resolved. Sure, the “evil” Tal-Shiar and Zhat Vash agents are dealt with, but what about the people? The Romulan Star Empire is no more. Cleaning up the issue and resolving what happened to the people would make even more sense in my opinion.

However, while Sela’s story in Star Trek Canon is left in The Next Generation, but books and games would continue it. The video game, Star Trek: Online, explored the idea of “Empress Sela”. By 2408 in-game, Sela had been crowned “Empress of the Romulan Star Empire”, and was the de-facto leader of the Romulan people. Could Star Trek: Picard borrow a story element like this? They’ve already incorporated STO’s starships after all.

James Callis’s Battlestar Galactica performance speaks for itself. Gaius Baltar might be compared to a Romulan character. Think about it for a second. The species are typically thought of as duplicitous and self-serving. I’d say it matches with how Gaius is perceived in BSG.