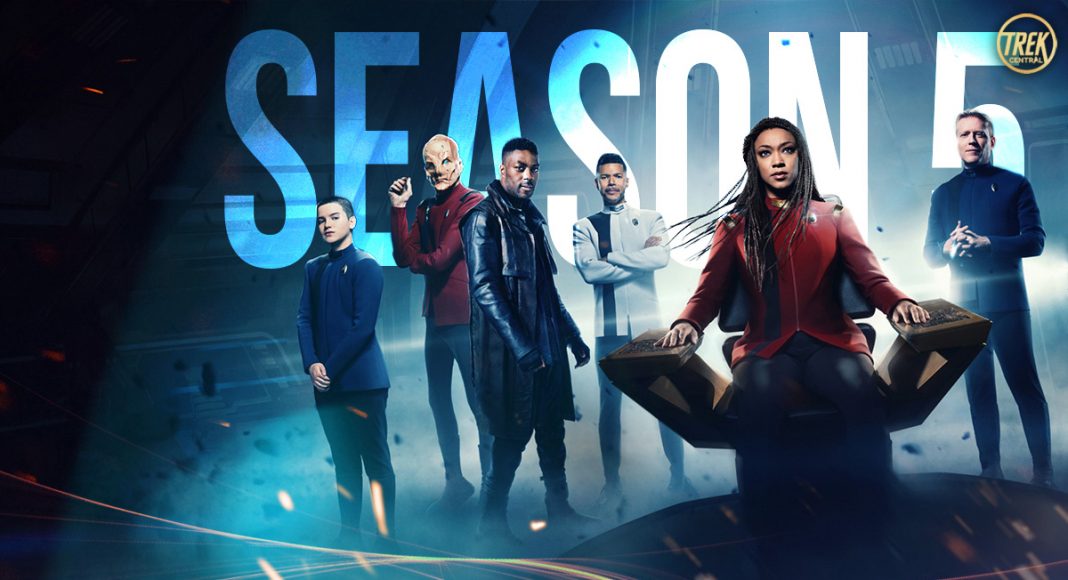 Everything We Know About Star Trek: Discovery Season 5!

We’ve got some details on what Trekkies can expect from the upcoming Season 5. Renewed in January, it is expected to be released in 2023. In addition, Discovery Season 4 was 13 episodes, season 5 will be 10 episodes. This aligns with other shows like Star Trek: Picard and Star Trek: Strange New Worlds.

Yes, Paramount is making Star Trek: Discovery Season 5. Showrunner and Exec-Producer, Michelle Paradise, has also confirmed that work is in “full swing” for the upcoming season. No release date has been announced, yet all eyes are on 2023. For instance, industry news has listed a June start date for production.

Alex Kurtzman recently released a statement talking about the renewal along with others. It reads as follows.

Many Trekkies have been wondering if season 5 is the end of the road for Star Trek: Discovery. However, actor Doug Jones, who plays Captain Saru, originally hinted there was a five-year plan. After that, he did say this was “three showrunners ago” and that Discovery could go on much longer. In addition, it does appear that with the jump to the 32nd Century in the third season, this is, even more, the case.

During an interview with The Hollywood Reporter in 2020, Kurtzman expanded on his thoughts. “I’m going to say, in all honesty, there are years and years left on Discovery.”

Mary Wiseman’s Tilly returned in Season 4’s finale episode but was this only a cameo Osunsanmi couldn’t confirm how much she’ll return, but viewers can expect to see more of Tilly in Star Trek: Discovery Season 5. “She’s a part of Discovery. It would be weird not to have her”. Osunsanmi recently sat down with TVLine for an Interview regarding the finale of Season 4.

Chelah Horsdal’s President Laira Rillak has been received extremely well by the fandom. It wouldn’t be a surprise to see her returning for Season 5, alongside the likes of Oded Fehr’s Admiral Charles Vance. However, given the start of a relationship between Saru and President T’Rina (Tara Rosling), I doubt we’ve seen the last of her.

Paramount’s “First Contact Day” Star Trek event is coming up on April 5th, 2022. It’s likely we can expect perhaps a hint of Discovery’s next adventure in the Star Trek Universe. Therefore, until then, we’ve got nothing to go on based on Star Trek: Discovery’s Season 4 ending.

In conclusion, while we wait for Star Trek: Discovery Season 5 to beam down, we’ve of course got our attention on the finale frontier. Star Trek: Picard Season 2 is airing right now, and has started off with a bang. All eyes are on the upcoming Star Trek: Strange New Worlds, streaming May 5th, 2022!

You can now catch ALL episodes of Star Trek: Discovery Season 4 via Paramount+. International viewers can use PlutoTV, or find the season on the likes of Amazon Prime Video for purchase.

? – Where We Left Off With Star Trek: Picard’s La Sirena Crew