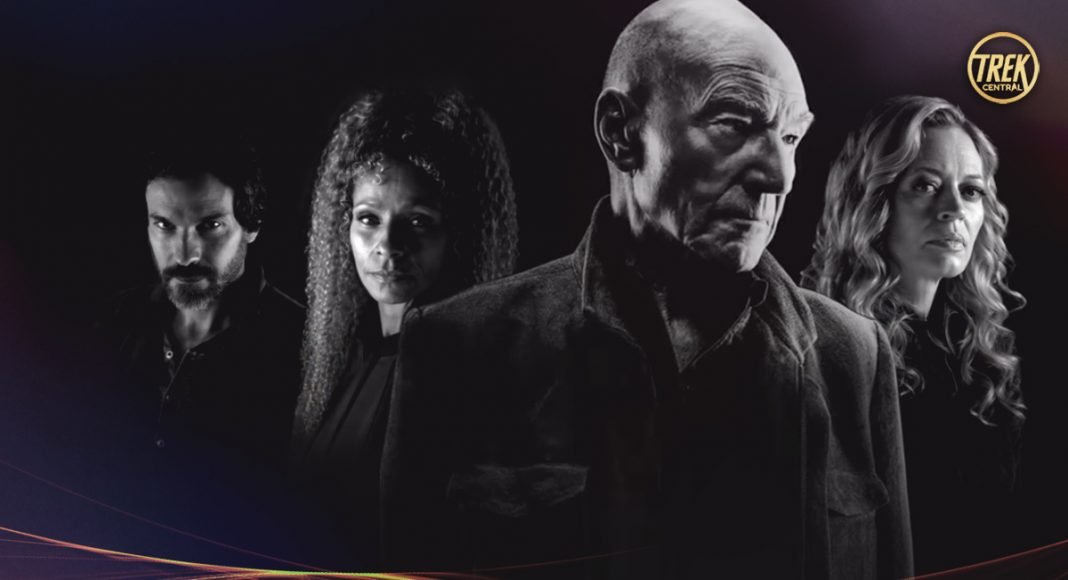 Where We Left Off With Star Trek: Picard’s La Sirena Crew

We are mere weeks away from the second season premiere of Star Trek: Picard. If it feels like it’s been a while since we last saw the show, that’s because it has been! It’s been nearly two years since the first season ended. The ongoing Coronavirus pandemic has made film and television production challenging. But since it has been so long since the first season ended, we thought it would be good to remind everyone of where the La Sirena crew last left off.

Star Trek: Picard’s latest trailer for Season 2 has given us a new look at the crew.

As Picard’s hired man, Captain Rios (Santiago Cabrera) helped plot and execute his plan to gather a team and rescue Soji. Rios is not only a capable pilot, but his years in Starfleet equipped him with skills for away missions and combat situations. Like Raffi, Rios’ departure from Starfleet was tragic and traumatic. He suffered PTSD following the last mission on the Ibn Majid. Which included the death of his former commander, Captain Vandermeer. While Rios liked to pride himself on being outside Starfleet, that was not true. Picard called him out that his way of operating the civilian La Sirena was full of Starfleet protocols. The connection between Picard and Rios grew through the course of the season to one of mutual respect. Rios even laments Picard’s “death” at the end of the season.

Season Two trailers hint that Rios and the La Sirena will be central to Picard’s next mission. I hope that we get to see more of Rios’ emergency holograms based on different facets of his personality.

We learned via flashbacks that Raffi assisted Admiral Picard during the Romulan relocation project. Their relationship became so close that Raffi would use the “JL” nickname and forego the formalities of rank. This is something we did not see from Picard with his Enterprise crew, which testifies the uniqueness of that project and his rapport with those who were under his command during that portion of his career. Yet when Picard resigned in protest, Raffi was discharged from Starfleet. The two had a falling out, and their relationship was a tumultuous one during most of Picard’s first season.

She assisted Picard again, but only with hesitation. Raffi became one of my favorite characters in the first season. She clearly wrestled with her own feelings about Picard, all while still holding admiration for him. And in the end, the two had a reconciliation with each other. I enjoyed seeing that occur in the finale. I’m looking forward to the two of them working together on La Sirena’s next season’s mission.

Dr. Jurati’s arc had some…interesting turns in the first season. To begin and end the season, she was a lighthearted and kind presence, which helped soften some of the series more serious tones. That is until she abruptly murdered Dr. Bruce Maddox. Dr. Jurati doesn’t have a lot of skills in espionage, as she failed to cover her actions well. She ultimately injected herself with a solution that neutralized the tracker in her bloodstream, confessed her actions to Picard, and vowed to help him and Soji on Coppelius. She played a pivotal role in saving Picard, as she assisted Dr. Alton Soong in the transferring of Picard’s consciousness and history into the golem body.

What awaits for Agnes remains to be seen. Will she be held accountable for killing Dr. Maddox?

I don’t technically know if Seven joined the La Sirena crew. She assisted them throughout the season, but never truly stayed onboard. However, her inclusion on the bridge during the season’s final moments leads me to believe she joined them for a time, and we know for certain that she is with them in season two. The former Voyager crew member and Fenris Ranger is last seen playing the Vulcan game Kal-toh in La Sirena’s mess hall with Raffi. And there appeared to be a budding romantic relationship there.

It’s going to be interesting to see where this relationship goes, and I’m personally looking forward to learning more about Seven’s life post-Voyager. Seven is radically different in Picard than Voyager. She’s much more human, she has a life helping those without hope, and she doesn’t pretend that is a pretty life.

As a child, Elnor was a survivor of the Romulan supernova tragedy, and was taken in by the Romulan sect, Qowat Milat on Vashti. He developed a friendship with Jean-Luc Picard during the relocation efforts. After the attack on Mars and the Federation’s withdrawal from Romulan assistance, Picard didn’t return to visit, but sought an adult Elnor’s help on his mission to find Soji. Elnor bound himself to Picard’s cause, but spent the majority of the season helping Hugh, Seven, and the other XBs from the Zhat Vash threat. Elnor played a role in helping the rest of the La Sirena crew on Coppelius, and remained by Picard’s side at season’s end.

Perhaps no new character had such a complete arc in the first season as Soji. She began the season unaware that she was a synthetic life form, only to be “activated” during the dubious acts of Narek, one of the Zhat Vash agents on a mission to eradicate synthetics. And as she discovered her true identity, Picard and crew appeared to rescue her, already aware of her status, and with the information that she is Data’s “daughter”.

Rightfully skeptical that Picard is helping her, Soji gets a brief counseling session from Deanna Troi and some friendship from her daughter, Kestra. Through that she becomes more comfortable, and slowly begins to trust Picard. When La Sirena reaches Coppelius, Soji is once again torn about who she is and what she should do, and ultimately who she should side with. In the end, she heeds Picard’s wisdom and his lesson on what it means to live. With La Sirena leaving Coppelius, Soji joins them, noting that the Federation’s ban on synthetics has been lifted.

For our beloved former Enterprise captain, he ended the season with a new life. This is both literal and symbolic. As is well-known at this point, the human body of Jean-Luc Picard failed immediately following his heroic mission saving Soji and her people. Picard’s brain abnormality, first introduced in The Next Generation’s series finale “All Good Things”, caused Picard’s death.

But his entire history and consciousness were transferred into the Soong-created “golem” body. His appearance and personality is the same. He is the still same Jean-Luc Picard, but can now live without the terminal disease. This new life if not merely literal. The closing scene of season 1 had him on the bridge of the La Sirena giving the order to engage, and his signature phrase has the life and authority in it that it did during The Next Generation run and its subsequent films. We’re looking forward to the next adventure with Admiral Picard.