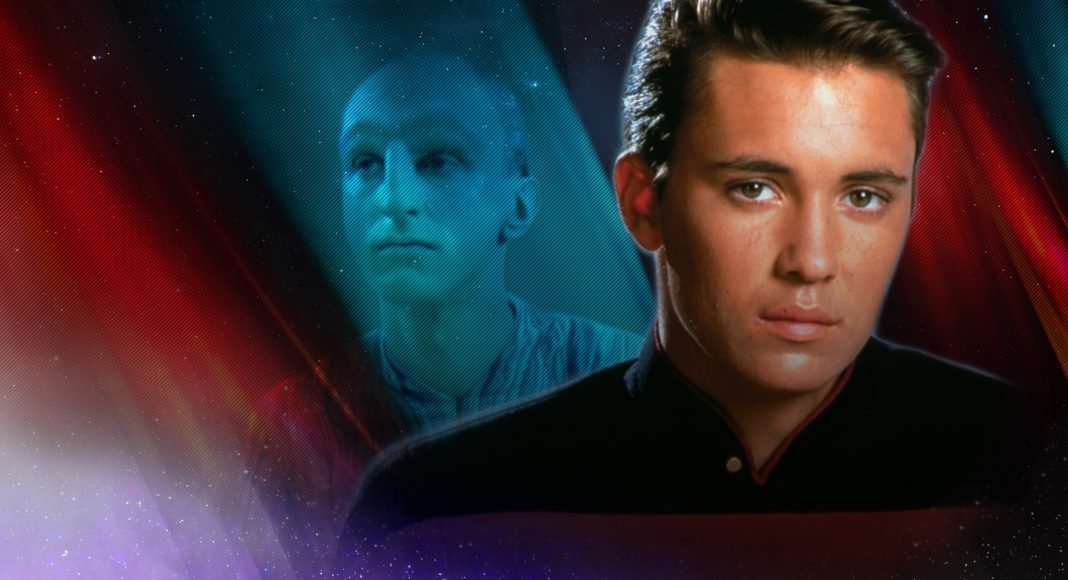 You might think I am crazy but stick with me. Is Wesley Crusher about to save Jean-Luc Picard in Star Trek: Picard Season 2? Yeah, it does sound a bit odd doesn’t it? Our latest evidence may point to a return of the once young boy of the Enterprise-D. While actor Wil Wheaton may be hosting The Ready Room Aftershow, could he also be putting on his commbadge once more?

Picard Season 2 is drawing to a close. The final episode airs next week on Thursday, May 5th (and 6th for all of us International people!). However, we do have a new theory about Wesley Crusher saving the day. Additionally, Picard and his crew are now without a ship in the past of 2024 it would seem. Let’s dive in and explore more.

It would seem our theory was correct! With the arrival of Star Trek: Picard Season 2’s Finale episode, so was our correct theory. The episode saw Wil Wheaton briefly reprise the role of Wesley Crusher. The good news is that Wesley is still a Traveler, which is fantastic for the lore in my opinion.

Crusher returns following the conclusion of Adam Soong’s (Brent Spiner) storyline in the second season. Wesley offers a choice of a better future to Kore Soong (Isa Briones). It would appear that she’ll go off and become a Traveler with Wesley and the others. However, it was a shame Picard and Wesley did not meet up. Though Jean-Luc was busy dealing with Q. Is Wesley Crusher About To Save Picard? Nope!

Wesley’s return to Star Trek also solves a big canon question. It is revealed to viewers that the Travelers are the ones who dispatch The Supervisors. The likes of Tallinn are dispatched by the Travelers to monitor the history and the destiny of important figures, such as Renee Picard. So not only did we get Wesley, but also the answer to some big Star Trek Lore questions! Impressive stuff!

The last time we saw Wesley Crusher, not counting Star Trek: Nemesis’s deleted scene, he was leaving to become a Traveler in a sense. The idea of him leaving Starfleet to explore his new destiny has always been an odd one. However, going with The Traveler to explore other planes of existence does sound interesting.

Essentially The Traveler was a being of immense power. He first appeared in Star Trek: The Next Generation Season One’s Episode 6 “Where No One Has Gone Before”. Additionally, this mysterious being had the power to alter space, time, and warp fields. Just with the power of his mind. Sorta reminds you of another all-powerful species we’re very familiar with in the last 9 weeks.

Wesley Crusher would eventually meet The Traveler once again. This time, Cadet Crusher resigned from Starfleet and joined The Traveler to explore his true destiny. Jean-Luc Picard and Doctor Crusher were disappointed but understood the young man needed to follow his new journey.

Now what some might find interesting, is that according to some material, the Q Continuum is aware of The Traveler. Apparently, the Continuum respected The Traveler enough that he had a “significant reputation” among their species. The Female Q, seen in Star Trek: Voyager, was almost impressed by Wesley being chosen by The Traveler.

Star Trek: Picard Season 2’s Official Soundtrack is now released! However, it does contain tracks for the final episode that we have not heard yet. Naturally, because Episode 10 airs this coming week. However, track 24 is titled “The Travelers”. Could this be suggesting that Wesley Crusher and The Traveler himself might be coming to the rescue of Jean-Luc Picard and the crew?

Potentially, but this could just refer to the idea of Time Travelers in general. If you listen to the track linked below, you might hear some familiar bits of music in it. For instance, it does end with the Picard Hero riff we’ve come to see in other soundtracks right now. Additionally, track 26 called “Guardian at The Gate”, also has similar Star Trek themes in it.

The idea of Wil Wheaton returning to Star Trek is not a new one. Additionally, with the announcement of The Next Generation cast returning, it has gained momentum once again. Wil Wheaton has addressed fans’ ideas and dreams of him returning, but sadly this might not be what people have wanted to hear.

Writing in his blog post, Wheaton addressed his idea about returning to the Star Trek Universe but added his own personal twist. Wheaton still believes that Wesley is a Traveler Time Lord and even though his appearance in Nemesis raised questions, that is still the case. Sadly it does appear that with Wil Wheaton addressing these speculations in his blog, it is unlikely he’ll return.

So Is Wesley Crusher About To Save Picard? Who knows! Given Wheaton addressing the TNG Cast Return, I’m personally going to say it is doubtful. However, this is Star Trek: Picard, anything is possible! Showrunner Terry Matalas has many surprises and such up his sleeves, so he might have one final card to play with the ending of Star Trek: Picard Season 2.

Star Trek: Picard Season 2 Episode 10 airs on Thursday, May 5th via Paramount+ and on CTV Sci-Fi Channel and Crave in Canada. Additionally, the episode will air on Friday for International viewers via Amazon Prime Video.