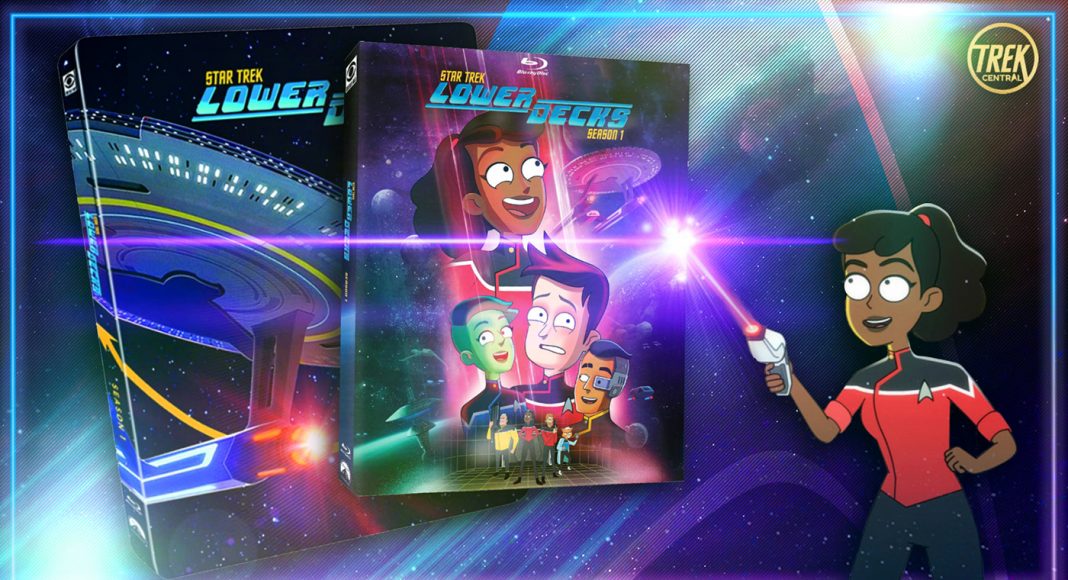 The first season of Star Trek: Lower Decks is coming soon to Blu-ray, DVD, Steelbook and Download and Keep,

Star Trek: Lower Decks made its debut in August 2020 in the US and then internationally via Amazon Prime in January 2021. Described as the first adult animated comedy in the Star Trek universe, the show focused on the often-overlooked contributions of the officers and crewmen of the lower decks of a starship, in this case, the USS Cerritos.

While the first season is still available to stream on Amazon Prime, it’s not known for how much longer with the impending arrival of Paramount+ this week and its aim of an international release later in the year. So, it seems timely then that the adventures of Boimler (Jack Quaid), Mariner (Tawny Newsome), Tendi (Noel Wells) and Rutherford (Eugene Cordero) will be available to purchase on Blu-Ray, DVD, Steelbook and Download and Keep from May 18th.

While this date seems to be for the USA release, there is no confirmed date for the international release, but it could follow suit with the release schedule for Picard and come to UK shores around 3 months following the US.

Series creator Mike McMahan, writer and executive producer of “Rick and Morty”, takes you where no Star Trek series has gone before – to the lower decks! Join rule-breaker Beckett Mariner, aspiring captain Brad Boimler, rookie D’Vana Tendi and part-Cyborg Sam Rutherford as they attempt to navigate the most mysterious corners of our universe with very little experience – and even less authority. Star Trek: Lower Decks Season 1 features nearly 2 hours of exclusive special features and includes guest appearances by Paul Scheer (“The League”), Jonathan Frakes (“Star Trek: The Next Generation”), Marina Sirtis (“Star Trek: The Next Generation”) and more!

As well as all ten episodes that makeup season 1 of Star Trek: Lower Decks, fans can also expect over two hours of additional extras, details of which are below:

For more details and to pre-order your copy you can visit Amazon via the below links:

You can also check out Trek Centrals full season review of Star Trek: Lower Decks via our YouTube channel: