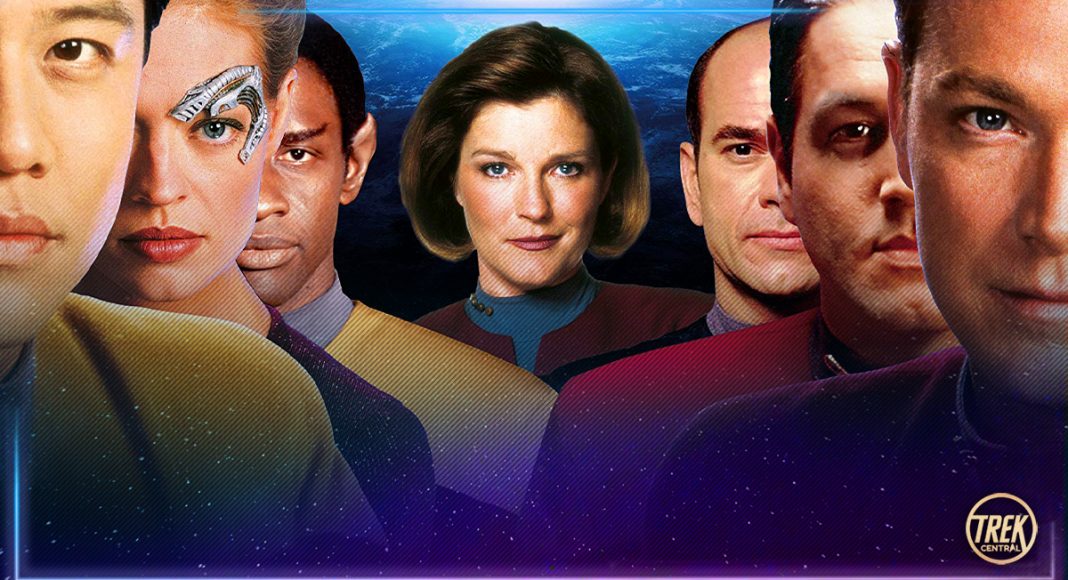 A few years ago Star Trek: Deep Space Nine documentary What We Left Behind managed to capture the imagination and hearts of passionate fans’ worldwide. It successfully crowdfunded over $500,000 in backing to complete its production. The film promised and delivered on two crucial things: to remaster scenes from DS9 in HD, and to bring together all the key figures from the show.

Ira Steven Behr was the driving force behind the What We Left Behind project. The former Executive Producer for DS9 (1995-99), Behr’s passion was palpable, helping carry the project to success. Behr teamed up with actor/producer David Zappone to co-direct the film. This wasn’t Zappone’s first rodeo either, having completed several Trek documentaries including For The Love of Spock, Chaos On The Bridge and The Captains.

What We Left Behind is now available worldwide, leaving the pair to turn their sights to a new project – giving Star Trek: Voyager the documentary treatment. It’s something many fans have been crying out for, and enthusiasm is already running high.

“It’s been over 25 years since Voyager first got lost in the Delta Quadrant and took us all on an incredible seven-year journey. It is now time to revisit, celebrate, and fully explore what made this Star Trek series so special. The cast and crew of this groundbreaking show deserve the highest recognition, and with your help, we are going to make happen!”

455 Films (Zappone’s production company) launched their campaign just a few hours ago and are already smashing funding goals. The total has now surpassed $350,000, and that’s in less than 24 hours!

The production is already underway, but the extra funding from the campaign is crucial to successfully complete the project. Funds raised will pay for a variety of production expenses, from footage licensing to scoring the film. For those who want to get involved the list of rewards is extensive, starting at a very accessible $5 and going all the way up to a hefty $10,000. Each level has different ‘perks’ to reward the support. Those perks include digital posters, behind-the-scenes books, pins, t-shirts, and zooms with the cast. Plus, for fans with the bank balance, a chance to purchase a producer credit and some serious bragging rights.

Hopefully, the Voyager documentary’s funding can emulate the previous campaign’s success, it’s certainly on course to surpass its predecessor. If Behr and Zappone can keep the funding coming in, stretch goals mean the production will expand the documentary to feature-length, along with adding an originally composed score. The production is also hoping to film at Destination Star Trek, held in London this November. It was originally scheduled for 2020 but was delayed due to the pandemic. The event had planned to bring together all the original cast of Voyager for a 25th Anniversary celebration. It’s now scheduled to take place 12-14 November this year, though of course, this will depend on the status of any possible restrictions.

You can check out the full list of perks still available, plus more production details, and of course, get involved by heading over to the Indiegogo page. And don’t forget to check out the campaign video for some fun moments with Voyager alumni!