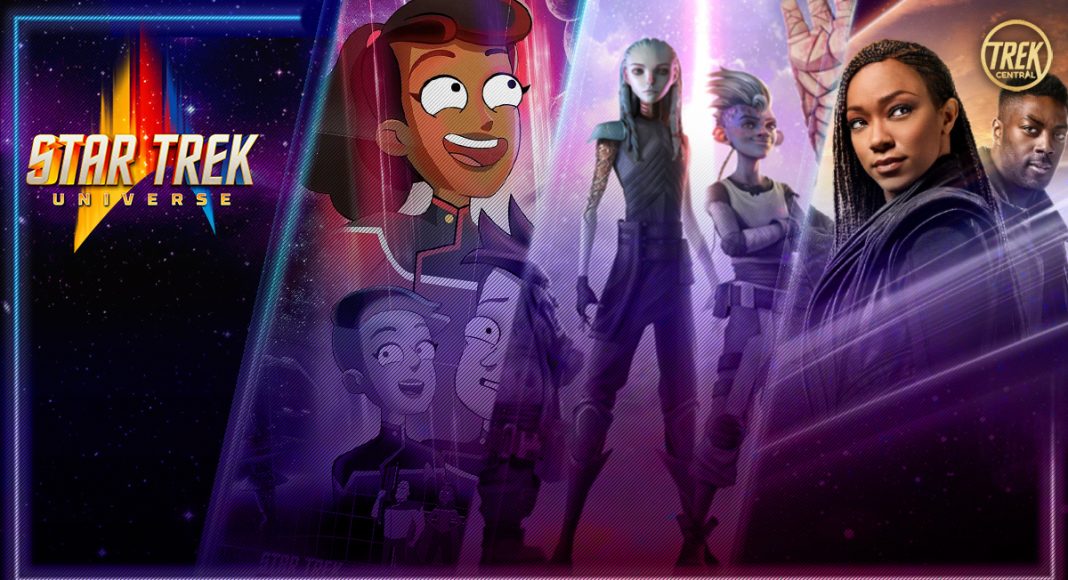 It’s been a huge week for Star Trek news, with our first look at Star Trek Prodigy, updates on production status for Section 31, ‘new shows’ in development, as well as more plot details for the litverse summation trilogy ‘Star Trek: Coda’. We’ve rounded-up our coverage, plus more stories from around the web…Trek it out!

The big news of the week of course is not one, not two, but three new seasons of Trek will drop this year from Star Trek: Discovery (season 4), Lower Decks (season 2), and the premiere season of the new animated kids show Prodigy. That’s 33 new episodes of Star Trek potentially all in 2021…READ MORE

We were also introduced to the new ‘bridge crew’ from Star Trek: Prodigy, with our first look at not only the new characters, but also the style of the show. Here’s hoping for a trailer soon…READ MORE

The Paramount+ Investor’s day presentation re-stated the intention to drop a new Trek season every quarter, so it’s likely one of these shows will premiere soon. We also got an update on the franchise as a whole, including some uncertain news for Section 31… READ MORE

Star Trek: Strange New Worlds filming got underway on Monday. There’s no official announcement as of yet, but there were plenty of signs of activity from listings on official industry sites like Ontario Creates, to photos of the production out filming at various locations in Toronto. You can find info on everything we know so far from our post a few weeks ago…READ MORE

This weekend marks the 6th Anniversary of the passing of the great Leonard Nimoy. StarTrek.com marked the event with a series of articles including a fantastic set of vintage behind-the-scenes photos, and a dive into Leonard’s directing work on Star Trek movie ‘The Search for Spock’….READ MORE

Director Hanelle Culpepper made history for the franchise when she directed the premiere episode of Star Trek: Picard, along with 2 other episodes for season one. Recently nominated for a NAACP award for her work on the show, Culpepper penned a guest column for major entertainment site Deadline about “her personal and professional perspective on the industry and the challenges achieving equality“… READ MORE

Of course last week we reported that cameras were finally rolling on Star Trek: Picard season two, so we decided to take a dive into our wish list for guest stars who might be making an appearance this season. The rampant excitement fueled speculation wasn’t helped by Jonathan Frakes dropping the image below on his Twitter…

VICE are not exactly known for their geek themed content (though it’s not unheard of), but this week they took an in-depth look at the history of the Klingon language…READ MORE

ICYMI: More reviews and previews from this week:

And Last week’s Trek This Out with all the news from Trek Central and the best from around the web: