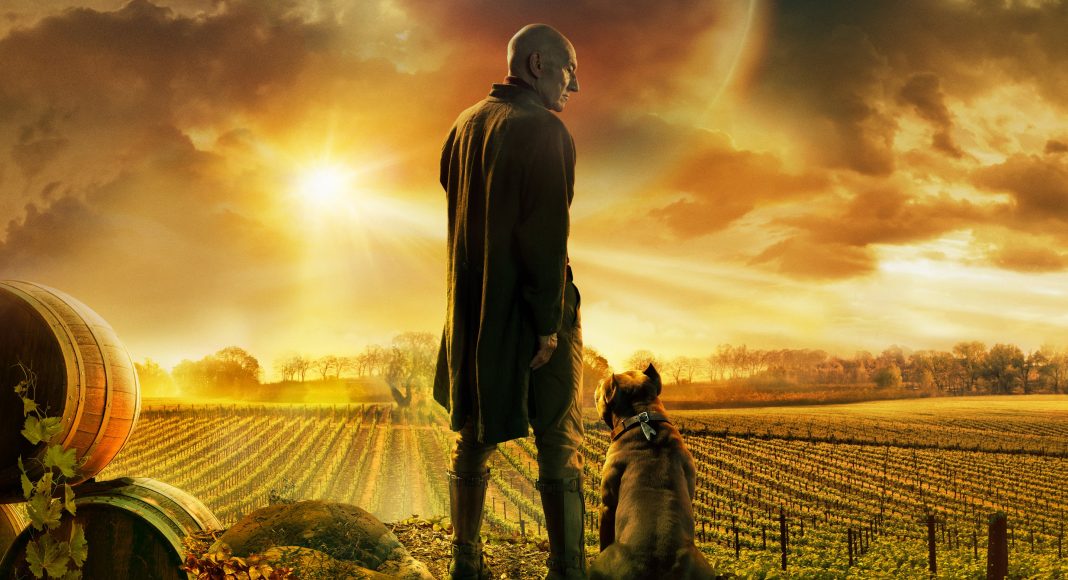 By the time Star Trek: Picard premieres its second season on March 3rd, it will be nearly two years since the first season wrapped. A lot has happened in the world in that time, and during that period, I’ve rewatched Picard a few times. I enjoyed the series when it first aired, and I find more and more richness to it upon subsequent watches.

Recapping leading into Season Two, I wanted to highlight the successes of the first season. As well as acknowledge some things that didn’t work. Like always, reviews are subjective. I could go into much more detail about any of these but wanted to discuss what stuck out after a few watches.

Being Reintroduced to Picard

As far as Star Trek premieres go, I thought Picard is one of the best. Patrick Stewart settles back into the role easily, of course. And the tone and setting seem right. Picard has aged with time. He’s retired, He’s still the same person, but one clearly wrestling with decisions of his past. I enjoyed the exploration of Picard as a person, rather than a captain. The moment where Picard begins caring for Dahj in her turmoil was like seeing the Picard of old. Dahj was the proxy for us as viewers. As we walked with Picard through what followed, he would be walking with us.

A late 24th Century setting cannot ignore one of the few events from Star Trek 2009 that took place in the Prime Universe: the destruction of Romulus. The writers rightly had Picard respond to that galaxy-changing event. The Federation and the Romulans had a longstanding cold war. The fall of the Empire undoubtedly changed the Federation’s status. And using this situation as a socio-political statement is one of the more Trek-like things Picard did.

It’s natural to assume the Federation was wounded after years of conflict. And the Romulans were lurking around the corner, as they always were. Until the supernova, that is. Given all the losses in the years preceding the supernova, it’s logical (though morally wrong) for the Federation to turn a blind eye to the Romulans in a time of need. The Federation turned inward to protect itself. It’s a different take on the Federation, for sure. But it’s not altogether unrealistic given what we witnessed in Deep Space Nine and the Next Generation movies.

Setting Outside of Starfleet

The vantage point that we’ve had of the galaxy, and of the Federation, is through various Starfleet crews. Removing Picard, Raffi, and Rios were all former Starfleet officers with varying opinions on the Federation. A common criticism that I’ve seen of Picard is that the Federation is the “bad guy”. I don’t see that. What the show does well is examining how an ideal can go off the rails, and how it takes a lot of effort to maintain that ideal. While Picard and crew are at times antagonistic towards the Federation, they continue to admire it, encourage it to be its best version of itself, and work alongside it.

Of Picard’s former Enterprise crew, Riker and Troi were the only living members to appear in the first season. There was passing mentions of Worf and Geordi La Forge, but it is only these two who made an appearance, and it was one for the ages. In the episodes leading up to “Nepenthe”, Picard was lost and struggling. His mission to rescue Soji was faltering, and his own sense of self was diminished. The escape to Nepenthe was a move Picard made to figure out his next steps, but it was there he found exactly what he needed: friends to support him and remind him of who he is. Picard got the captain-to-captain advice from Riker, but it is in his moments with Troi where Picard found himself again. In the episodes that followed, we saw more of Captain Picard we all remembered.

And for Riker and Troi are exactly how I remembered them, just with 20 more years of history. Not all of it has been pleasant for this family. You can see the depths of their pain due to the loss of their son, Thad. Yet even in that, you see the love these two have for each other, and for their daughter, Kestra.

While Troi only made one appearance, Captain Riker appears in the season finale leading the Starfleet squadron to help Picard. I have my gripes about the ships, but it was so good to see Riker in the center seat helping save the day again. Star Trek: Picard Season One gave us a sampling of Starfleet ships. Personally, I am hoping Season Two is giving us more ships!

Picard has always had a reliable crew that he could count on to get the job done. No matter if it is diplomatic missions, first contacts, or facing enemies in battle. The first few episodes of the series sees Picard picking a new crew for his dangerous mission. He ends up with a team of ragamuffins and rebels, and they certainly gave his leadership skills a test.

Things never seem to go smoothly, but the crew of Captain Rios, Raffi, Elnor, and to a certain extent, Dr. Jurati, all contribute meaningfully to Picard’s mission. And at the end of the season, Soji & Seven of Nine both are part of the crew. With all the things that season one tried to do, we didn’t get a lot of time with any of these new characters.

Star Trek: Picard Season One gave us a good start. But we have a good setup and tease for what these characters could become. I hope we get to know them more in the upcoming seasons.

I’m going to get to the broader topic of “Stardust City Rag” in the next section, but I want to pause and praise the direction of Seven of Nine. She’s fundamentally changed, but that has to be expected in the near 20 years since Voyager returned from the Delta Quadrant. Seven was a captivating character during her four years on Voyager, but in essence, she was only at the beginning of her life and discovering who she was. The notion that she became a freedom fighter for those without hope carries her own personal journey. She is doing for refugees near the Beta Quadrant what the crew of the Voyager did for her in the Delta Quadrant: being a beckon of hope and rescue to those whose lives have been uprooted. Is this the Seven I thought she’d be? No. It’s better.

Okay, this is the one I might take heat for. I appreciate and respect to transfer Picard’s history and consciousness into the synthetic body. From a plot point, it solves the nagging issue of his longstanding Irumodic Syndrome. And it serves a purpose for this specific story so that Picard and Data can have one final moment together. But I think there’s something bigger going on in regards to the theme of regret and connection that Picard has undertaken in this season.

The final moments between Picard and Data firmly establish two core elements of these two characters and their connection. Data’s goal to become “more human” throughout The Next Generation and the films saw him pondering his existence, and what it meant to grow. And a few times, he discussed his death, saying that death is a meaningful part of life. But in Data’s death, he fell short of his goal of becoming human. But this is where Picard comes into play. Picard’s human body dies, and his history and consciousness are transitioned into the Soong creation, an entity that is synthetic but is essentially indistinguishable from a human. So in this respect, Picard is now the living embodiment of Data’s goal, and he carries on Data’s legacy.

I previously praised Seven of Nine’s return, but I do not this the episode centered on her works. With each rewatch of the season, “Stardust City Rag” continues to be a stall in the momentum of the season. We spend four episodes of Picard searching for Bruce Maddox, only for him to finally be found. He then offers little significance to the plot, and is then abruptly killed by Jurati. This episode completely shifts focus from the main plot to Seven, and then she really never gets adequate screen time the rest of the season. And while I don’t personally have qualms with Icheb being killed, the gruesome manner in which it was done was too much for my taste.

This one continues from my last point, but Dr. Jurati’s story just didn’t work for me. After a promising introduction in “Remembrance” and joining Picard’s crew, I thought we were getting an intriguing character who seemed to be a lighthearted presence in an otherwise heavy story. The twist of her murdering Bruce Maddox wasn’t satisfying and ultimately stunted what was shaping up to be an interesting character. Perhaps there is a redemption story for her in season two, but the short attempt to do that at the end of season one didn’t work well.

I loved Hugh’s inclusion in this story, and him being an integral part of the Borg Reclamation Project was a lovely continuation of the tender Borg that we saw in The Next Generation. His willingness to help Picard navigate his time on the Borg cube was a nice shift in tone from the heaviness of the rest of the story. But his death served little purpose, and in my view was unnecessary.

I didn’t love the three villains that served the face of the Romulan Zhat Vash. I think the Romulan mythology was interesting and is a valuable entry into Star Trek lore. However, these three have not been developed well. Their motives were obvious, and so their actions were predictable. And we still don’t know what happened to Narek at the season’s end.

It was great to see Captain Riker show up with Starfleet to help Picard. Though I can keep this brief and add my voice to many others: that fleet of many, many, versions of the same ship was disappointing. We’ve covered the Inquiry-class starship on the Trek Central YouTube channel.