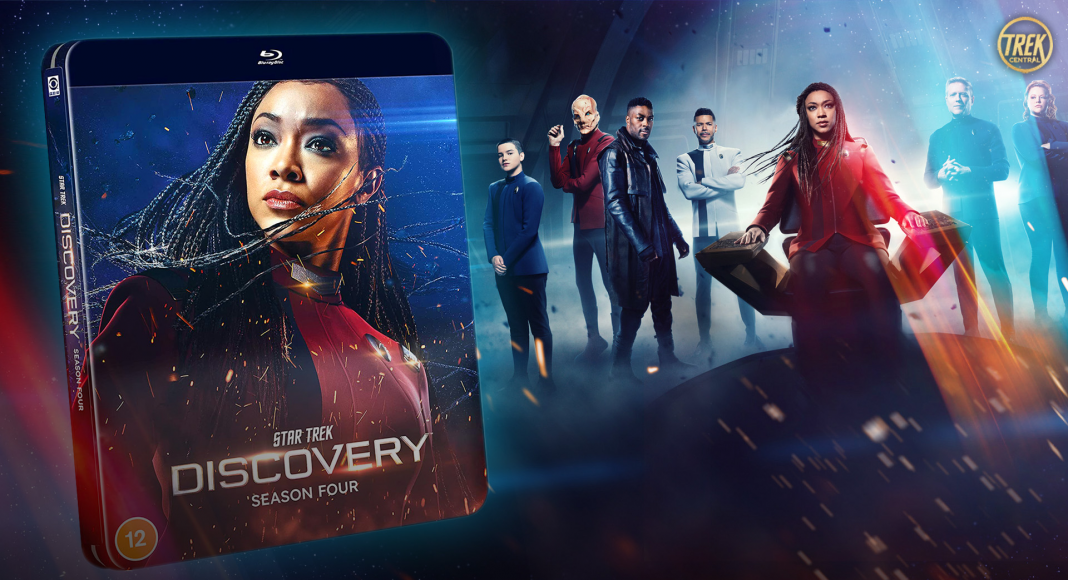 It’s almost been a year since Star Trek: Discovery Season 4 began. However, while we remember Captain Burnham’s (Sonequa Martin-Green) latest adventures, we look forward to more. The fifth season of Discovery is due sometime in 2023. Therefore, it’s a perfect time to catch up on the fourth season’s adventures. We’ve teamed up with Paramount to host a Star Trek: Discovery Season 4 Giveaway on Blu-Ray and DVD.

Having just been released over a week ago, the home media release is full of content. Therefore, while featuring all thirteen episodes, there are over 90 minutes of special features. An example is “Creating Space”, which goes behind the scenes with Star Trek: Discovery’s VFX crew. Star Trek: Discovery Season 4 is available now on DVD, Blu-Ray and Limited Edition Blu-Ray Steelbook.

As with all Paramount home media releases for Star Trek, special features are at the heart. However, there are also exclusives to this release. An example is a commentary for Episode 13, “Coming Home”. Additionally, a behind-the-scenes feature looks at what it was like filming Star Trek: Discovery Season 4 under COVID precautions. Trekkies can also go behind the scenes with Sonequa Martin-Green. The actress shares her insight into becoming Captain Michael Burnham.

A special feature, “Star Trek Discovery: The Voyage of Season 4”, will take fans behind the show’s scenes. This gives insight from writers, producers and other show creatives. Therefore fans can learn about the cast, sets, costumes and props involved with the show’s fourth season. Deleted Scenes and a Gag Reel are also included in all editions.