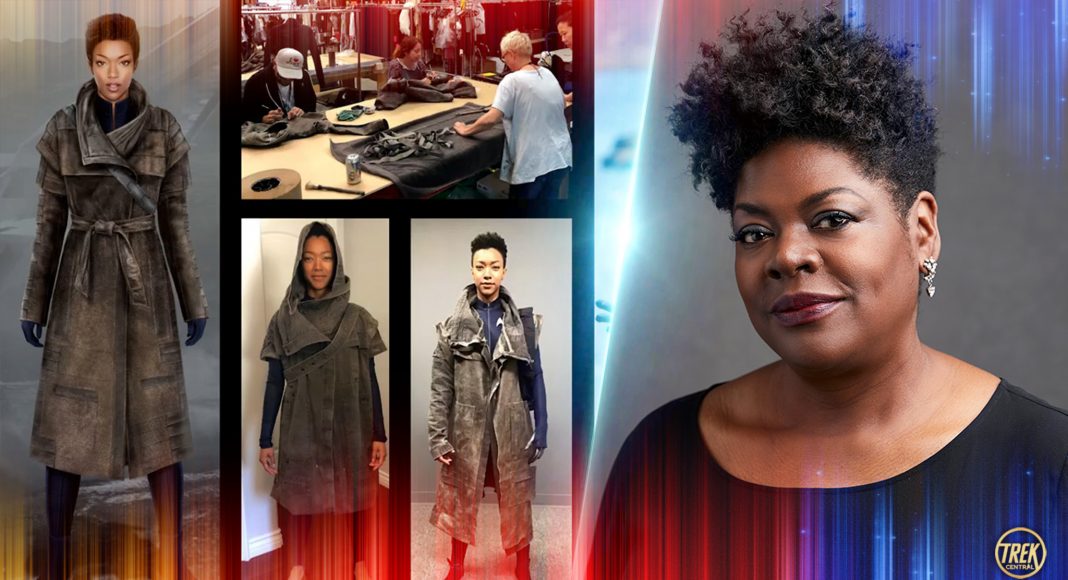 Discovery was represented in 5 categories, with Ciara Brennan & Keith Lau both nominated separately for Excellence in Crafts – Costume Illustration.

The CAFTCAD awards took place online, giving fans a rare chance to meet some of the amazingly talented people behind Discovery‘s costume department and get a little insight into their work.

WINNER: Excellence in Crafts Award – Building, for ‘That Hope is You, Part 1’

Head cutter Tanya Batanau-Chuiko represented the team for this award. Before the winner was announced, she got a chance to talk about the show. It goes without saying that Discovery is a huge production, and a lot of work goes into creating those strange new worlds.

“It’s about the future. We build so many costumes and they all look different. People think Star Trek is just about the uniforms, which is true and it’s not, something people who watch Star Trek know. We build at least 50-70 costumes per episode, and that’s a huge amount of work.”

Discovery won for the season 3 premiere episode ‘That Hope Is You – Part 1’, Batanau-Chuikowith accepting the award on behalf her team.

“Thank to our costume designer Gersha Phillips, who made the designs, and opportunity to be part of this project. And this wouldn’t be possible without the collective work of our sewing crew. These amazing people work long hours to create a feast for the eyes. I thank the Star Trek building team for their wisdom and their patience. Live Long & Prosper.”

In another tough category, Star Trek: Discovery was up against nominees like The Boys, and The Umbrella Academy, with the win ultimately shared with The Odd Squad.

Discovery’s Key FX Costumer Ray Wong stepped up to collect the award on behalf of the production, and thanked CAFTCAD for recognising his team’s work.

“There was a ton of new material and new technique exploration, and we were lucky enough to do this all in-house. Thank you to Gersha (Phillips) for trusting and enabling us, and all the other teams for their support especially breakdown for their pretty chrome work. We are very honoured to have been considered among the other nominees, and again being recognised for our great costume making.”

WINNER: Costume Design in TV – Scifi/Fantasy – Gersha Phillips for ‘That Hope is You, Part 1’

The final award of the night was for Costume Design in TV – Scifi/Fantasy, with Discovery up against fellow nominees The Expanse, The Odd Squad, Snowpiercer & Altered Carbon. Discovery ultimately won out for its season 3 designs, with Gersha Phillips & assistant Carly Nicodemo appearing on set in a recorded message.

Adding the 3rd win for the evening brings Star Trek: Discovery‘s haul of 10 wins from 54 nominations over its three season history. There are still a number of nominations for the show to come this year, including 3 prestigious Hugo Awards (with Star Trek: Picard also up for 4), plus a win at the GLAAD Awards for Outstanding Drama Series.

Check out the whole ceremony for the 2021 CAFTCAD Awards over on Youtube:

Get involved in the Trek conversation via our social media platforms: