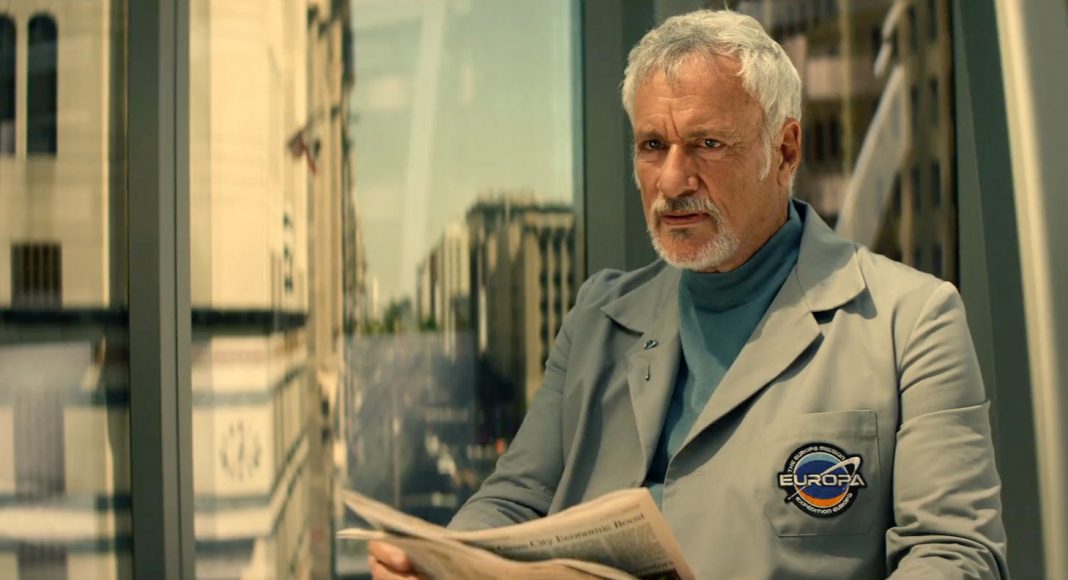 Jean-Luc Picard is beaming down with Star Trek: Picard Season 2 Episode 4 ‘Watcher’. This week, we’re still in the past of 2024, but it looks like we’ll be learning more. However, It does seem we might be catching up with “The Watcher”, whoever that is. As well as, learning about the divergence in the timeline and who or what caused it.

time IS running out to save the future. Picard takes matters into his own hands & seeks out an old friend for help. Rios ends up on the wrong side of the law & Jurati makes a deal with the Borg Queen.

This week’s preview pictures for Star Trek: Picard have arrived.

A trailer for this week’s episode has arrived. One of the big details in this trailer is Q, who is wearing a jacket showing the Europa Mission Patch. We spotted this mission detail a while back, during filming for Picard Season 2.

Additional details for this week’s trailer include Picard visiting Guinan’s bar in the past. Does this mean we’ll be getting a de-aged Whoopi Goldberg, or perhaps a new actress playing a younger Guinan?

As with every week, we have a brand new clip from The Ready Room after the show, for Star Trek: Picard Season 2 Episode 4. This week, the Borg Queen (Annie Wersching) is once again being cryptic and creepy. Teasing Doctor Jurati, but let’s be honest, the Queen is certainly up to something.

The Past Is Now

Picard’s adventure into the past is certainly firing on all cylinders. Whether it’s a reference to one of my favorite TikTok songs of 2020 or seeing Rios falling through a balcony, I’m loving it. However, some fans online have noted the momentum of Season 2 has slowed down with the entry into the past. Perhaps we’ll see that momentum pick up again with the continuing episodes.

Our theories on who “The Watcher” is have been running wild. Above all, we think this mysterious character is Guinan. However, it could equally be other characters like Wesley Crusher, or perhaps even Q Junior?