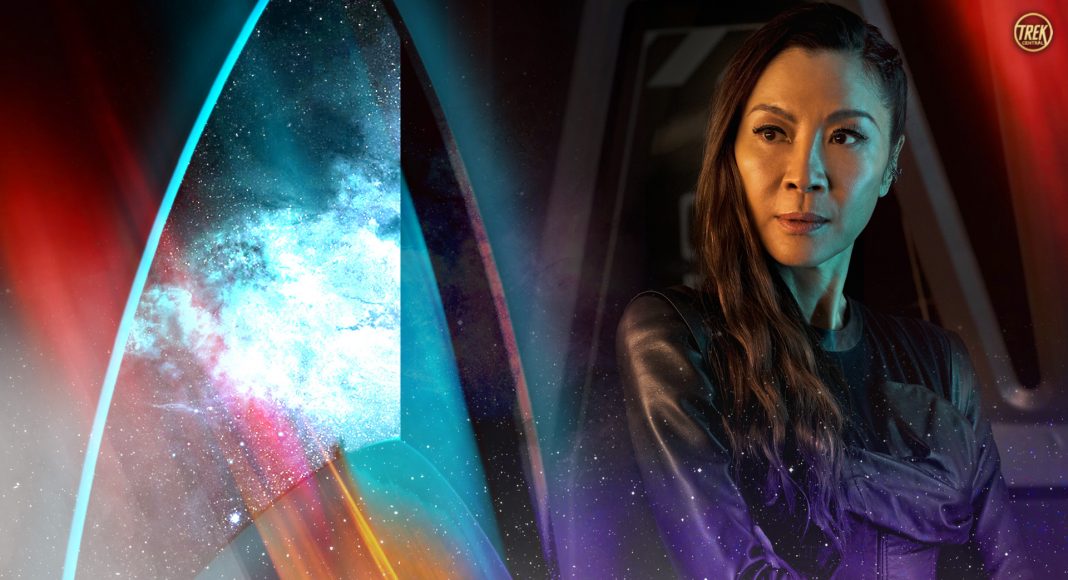 Is A Section 31 Star Trek Movie In The Works?

The idea of a Star Trek: Section 31 series has always been a bit hit or miss with Trekkies. Sure, seeing more of Michelle Yeoh is always fantastic, but is Section 31 the right idea? Espionage, criminal activity, and plots to destroy the galaxy. It does not sound very Star Trek-like does it? Regardless, in 2019 Paramount announced a live-action TV series focused on the organization and Yeoh’s character of Philippa Georgiou. But what about a Section 31 Star Trek Movie?

Since the announcement, we’ve heard very little. Michelle Yeoh has a packed schedule, which could explain the no movement on the project. However, we’ve recently heard of a development which could change things. Speaking on his podcast The Shuttlepod Show, actor Dominic Keating dropped an interesting detail the series. It’s now looking like it could be a Section 31 Star Trek movie.

Keating starred in Star Trek: Enterprise as Lieutenant Malcolm Reed. It was revealed on Enterprise that Reed was involved with a Section 31 organization, before it became what we would see in Discovery Season 2.

During a podcast episode released on April 10th, 2022 Keating stated, “I think I heard on the grapevine… yes, it’s going to be a film”. He made the comments during a conversation with co-host and co-Enterprise star Connor Trinneer.

Heavy.com also recently interviewed Keating, where the topic was brought up again. During that interview, the actor mentioned he was aware of Section 31 initially but his name had not been brought up. He went on to elaborate in the interview that he didn’t want to say too much, as sources are likely under NDAs. However, he added that he believes the show has turned into a movie.

If a Section 31 Star Trek movie is in the works, it sorta does make sense. It would seem that locking down Michelle Yeoh to shoot a series is going to be hard for Paramount right now. The actress is super busy with tons of projects. Additionally, a movie could also work very well as a pilot. Essentially if the movie is successful and there is an audience for the show, then they could spin a series out of it.

When the series was announced in 2019 it was not received very well overall. Especially when we compare it to the Star Trek: Strange New World announcement. Many Trekkies questioned why there would be a series focusing on an organization that in a sense, has very anti-Star Trek values. Though some would argue that looking at other perspectives of the Star Trek Universe does allow for more creativity and unique storytelling.

Alex Kurtzman, the Head of all things Star Trek right now, previously commented on the project. During an interview with Variety, he and now-departed Exec Julie McNamara stated that the show was still in conversations. However, the current five-series slate of Star Trek would not expand until at least one of the shows runs its course.

Currently, we’ve got five Star Trek series in production. These are Star Trek: Discovery, Picard, Lower Decks, Prodigy, and Strange New Worlds. One of these has to conclude its run before Paramount is willing to commit to something else. But what if it’s a Section 31 Star Trek Movie? We know Paramount is working on more than one Star Trek movie.

One of the most recent Paramount comments may shed light on that project. Nicole Clemens, Paramount’s Original Scripted Series President, made a comment in February 2022. During the TCA Winter Tour, she said “We are still in development on Section 31”. What is interesting to us, is she does not refer to Section 31 as a series. It’s wise to take it with a grain of salt of course when judging if she means anything else by this.

It would appear for now that Section 31 is still happening. Whether it be a Star Trek series, or movie, who actually knows for now. Likely we can expect Paramount to talk about it at a later date, perhaps on Star Trek Day in 2022. Michelle Yeoh has recently commented on the series, saying that Section 31 is Mission Impossible Meets Guardians of the Galaxy in Space.

As mentioned above, we’re aware of only one Star Trek film project currently in development. JJ Abrams and his team were announced as producing “Star Trek 4”, but there is one other project. In March 2021, Star Trek: Discovery writer Kalinda Vazquez was hired by Paramount after successfully pitching an idea. All that was revealed about Vazquez’s project is that it was for an ‘original’ Star Trek film. There have been no updates since the announcement. You never know though, this could be that Section 31 movie. Sadly, we’ll have to wait for an official update or announcement to find out.