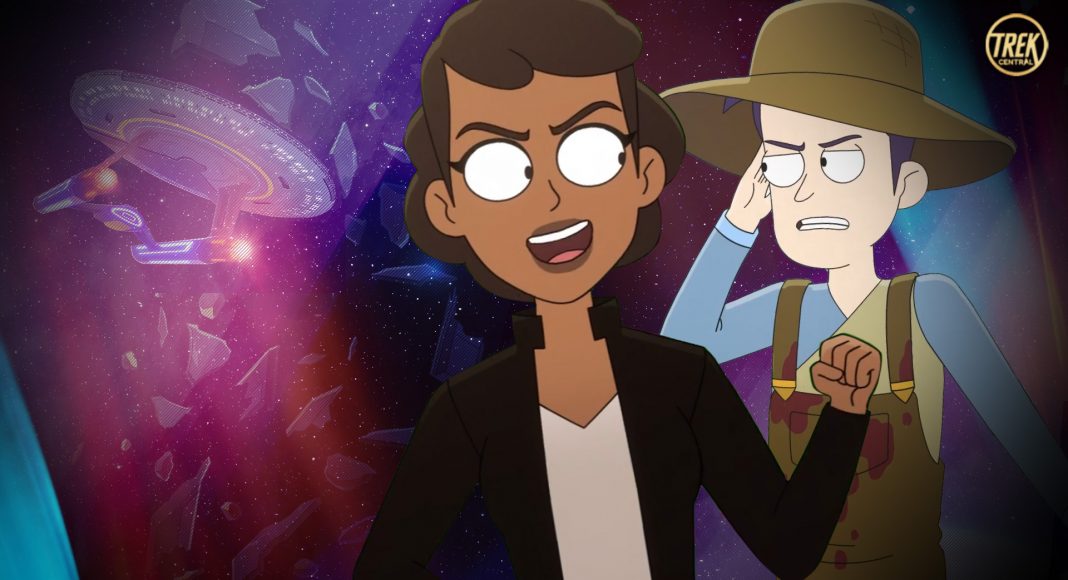 While all hands might be focused on Star Trek: Strange New Worlds, many are looking forward to the next series. Of course, this could be Star Trek: Lower Decks Season 3. The animated series is expecting its upcoming third season to air in the “summer of 2022“. However, thanks to the latest Ready Room Aftershow, a new clip has been revealed.

Lower Decks has also been renewed for a 10-episode long fourth season. Currently, not much is known about the upcoming third season. However, based on the latest clip and the end of Season Two, the story around Captain Freeman (Dawn Lewis), is expected to continue. Additionally, we know that Captain William T. Riker (Jonathan Frakes) will return!

Making references to past iterations of the Star Trek Universe is what Lower Deck does best. So starting off the new season with a reference to family vineyards is what is going on. Therefore riffing on Star Trek: Picard and Jean-Luc’s family wine vineyards. Though as Mariner (Tawney Newsome) points out, she expected better from Boimler’s (Jack Quaid) family.

It would seem that with the second season-ending of Lower Decks, our crew are on standby mode and essentially grounded. Of course, this builds off Captain Freeman being arrested due to the Pakled planet explosion. However, we know the captain was not responsible. But how can the Lower Decks crew prove this is the case? Of course, sneaking onboard apparently.

Boimler and Mariner seem like they’re about to venture back to the USS Cerritos, which is currently in a drydock. Therefore they’re likely to meet up with Ensign Rutherford (Eugene Cordero). However, thanks to Mission Chicago, we know that we might be expecting something along the lines of a “Chaotic USS Cerritos Hijacking“.

The teaser clip arrived via The Ready Room aftershow for Star Trek: Strange New Worlds. You can watch the full show via Star Trek’s official website.

Trekkies are awaiting the upcoming Star Trek: Lower Decks Season 3! However, what do we know so far? Well, we’re all expecting further news before the third season is scheduled to air. Perhaps the upcoming San Diego Comic-Con event will reveal some hints of what is to come if Star Trek has a presence at this year’s event.

We do know that J.G Hertzler will cameo in Season 3. Hertzler will reprise his role as Klingon Chancellor Martok, famously seen in Star Trek: Deep Space Nine. Thanks to the event of Star Trek: Mission Chicago, we’re aware of a clip shown off to fans at the event. The clip in question featured a cold open of Star Trek: Lower Decks Season 3. Additionally, it showed a “Virtual Martok” during a Trekkie game of “Bat’leths & BIHnuchs.”

The upcoming Star Trek: Lower Decks Season 3 is expected in Summer 2022. Currently, fans are speculating that August will be the release date for the season. However, no details have been confirmed at the time of writing.

Star Trek: Lower Decks airs on Paramount+ in the United States, and on CTV Sci-Fi Channel and Crave in Canada. Internationally, the series is available on Amazon’s Prime Video service in most international locations.

Trek Centralhttp://trekcentral.net
A creative at heart, when not seeking ways to insert “Faith of The Heart” into anything, Jack leads Trek Central’s operations in developing the brand and ensuring quality content is always delivered.