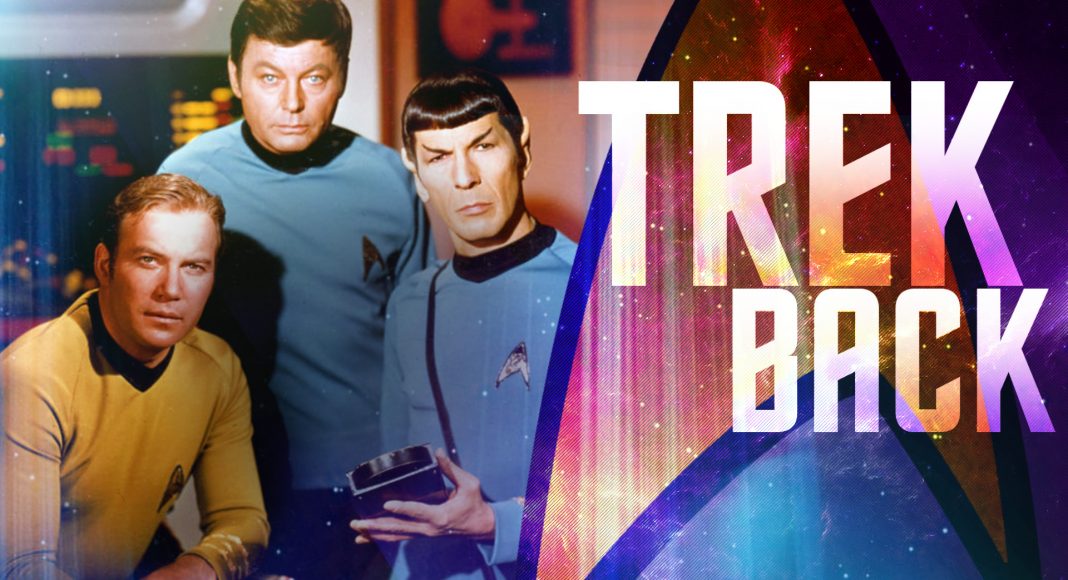 ‘Space Seed’ introduced us to one of the greatest villains in Star Trek history in Khan Noonian Singh and brought us the mythology of the Eugenics Wars.

54 years today we were introduced to one of the greatest Star Trek villains throughout the entire history of the franchise. One so menacing and well developed that he came back to haunt the crew of the USS Enterprise once again in 1982’s The Wrath of Khan, often considered the best of the spin of feature films.

‘Space Seed’ begins with the USS Enterprise finding a ship in space, adrift but with faint life signs on board. That ship is the Botany Bay which fled Earth in the year 1996. Beaming over to investigate with Kirk is Scotty, McCoy and the ship’s historian called McGivers. What greets them when they beam over is a ship filled with stasis pods, technology long since abandoned, filled with men and women. They revive one of the pods due to a malfunction and take the survivor onboard the Enterprise. The man they have brought back is a man with a hidden agenda and a past he doesn’t wish to speak about. That man is Khan Noonian Singh. Khan, Kirk soon learns, is a tyrant from the 20th Century and it isn’t long before Khan is seducing McGivers and fighting to take over the ship. The performance of Ricardo Montalban who plays Khan is what really makes this episode stand out. He is powerful, seductive and commanding. It’s no surprise that when they wanted a villain to revitalise the film franchise, they looked to bring back this great actor and character.

“When I first played Khan (on television) I really enjoyed it. The show was treated with all seriousness by everyone and that spirit got to me.” Montalban to journalist Ian Spelling during a 1994 interview for the New York Times Syndicate.

For me though, there is more to this episode than a great plot and characters. Back in November last year, I looked at the TOS episode ‘Journey to Babel’ for one of our Trek Back features. During that review, I mentioned the importance the episode had on the future of the franchise. It introduced us to the Tellarites and the Andorians, who later become the founding members of the Federation and I applauded its world-building which would later become the foundations for future stories. ‘Space Seed’ is very similar in that regard. It is not only one of the best episodes of the Original Series; it also creates mythology and alternative history to the Star Trek universe that brings in an extra layer of depth to what we are watching. I am of course referring to the Eugenics Wars, the time of genetically engineered supermen who ruled the Earth. Khan Noonian Singh is one of those genetically engineered men who rises to power and rules over a quarter of the planet from Asia to the Middle East.

Khan is one of the few Star Trek characters whose back story is developed further, and while it might be not considered official canon, his rise to power and fall is well documented in other mediums. Books like the ‘Rise and Fall of Khan Noonian Singh’ by Greg Cox give us more details on the events leading up to the Eugenics Wars as told in the style of a spy novel with the aid of one Gary Seven. Later, following the events of ‘Space Seed,’ we learn what happens to Khan when he is left stranded on Ceti Alpha V thanks again to the work of Greg Cox with his novel ‘To Reign in Hell’. Khan also features in various IDW comics and graphic novels and was even brought back (albeit a little ill-fatedly) in the Kelvin Timeline played by Benedict Cumberbatch in Star Trek: Into Darkness. The aftereffects of the Eugenics Wars are also felt in Star Trek: Enterprise in the three-part story arch that also featured augmented humans.

‘Space Seed’ at the time of its initial screening, may have just been another Star Trek episode but it developed the Star Trek universe in ways no one could have imagined back in 1967 and it forms one of the key building blocks to the universe that we love so much.

What are your thoughts on ‘Space Seed’ and where does it rank in your list of Original Series episodes? Get involved with us via our social media channels: