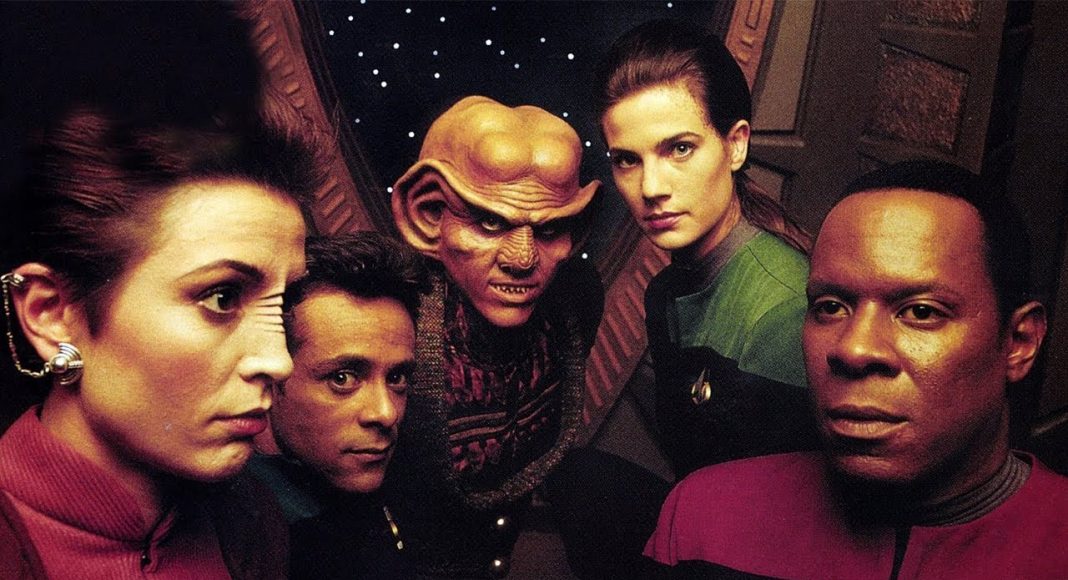 28 Years Ago This Month The DS9 Pilot ‘Emissary’ aired for the first time. We take a Trek Back at the classic episode that launched a new chapter in the Star Trek franchise.

Star Trek: Deep Space Nine is the show that not only redefined Trek as we know it, but it offered us the most detailed look at the Star Trek universe, and it all started with the pilot – “Emissary.” When the episode first aired in January 1993, Star Trek was at the apex of its popularity. TNG was in its best seasons, with fans all over the world following the voyages of the USS Enterprise and its crew. The planet/monster of the week’s episodes, paired with some deeper philosophical themes or funny adventures, have been the show’s trademark. And who could forget the stoic and diplomatic Captain Jean Luc Picard and his harmonious crew? Thus, it should not be surprising that the arrival of Deep Space Nine shook the Trek fandom to its core. Gone was the ship that week-by-week went boldly where no one has gone before. Gone was the stoic diplomat Picard. And most importantly, gone was the idealized crew.

“Emissary” introduced us to the new setting, a stationary space station known as Deep Space Nine, and it did it with a bang. Still recovering from the loss of his wife, the new hero – Benjamin Sisko – has been given the command of the station located at the edge of the Federation space. In a brilliant writer’s move that task is given to him by no one else than fan-favourite Picard, who incidentally was responsible for Sisko’s loss (as Locutus of Borg). The icy scene between the two characters suggested that we are in for something new and unconventional. Starting from the main hero. Sisko was a man of contrasts. Incredibly charismatic, he was a friendly person. However, he had a difficult temper, and could easily get angry. Respectful of the chain of command, Sisko was not afraid of expressing his opinion in a rather direct way. He was also a family man, and his relationship with his son Jake would evolve as the season does move forward. Most importantly, at this point, Sisko is not the captain, but a commander. DS9 never offered easy solutions, and Sisko would have to earn his rank. His mission is not a classical Trek assignment. Instead of a brave and daring adventure, Sisko had to prepare the planet Bajor and its inhabitants for entry into the Federation. As Bajor just went through the brutal occupation, and its inhabitants were suspicious of the outsiders, it is clear from the outset that Sisko’s mission would not be an easy one.

This is visible from the way we were introduced to Sisko’s crew. His Number One is not a charming Federation officer. On the contrary, Major Kira Nerys from the very start gave an impression of the confrontational and temperamental figure. She would mellow as the show progressed, but in the “Emissary” she was not your typical crew member. An ex-terrorist/freedom fighter, she was a curious choice then, and it is questionable if she would be allowed nowadays. As a Bajoran, it was primarily through her eyes that we would explore this fascinating alien race and culture. Then there was Quark, a witty Ferengi bar owner and a minor criminal, who is juxtaposed to the station chief of security, Odo, a shapeshifter with a mysterious past. Star Trek would not be Star Trek without the Starfleet officers. The station chief engineer Miles O’Brien was a familiar face, an everyman with a great sense of humour. Naïve and idealistic Julien Bashir served the role of the station doctor, a man rather unhappy with his new position. The Starfleet trio was rounded by my favourite, Lt. Jadzia Dax. This young, smart, and curious scientist had quite a complex character. As a joined Trill she had memories of all previous hosts. This unique setting opened many fun possibilities right off the bat, as one of the hosts was Sisko’s old friend. All of the characters are fascinating individuals, and while none of them is perfectly drawn, there is a lot of potential for their future character development.

Perhaps the weakest part of the pilot is the story. It starts strong with the tragedy from the past that still haunts Sisko. The introduction of the characters is done remarkably well, taking into consideration many people, and an entirely new setting to cover. The weakest part comes in the third act, which took Sisko at the beginning of his seven season’s long journey. The “Emissary” starts Sisko’s special relationship with the wormhole aliens, the Prophets. Even if this plotline is a bit lacking, it is incredibly important, as it introduces the audience to one of the most relevant story aspects, the Bajoran religion. Up to that point, religion was taboo in Trek, and DS9 stated out loud that this is about to change. Sisko’s communication with the Prophets was a proper Trek moment; intriguing and cerebral, making important points about the nature of existence and humanity. Finally, we have the Cardassians. The Cardassians already appeared in TNG. But it will be DS9 that would fully flesh out this militaristic alien race. And in doing so, gave us probably the best Trek villain: Gul Dukat. A former governor of the occupied Bajor, Dukat was not your usual antagonist. Charismatic, intelligent, and sarcastic, even charming, Dukat quickly became one of the most intriguing DS9 characters. And it is “Emissary” where we can see the start of his unusual relationship with Sisko.

The wormhole scene and the introduction of Cardassians fitted neatly into the DS9 overall theme – of conflict and consequences. Michael Piller had decided to make the show that will re-examine Star Trek and its values. The characters of DS9 could not just warp away from their problems at the end of an episode. They had to confront the consequences of their actions. “Emissary” offered a decent starting point for the realization of such ideas. It was a setup, a beginning of arcs and relationships that got bigger and more complex as the show moved forward. The greatness is not there yet, but we can recognize hints of something that will eventually come to be one of the best Star Trek (and sci-fi) shows ever made.

What are your memories of DS9? Was the Emissary your entry point in Star Trek? Or was this new show a worrying diversion from the structure set in TNG? Let us know by joining our social media and getting involved with Trek Central!