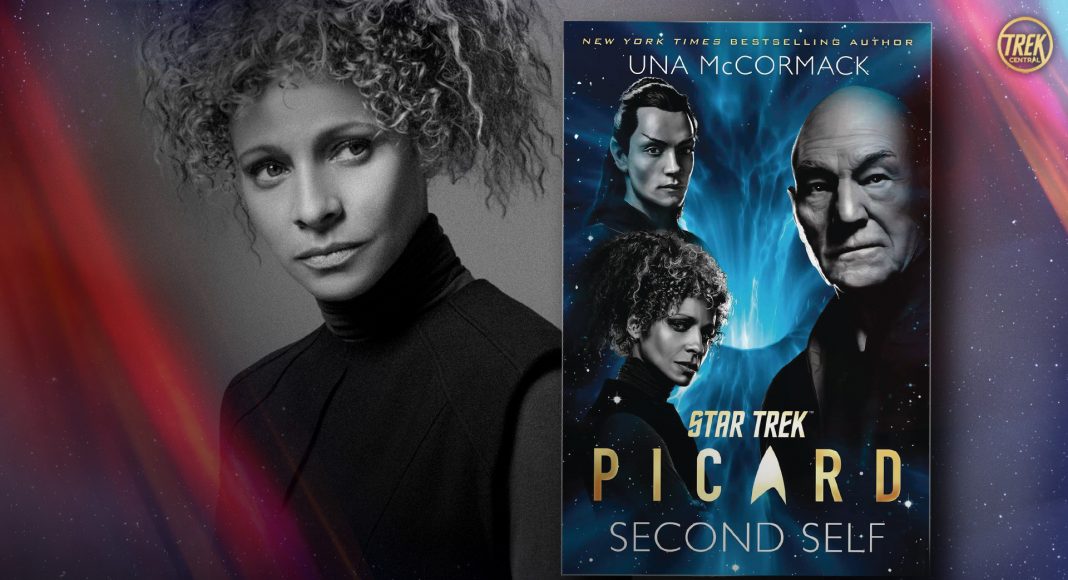 A review of the latest Star Trek: Picard tie-in novel

An exploration of Raffi’s character between Seasons One and Two of Star Trek: Picard, enhancing where we find her character and the Federation as a whole with some excellent (and very typical) world-building by Author Una McCormack. As with most Una McCormack books, this one also enhances not only the world of Star Trek in 2399, just after the events of Season One of Picard, but the Cardassians as well!

Second Self is based around a Mission with Raffi, getting back into intelligence work to see if it suits her, considering she was previously part of Starfleet Intelligence during the Romulan Relocation Effort. This book embraces numerous plot threads ancillary to Star Trek: Picard, noted in other Media such as “The Last Best Hope” another book by Una McCormack showing the years leading up to the Romulan Supernova, and the Star Trek: Picard: Countdown comic series of Picard and Raffi on the U.S.S. Verity.

These connective pieces to the story help to place the book in the world of Star Trek so cleanly, without it being too overbearing. And yet this isn’t to say the book only does connective work, as it helps to enhance the world in new ways. Learning of how the Cardassian Union dealt with the Romulan Refugee issue, having a new head of state and their current state of affairs.

As said Raffi is the main focus of this story, and enhances her in so many ways. Learning what she was doing during the Dominion War as well as between the events of Season One and Two of Star Trek: Picard. Learning how good she was as an intelligence officer for Starfleet in Romulan Affairs, and her continued work with Refugees. From Cardassian Refugees during the Dominion War, Romulan Refugees during the Romulan Supernova Crisis and the continued issues of Romulan Refugees all these decades later.

This ties together Raffi’s life in very interesting way’s but also enhances her relationship with Elnor, which is a major focus of her character in Season Two of Star Trek: Picard, but also why she goes on to join the Academy in that same season along with Jean Luc Picard.

And one of the best things this book does is give us just more information on the Dominion War and the after effects. The Jem’Hader attempted genocide is called “The Fire” and this book goes into those details; how many people died, what happened afterwards and what happened to Cardassia’s other planets?

The bulk of this story occurs on a planet called Ordeve, which Raffi was stationed at during the end of the war. A planet which was on the Cardassian-Romulan front of the war, and Starfleet was sent there because they were worried the Romulans might also try to genocide the Cardassians living their to claim the planet as their own by right of conquest.

But tying the refugee crisis of post-Dominion War Cardassia to the plight of the Romulan people during their own refugee crisis is utilized extremely well in this book. Cardassia’s support from the Federation in aid and supplies worked and was efficient. Federation Aid to the Romulans, well we know how that ended up.

Part of this story is not about Raffi, but still tied to it, and it is Garak’s first mission in the Obsidian Order. Which actually was a mission on Ordeve, the same planet in the “modern” day of the Story. Seeing Garak’s first mission was very cool, how unsure of himself he was of his purpose, and slowly becoming more sure of his use as a tool for the Obsidian Order.

We get a closer look at the Cardassian Occupation, especially with their colony worlds, and just this further enhancement on how advanced the Bajoran People were before the occupation. Having colony worlds for almost a millennia thanks to their Solar ships we see in Deep Space Nine.

Alongside this closer look at the Cardassian Occupation through Garak’s eyes, but the Dominion War through Raffi’s eyes. Someone who had mostly sat out the war on Earth at a desk in Romulan Affairs, now being at the end of the war and having to make sure no one else dies now that the war is over.

Overall Second Self is a book very much looking at the other selves we inhabit throughout our lives. From Raffi, a young Intelligence Officer during the Dominion War and the Romulan Relocation Effort to the jaded Paranoid figure we meet in Star Trek: Picard. To Elim Garak, who inhabited so many “Second” Selves it was a wonder he remembered who he actually was.

Second Self compliments over Star Trek: Picard tie-in media such as “No Man’s Land” (our review here) the audio drama which looks more at the relationship of Raffi and Seven, whereas this book mainly focuses on Raffi with mention of Seven. And though it does include Rios and Elnor, this is primarily a Raffi book and works really well to enhance her character we see in the series!

I highly recommend this book to anyone who is a fan of Una McCormack, Star Trek: Picard or simply a story looking deeply into the Cardassians and Romulans in the Star Trek Universe.