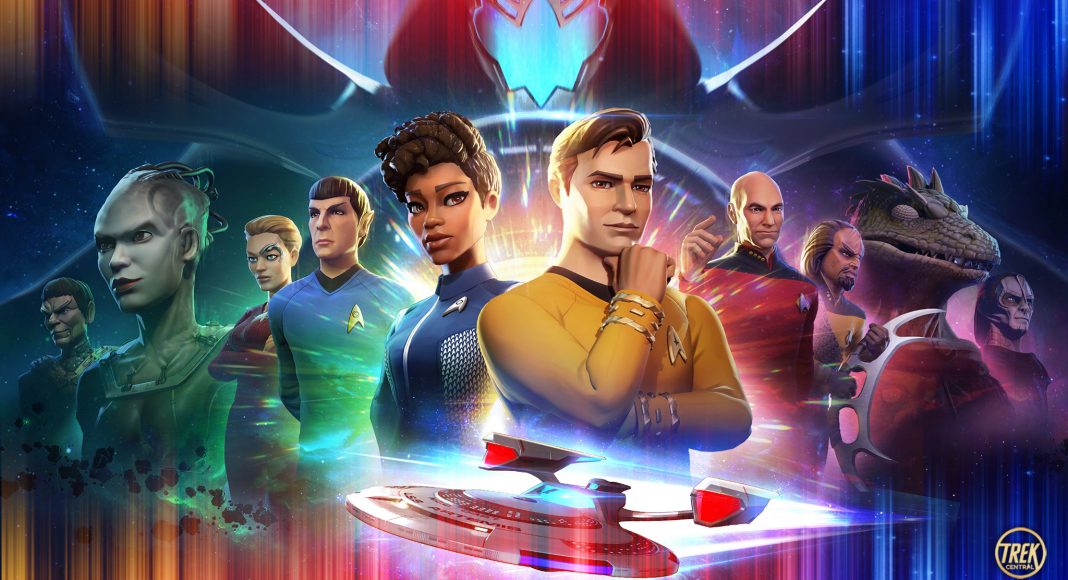 Legendary characters from across the Star Trek Universe feature in the new RPG Star Trek: Legends, beaming down today on Apple Arcade.

Star Trek: Legends lets players command the Starfleet ship U.S.S. Artemis and warp into the mysterious Nexus (the energy ribbon seen in Star Trek: Generations). It’s a dimension where they will discover new worlds and characters from across the Star Trek Universe. When things go awry inside the Nexus, players and their crews must investigate and prevent a crisis.

Star Trek: Legends is now available on Apple Arcade via iPhone, iPad, Mac and Apple TV. If you’re new to Apple Arcade, there is a 1 month trail offer on sign up, followed by a £4.99 (UK) /$4.99 (US) monthly charge, or annual plans are available for £49.99/$49.99 plus one month free trail. You’ll also need the latest OS update on your devices.