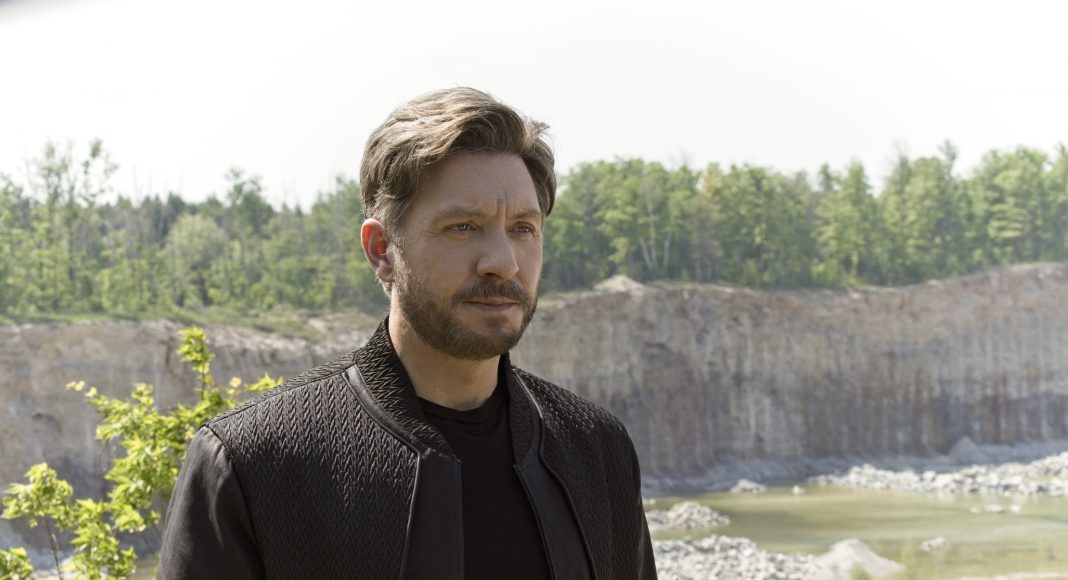 Star Trek: Discovery’s Episode 9 of Season 4 may have left some wondering what is next. However, Episode 10 airs this week and brings with it some surprising developments. The Galactic Barrier is the title of the 10th episode of Season 4, we’re expecting a synopsis later today.

We’re in the last FOUR episodes of Discovery Season Four. The stakes are heating up, with last week’s episode revealing even more about the DMA. We’re personally hoping that Episode 10 reveals Species 10C and we learn more about them. The introduction of new characters (see below) might point to that even more.

The main trailer for Episode 10 of Star Trek: Discovery shows things are heating up. Leaving the galactic barrier is going to be a challenge, even with the Discovery getting some upgrades it would seem. Now Paul Stamets (Anthony Rapp) reveals that the “New DMA” is even more powerful than the last.

This week’s Ready Room clip is a surprising one. Spoilers Ahead, but we’re seeing the Federation President take the plunge into action. President Laira Rillak (Chelah Horsdal) is planning on joining the USS Discovery in leaving the galaxy. Admiral Charles Vance (Oded Fehr) is taken back by the revelation.

It’s a touching moment between two characters who we’ve come to love on the show. As Federation Presidents go in the Star Trek Universe, hopefully, she comes back from this dangerous mission.

While not seen in the trailer, one promotional picture shows us a familiar face. Adira (Blu del Barrio) is back with the Discovery crew after her trip to Trill. Many Fans were left wondering if Adira would return to the ship, following the departure of Ian Alexander’s character, Gray.

Originally spotted in the mid-season trailer for Star Trek: Discovery Season 4 was Hiro Kanagawa. We thought it was the actor, who was dressed in 32nd Century Starfleet attire. Now with the release of these pictures, we see him playing Doctor Hirai. Hiro has confirmed via Twitter that he will be appearing in the final four episodes of Discovery Season 4.

Trek Central’s weekly review of Star Trek: Discovery Season 4 will be live on YouTube at 21:00 GMT!

New episodes of Star Trek: Discovery Season 4 premier on Thursdays via Paramount+ in the US. International viewers can watch on Fridays via the likes of PlutoTV and other services. In Canada, Discovery airs on CTV Sci-Fi Channel on Thursdays, then streaming on Crave on Fridays.