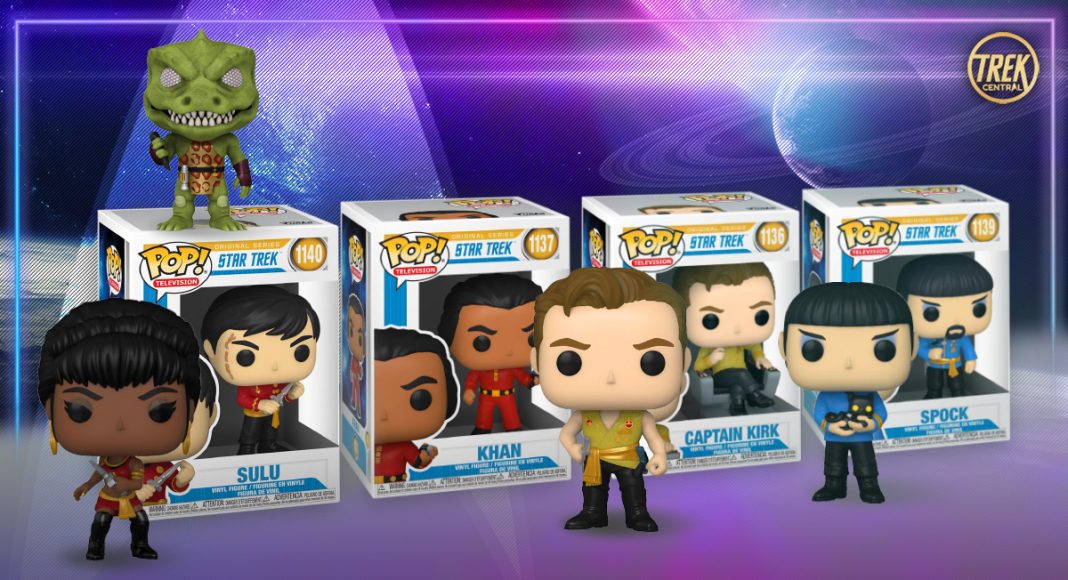 Prepare to expand your Funko collection as the new wave of Star Trek pops are on their way.

Funko Pops are that strange phenomenon, a simple idea that seems to have captured the imagination of collectors all around the world. With almost every TV series, film, comic book or game franchises under their banner, it’s not hard to see why they are a much-loved series of collectomania.

Star Trek Funko Pops collectors can now rejoice as they are releasing 8 new pop figures in June 2021. The Funko Pops will include Kirk in Captains Chair, Spock with Isis, The Gorn, Khan and Mirror versions of Uhura, Sulu, Spock and Kirk. All will stand at the regulation 4.25” tall and be around the £10 price mark. The 8 Pops will all come from the Original Series and will include the incarnations from the Mirror Universe as well as a couple of classic Star Trek villains.

Upon release, a couple of the new figures will be exclusives to certain retailers. The Gorn figure will be exclusive to the American store Target, while the Spock holding Isis pop will be available exclusively from funko.com

Check out the images below and box art for the new Funko Pops.

The Star Trek Funko Pops are available for UK pre-order now at Zavvi.co.uk and popinabox.co.uk