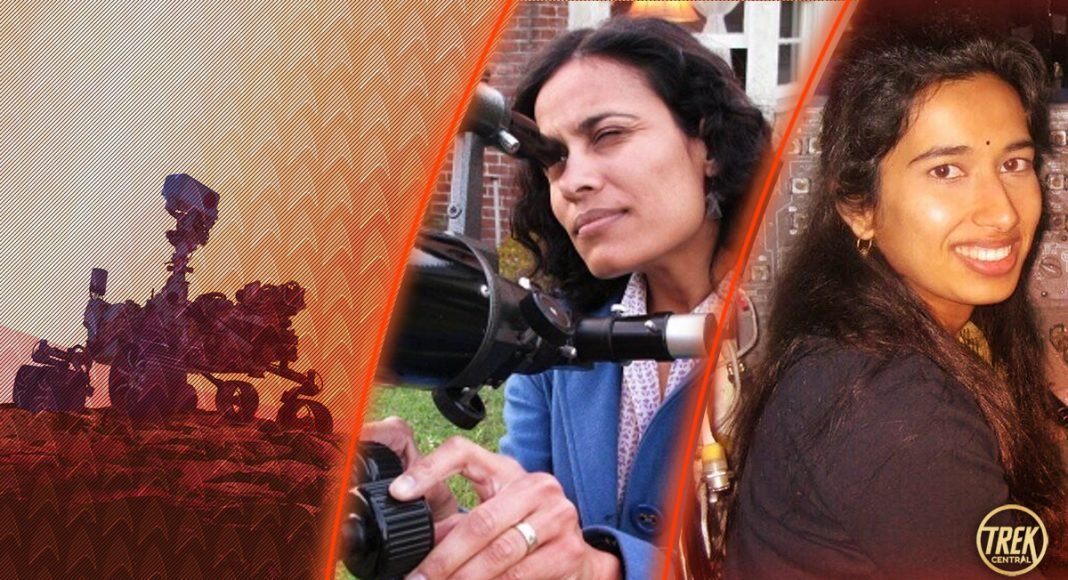 Star Trek’s most enduring connection to its audience is its ability to inspire. And when it comes to science fiction, there are few, if any franchises with the same longevity. It has been rooted in our popular culture, and in generations of fans’ hearts and minds for over half a century. Two leaders of NASA’s recent Perseverance Mission to Mars even credit the show with their careers in space exploration.

Creator Gene Roddenberry called Star Trek a ‘wagon train to the stars’ during its inception. No doubt because it was written at a time when the most popular genre on television was the western. Some have said that sci-fi killed the western, but in truth, it evolved into it. Both genres share the same thirst for adventure and the pioneering spirit of exploration. More importantly, however, Star Trek chose to espouse an awareness of the consequences of those endeavours, and the higher ideals humanity needed to reach its full potential.

In the early 1960s, our world was becoming smaller, so there is no surprise that people’s imaginations were captured by that ‘final frontier’. And many of those generations of Star Trek fans have grown up to become engineers, scientists, entrepreneurs, and the great thinkers of today.

Space technology hasn’t quite evolved to the point of allowing humans to explore our solar system in person just yet. That is beginning to feel tantalisingly close though, especially when it comes to Mars. There have now been dozens of missions to the Red Planet, the latest reaching it just a few weeks ago with the landing of the Perseverance rover.

Millions around the world watched the events on television and online, and if you were one of them, chances are you heard the voice of engineer Dr. Swati Mohan announcing the successful ‘touchdown’.

Mohan is the Guidance, Navigation, and Controls Operations Lead or ‘GN&C’, the “eyes and ears” of the mission. She led the team that developed ‘Attitude Control System Terrain Relative Navigation’ technology, which helped Perseverance land accurately and safely at its destination.

Mohan credits her career choice with being a Star Trek fan. It helped inspire an interest in space that would eventually bring her to NASA’s Jet Propulsion Laboratory (JPL).

After the landing, President Biden congratulated Mohan and her team in a video conference, where the engineer was asked what brought her to NASA? She wasn’t shy about crediting her love of Star Trek:

“My path actually started way back when I was a child, watching my first episode of Star Trek. In addition to those fantastical scenes of space, what really captured my attention was this really close-knit team who was working together, manipulating this technological marvel with the sole purpose of exploring space and understanding new things and seeking new life.“

Mohan has never been shy of sharing that inspiration, it’s also included in her NASA bio:

“I REMEMBER THINKING “I WANT TO DO THAT. I WANT TO FIND NEW AND BEAUTIFUL PLACES IN THE UNIVERSE.” THE VASTNESS OF SPACE HOLDS SO MUCH KNOWLEDGE THAT WE HAVE ONLY BEGUN TO LEARN.”

From Star Trek to space engineer

After seeing her first Trek episode as a child, the young Mohan would start reading books about the Hubble Telescope, solar system and astrophysics. But a career in aerospace engineering wasn’t her first choice while at school. “I wanted to be a paediatrician until I was about 16 years old. I was always interested in space, but I didn’t really know about opportunities to turn that interest into a job.”

That all changed when she took her first physics, and the possibility of working in aerospace and astrophysics began to become apparent. She then went on to study Mechanical and Aeronautical Engineering at Cornell University, before earning a Masters and PhD from M.I.T in Aeronautics/Astronautics, and then joined NASA.

Since then Dr. Mohan has worked on multiple missions including Cassini (mission to Saturn) and GRAIL (a pair of formation flown spacecraft to the Moon), and has been part of the Mars 2020 team since almost the beginning of the project in 2013.

Dr. Mohan herself is also an important source of inspiration for a new generation of scientists and engineers. Of Indian ethnicity and an immigrant to the United States (at the age of 1), the engineer proves that there is a wealth of talent to be found in all of humanity. Diversity in STEM (Science Technology Engineering and Mathematics) is critical to our future, and Perseverance’s success will hopefully entice more young people to look to careers in STEM.

“Being able to work with this incredibly diverse, talented team that has become like a family. Spending years creating our own technological marvel has been a privilege,” she told President Biden during the video conference.

And Dr. Mohan isn’t the only person on the team who credits a childhood love of Star Trek for her career in space exploration. Roboticist Dr. Vandi Verma is also part of the NASA’s Mars 2020 mission. The Chief Engineer for Robotics operations, Verma is part of the technical leadership team in charge of the Perseverance Rover.

“I really think I have one of the coolest jobs in the world… When Mars is visible in the sky you look at that little dot and you think right now there’s a robot out there doing commands that I told it to do. That’s pretty wild.”

The daughter of immigrants herself, Verma studied Electrical Engineering at the Punjab Engineering College in Chandigarh, India, before moving to the US to study for a PhD in Robotics from Carnegie Mellon University. She went on to join NASA in 2004, and like many female engineers, found herself the only woman in the room.

But that’s changing, especially seeing women like Mohan and Verma in leadership roles at NASA. “It’s definitely inspired girls everywhere. It opened people’s perceptions of who can be a space engineer.” Verma explained to Reuters, at the Thomson Reuters Foundation.

There’s no denying that science fiction has its own role to play in inspiring us to look to our future in the stars. It is a partnership: shows like Star Trek help us dream of what could be, and science makes those dreams a reality. Seeing ourselves in those leading the adventures on screen and in the real world is crucially important to help pass on that vision.

Star Trek can and will continue to inspire, with its new generation of shows continuing a tradition of thrilling adventure, exploration, diversity and enduring optimism for a better tomorrow. Not only that, but with cinematic effects depicting the breathtaking beauty of the cosmos, there are no doubt whole new generations ready to follow in the footsteps of real space explorers like Swati Mohan and Vandi Verma.