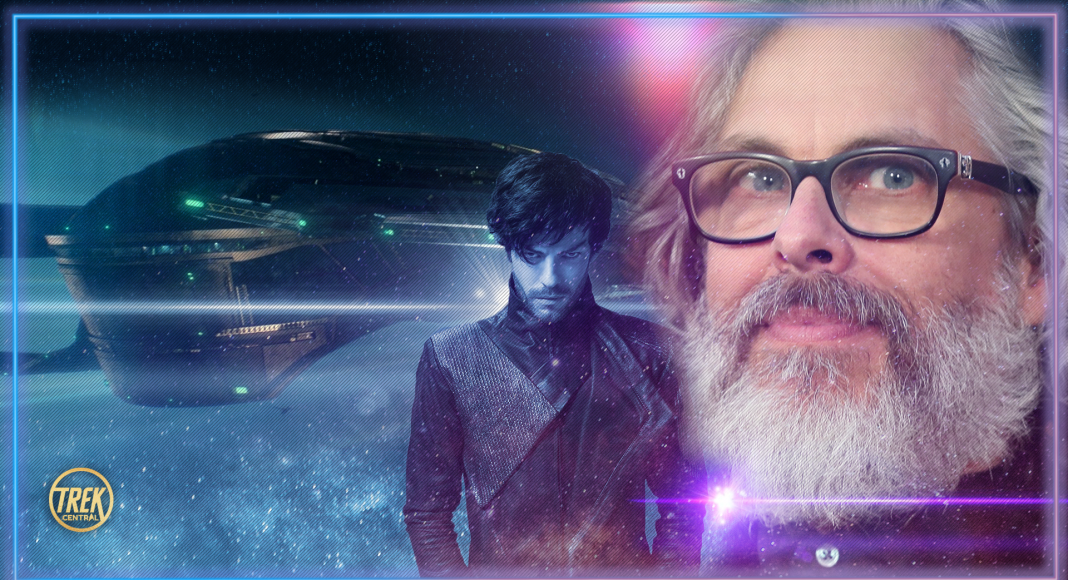 Michael Chabon was brought into season 1 of Star Trek: Picard as showrunner; the role that Terry Matalas has for season 2. Chabon helped construct the universe that Picard finds himself in and it would seem from a recent blog post, he was responsible for building upon the mythology of the Romulan Star Empire.

On his site a new entry entitled “Some Notes on Romulans” helps create some of the backstory behind the newest elements of Romulan culture seen in Star Trek: Picard, namely the Order of the Qowat Milat from which Evan Evagora’s Elnor was a member. Chabon also looks at the Romulan society, its fundamental need for secrecy, entertainment, co-habitation, class structure and goes as far as to explain a Romulan wedding. The overall piece is quite informative and gives a deeper look into the mythology surrounding one of the Federations greatest threats, than we have ever seen before. Below are some of our favourite takeaways from the blog post.

It would seem that deception and secrecy are inherent within the Romulan empire to the point that members of its own government do not know the true extent of its inner workings:

Their culture is an endless series of variations on themes of concealment, the covert, the hidden: masks, pseudonyms, conspiracies, layers of deception, cover stories.

Romulan government is conducted and organized like a vast espionage network; broken into countless independent cells, none of which is ever fully aware of the other’s exact role or duties, each suspicious of all the others; only at the very highest levels is there anything like a sense of the complete picture, the overall plan. And the highest levels are notoriously subject to intrigue, plotting, coups and rivalries.

But it’s not just the people in power that are subject to this belief of subterfuge and diversion, it is also embedded within its everyday citizens as Michael Chabon adds:

A Romulan’s sense of privacy and secrecy is so powerful that a routine (to us) polite inquiry such as What have you been up to today? or How are you? is an indication of long acquaintance, deep connection. Even then, the answer is often a variation on None of your business. The customary Romulan greeting translates as I see nothing [improper] to which the customary reply is Nothing to see.

The question is though, where did this concept come from, why are the Romulans like this? Michael Chabon of course doesn’t go into the whole history as that paper might be more than a mere 8-minute read, he does however offer a theory based on a legend:

Legend holds that the basis of Romulans’ ﬁxation on deception and the hiding of secrets is the unusually high proportion of mimetic (camouﬂage-using) native animals and plants that the ﬁrst settlers of Romulus found on arrival, snakes that look like ﬂowering vines, ﬂowers like lizards, mammals that alter their coloration according to patterns in light falling on them. Best known of these to outsiders, of course, is the so-called “warbird” after which Romulans have long patterned their military starships. The plumage of this raptor has unique optical properties that mimic the wavelength of ambient light, causing the birds to “disappear” against a clear blue sky, a phenomenon that is said to have inspired the most celebrated, and most Romulan, of all Romulan technologies: the cloaking device.

Michael Chabon goes on to explore the Tal Shiar, otherwise know as the Romulan ‘Secret Police’. Interestingly, he does not cover anything relating to the even more mysterious Zhat Vash, the main villains of Picard season 1 whose goal is to rid the universe of all synthetic life forms. Even to Michael Chabon, some things must remain a mystery.

There is no complete picture of who the Tal Shiar are, or what their function in society really is. Informing, among Romulans, is considered not merely a virtue but an art form — it takes great skill to gather any kind of useful information about a Romulan, because they are so secretive, and anyone who can do it well enough to share it with police is considered particularly astute.

But there is ample evidence that the Tal Shiar are something more akin to an elite warrior corps, like the Green Berets or Death’s Head SS, than an instrument of state terror and control. They may be both; they may be something more, besides. It’s entirely possible, given the structure of Romulan government, that not even the Tal Shiar are completely aware of the full extent of their mission or purpose.

As you can imagine the most coverage he gives is the Qowat Milat, an order of warrior nuns who believe in “absolute candor”. A contradiction in Romulan culture that goes against everything that makes up a Romulan. Described as “utterly apart from the Romulan mainstream, but every bit as traditional”:

The central tenet of Qowat Milat teaching is a kind of radical inversion of mainstream Romulan belief. Among Romulans, the true, innermost self, with its secret name, is something to be concealed behind masks, hedges, deceits and barriers. Revealing that private self is the ultimate intimacy, and an ecstatic act. Among the sisterhood of the Qowat Milat, however, that “innermost self” is held to be an illusion, or a delusion, the ultimate deception: there is no innermost self.

They do not suffer fools, never hold their tongues; they have, deliberately, no ﬁlter. They scorn guile, repudiate deception and avoid all alliances, even ones that might serve their needs (or save their lives), lest they fall inadvertently into conspiracy. They discard all names but a single open name that they choose by throwing of divinatory “name dice.” Their ﬁdelity to any sworn oath is legendary.

As the Order stands for and induges in practices that are so far removed from the Empire, it is not surprising to read that they have suffered at the hands of their own people for it.

Naturally, this radical, even heretical behaviour puts them very much at odds with the rest of Romulan society. They endured centuries of persecution, which is what led them, in time, to become such fearsome ﬁghters.

Although they suffer these persecutions publicly, behind closed doors the Qowat Milat are a key element within the Romulan government.

It is whispered, however, that no one becomes Romulan praetor without the approval of the Qowat Milat, and furthermore that the Romulan Empress is always drawn from, or trained by, the Qowat Milat sisters.

The complete article can be found on Michael Chabon’s blog and I cannot recommend reading it enough. When we watch our favourite shows that incorporate new elements can be a little jarring especially when it hasn’t been seen before. This article just offers that little bit of extra insight and really helps flesh the limited information given to us on screen.