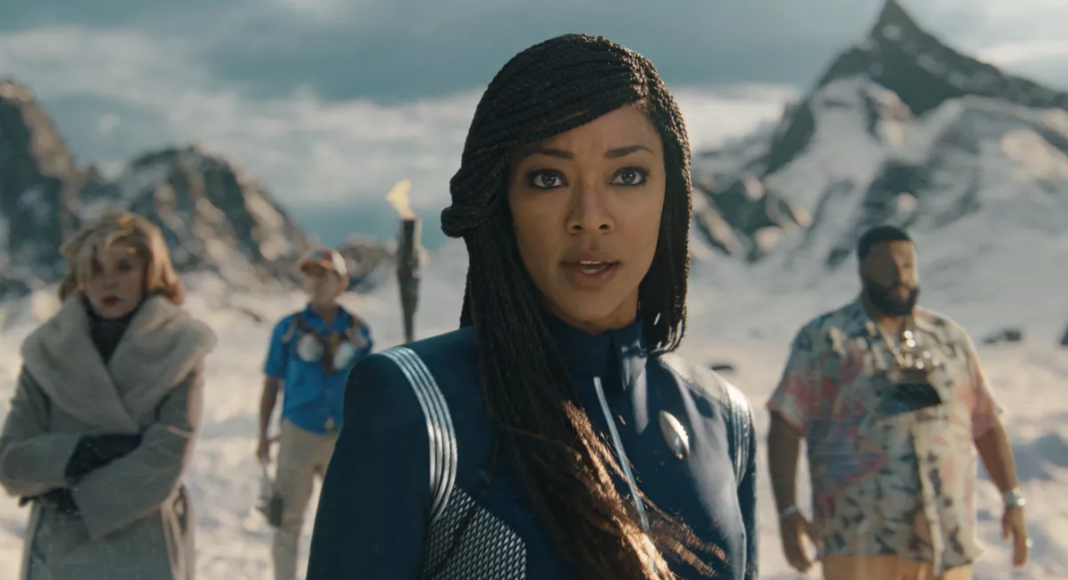 In preparation for the March 4th launch, the Paramount+ promotion push continues at pace and during this Sundays Super Bowl Michael Burnham will join the climb to Paramount Mountain.

Over the past few weeks, the promotional push from ViacomCBS over the rebranding of CBS All Access to Paramount+ has be garnering some momentum. So far, we have been treated to a few 30 second promos featuring characters from a variety of CBS shows and brands, most notably for Star Trek fans, they have included Anson Mount as Captain Pike and Ethan Peck as Spock, trying to make their way to the summit of Paramount Mountain.

UPDATE: The full release of promos so far can be found below, and as of this morning we can add the latest addition featuring Michael Burnham to the growing list. This was released in the early hours of Wednesday (UK time) and makes us think if they are releasing this now, do they have something bigger planned for the Super Bowl?

It would seem that we are actually still only in stage one of ViacomCBS’s marketing campaign which will culminate during the Super Bowl and its world-famous half time show. Thanks to AdWeek, we have access to some more details on what we can expect during the Superbowl and going forward from Viacom CBS.

According to the news outlet, Paramount+ is to feature prominently during the climax to the American Football season. Wrapping Paramount+ around the event we can expect to see content both pre-match, post-match and via its social media channels.

“We’re going to wrap the Super Bowl in surround sound. We really want to make this a moment for Paramount+.”  – Domenic DiMeglio, ViacomCBS Digital’s CMO

Phase two of the Paramount+ campaign will begin almost immediately after the game “with brand-forward spots highlighting the depth and breadth of the service’s programming” and will continue throughout February.

On March 4th when Paramount+ goes live a “Mega Stunt” is planned. What this consists of is not known as no details, as you might expect, have yet to be revealed so watch this space and we will let you know anything as soon as we get it.

One thing we can hope for, as the Paramount+ marketing campaign shifts into phase two and its focus turns to brand specifics which focuses on content and programming, is the reveal of more footage from the in-production Star Trek: Strange New Worlds and Discovery, with Michael Burnham now appearing in the ads it could give us an indication that Discovery Season 4 could be one of the shows at the centre of the Paramount+ campaign. It’s also possible that we could get some debut footage from the yet unseen Star Trek: Prodigy which may have finished its season 1 production.

We will keep you updated on all things Paramount+ in the meantime check out the promos that have been released so far and we will keep a close eye on Sunday’s event and share any new promos via our Twitter account as they become available to us so make sure you give us a follow.