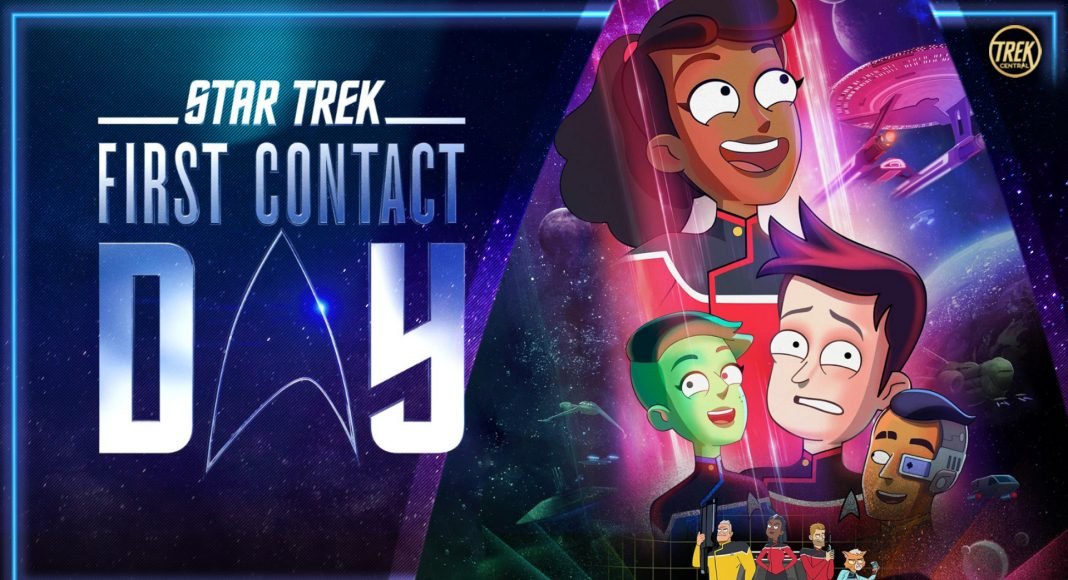 First Contact Day is proving to be the gift that keeps on giving! Following new trailers for Picard and Discovery, we now have a new trailer for season 2 of Star Trek: Lower Decks. The show picks up straight after season 1 and finds Bomlier living his best life on the bridge of the USS Titan under the command of the returning Jonathan Frakes as Captain Riker.

It’s also been confirmed that not only will Lower Decks season 2 return on August 12th, 2021 but that it has also been renewed for a third season of ten episodes thanks to confirmation via Deadline.

We will see the return of Anbo-jyutsu first seen in the Star Trek: The Next Generation episode ‘The Icarus Factor’

Developed by Emmy Award winner Mike McMahan (Rick and Morty, Solar Opposites), Star Trek: Lower Decks focuses on the support crew serving on one of Starfleet’s least important ships, the U.S.S. Cerritos, in 2380. Ensigns Mariner, Boimler, Rutherford and Tendi have to keep up with their duties and their social lives, often while the ship is being rocked by a multitude of sci-fi anomalies. The Starfleet crew residing in the “lower decks” of the U.S.S. Cerritos, includes Ensign Beckett Mariner, voiced by Tawny Newsome, Ensign Brad Boimler, voiced by Jack Quaid, Ensign Tendi, voiced by Noël Wells and Ensign Rutherford, voiced by Eugene Cordero. The Starfleet characters that comprise the ship’s bridge crew include Captain Carol Freeman, voiced by Dawnn Lewis, Commander Jack Ransom, voiced by Jerry O’Connell and Doctor T’Ana, voiced by Gillian Vigman.