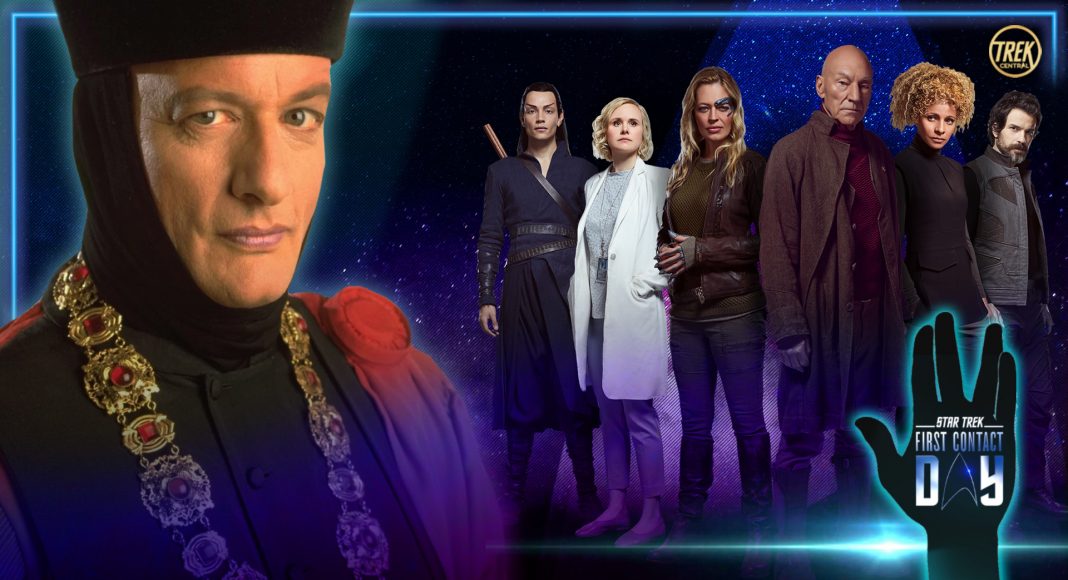 Breaking news from the opening presentation of First Contact Day by Sir Patrick Stewart who introduces the first teaser from season 2 of Star Trek: Picard alongside the return of John De Lancie as Q

The first panel of First Contact Day hosted by Wil Wheaton and Mica Burton has brought the greatest news that we have hoped for. Thanks to the reveal by Sir Patrick Stewart we have our first teaser trailer for Star Trek: Picard season 2 as well as the revelation that the omnipotent being known as Q is coming back to the Star Trek franchise and will be played by the returning John De Lancie, who joined Wil Wheaton and Patrick Stewart during the presentation.

John De Lancie returned briefly in a cameo during season 1 of Star Trek: Lower Decks and will be joining season 2 of Picard in a much more substantial role it would seem.

When asked his thoughts on his return, John De Lance replied “Finally!” with Patrick Stewart adding that Q’s return comes at “Shattering moment” for Picard.

The short teaser also confirms that season 2 of Picard will return in 2022 as expected.