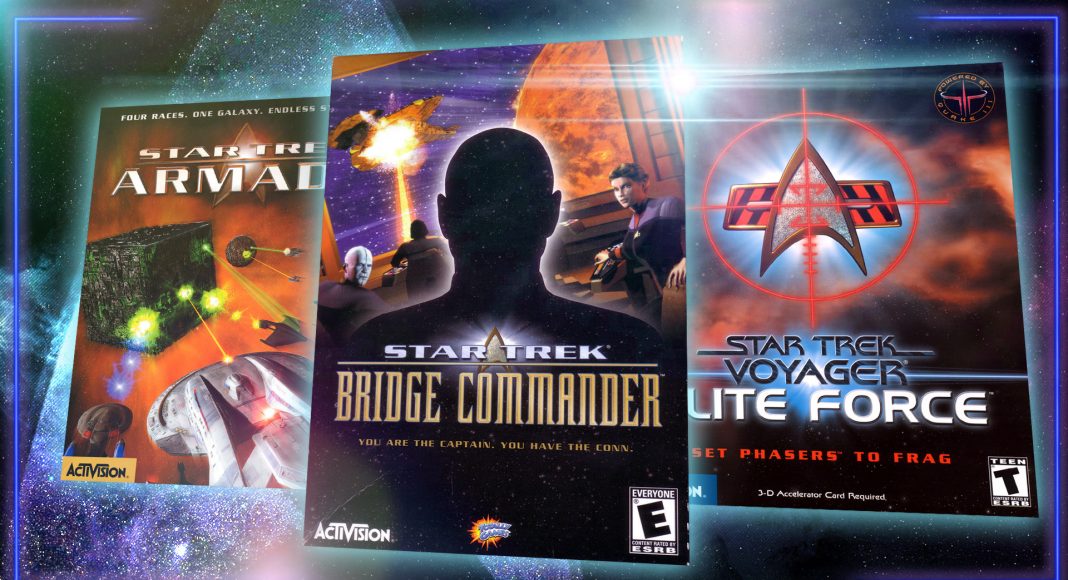 You might remember some of the ultimate classic Star Trek Video Games that came out in the ’90s. if you’re not sure, then we’re talking about the likes of Star Trek Armada 1 and Armada 2. The iconic Star Trek; Bridge Commander and Star Trek: Voyager Elite Force and Elite Force 2 are among the iconic lineup. Turns out, we might be seeing these games again soon.

First spotted by GameFront, the games mentioned above might find themselves on GOG Galaxy soon. it would appear that this theory is due to the game cards for titles on the platform being recently updated with new CBS Copyright watermarks.

At this point, all the games mentioned now show a new copyright watermark with the CBS and ARR marks. ViacomCBS is of course the current rightsholders to Star Trek. With the recent merger between CBS and Viacom (Paramount), this could mean things are simply being updated for legal reasons.

Currently, you cannot purchase these Star Trek video games digitally anywhere. It would be fantastic for these classic games to get a solid new home. GOG Galaxy is a platform in which people can connect multiple platforms and keep track of all of their games in a single library. This is very similar to the likes of Steam and Origin.

GOG has had multiple high-profile publishing agreements over the last few years. Disney / Lucasarts partnered with GOG a few years ago to see classic Star Wars video games such as Star Wars: X-Wing / Tie Fighter come to the platform.

Which classic Star Trek game is your favorite? Let us know!

Recent years have not been kind for Star Trek video games. While Star Trek: Online continues to champion itself as being one of the mainline games, new content is sparse. Mobile games have dominated Star Trek games recently, but when it comes to actual PC/Xbox/Playstation games, Star Trek has been left in the dust when compared to others franchises like Star Wars.

With the merger of ViacomCBS, perhaps the future of Star Trek video games is now more clear. Though for the moment, we shall wait and see.