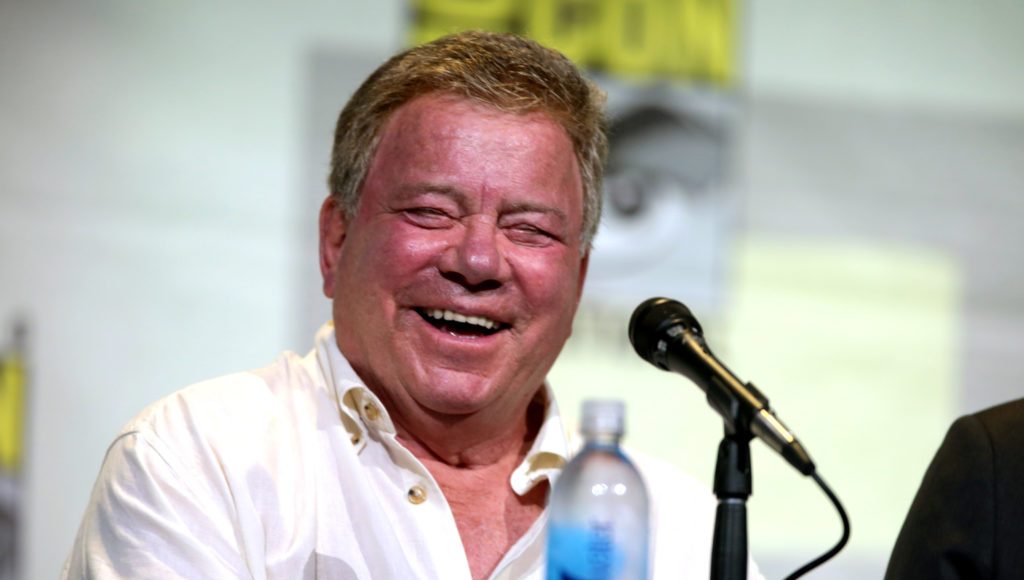 William Shatner Explains Why Kirk Series Won’t Happen, But Can It?

During a recent interview with Rolling Stones Magazine on his new blues record, William Shatner touches in why a Captain Kirk series is not on the horizon, but we ask, can it?

William Shatner is a man of many talents, away from acting he also likes to sing and recently discussed his new album, called The Blues, which arrives on October 2nd with Rolling Stones Magazine. During that interview, Shatner touched in the reasons why a Captain kirk series isn’t likely, even though we have had a series that has focused on another legendary Starfleet captain in Picard.

It might come as a surprise to some that William Shatner has yet to see any of the new Star Trek Universe productions but given his work commitments including TV series The UnXplained, an 8-part motorcycle documentary and his music we can understand why.

“I’ve sent Patrick messages, but I haven’t watched it. I’ve seen the Star Trek: The Next Generation guys at many Star Trek conventions and they’ve all become buddies of mine. But I’ve never seen the show. I’ve never seen these other shows that everyone talks about. I don’t watch it. I watch movies. I watch sports. I’m a news-aholic. I watch a lot of television, but I don’t watch fictional television of that ilk.”

Patrick Stewart returning as Picard did raise the hopes of many long-term Star Trek fans that we might also see William Shatner don a Starfleet uniform once again. However, it looks like we can finally put that idea to bed.

“I filmed a commercial yesterday and it took 12 hours,” he says. “I got home and fell into bed. I got up this morning to do these interviews and I’m exhausted. I don’t know what Patrick is going to do to film the way a series takes it out of you. A series is 14 hours a day and then on the weekend you’re doing publicity. It’s all your time. I’m having a good time and I have time to ride my horses and pay attention to my family, so I’d never do another series like that.”

With his 90th Birthday approaching in March 2021 we can certainly understand his reasons for not wanting to do a full series like Picard. Its worth noting thought that this is not the first time he has had to address a possible return to Star Trek. Back in March of this year, he gave a similar response to the one he offered Rolling Stones by saying he would not be returning as Captain Kirk

“What was any different about my statement on Kirk that I haven’t said before? I don’t do cameos. Kirk’s story is well told out of any other captain’s story. What is really left? Adventures in the ribbon?”

The ribbon, of course, relates to Kirks supposed death in Star Trek: Generations. This response was again a reaction to constant questioning because of the Picard series launched by CBS. However, in June William Shatner offered some additional hope with an interview with Metro while promoting The UnXplained in which he stated that he would love to play Kirk again.

“If they wrote it and it made reasonable sense, then I’d love to [play Captain Kirk again],” Shatner said in the interview. ‘I wouldn’t do a series,’ he continued. ‘If the role was written properly and it wasn’t a cameo or gratuitous; being there just to show my face, I wouldn’t do that.’

What we can gather from these statements is that if the situation was right, Shanter might come back. He has stated numerous times that he won’t do cameos; to Shatner, a cameo is a walk-on part with the sole intention of boosting ratings or selling a series, but if it was a well written sustained part in a Kirk series that doesn’t have the filming commitments that he cites in the Rolling Stones interview? Raises an interesting question, could a Captain Kirk series be done with Shatner?

At present, the simple answer would have to be no. As we know in the prime timeline William Shatners Kirk was killed off at the end of Star Trek: Generations. Unless they retcon that death somehow it seems very unlikely that we could see Kirk again in this timeline. Of course, William Shatner himself retconned Kirks death in his novel The Return published in 1996, two years after the premiere of Generations. The plot is slightly convoluted but basically sees the Borg forming an alliance with the Romulans to bring Kirk back to life and implanted with instructions to kill Picard. Unfortunately, this novel could not be used as canon for this situation due to the fact that at the end of the book, Kirk is again killed, this time in a manner much more in keeping with the legendary captain.

Within the new series of TV shows, there might be ways to go about bringing Kirk back but in all honesty, I would imagine that would not go down well with fans and would just look like shoehorning it in so they can capitalise on bringing Shatner back. There is already rumours that a young Kirk might pop up in the upcoming Strange New Worlds series and we have already stated why we wouldn’t want that to happen but if they did bring Kirk back it will not be William Shatner.

This has the possibility of splitting the fan base but the other way that Shatner could return in a Kirk series could be within the Kelvin Timeline. The events in JJ Abrams Star Trek reboot in 2009 set about a new timeline of events that impacted both the prime universe (see Picard) and created a new one in which Kirk is a very different character to the one Shatner played. The role portrayed by Chris Pine over three films sees a captain who is brash, impulsive, cocky but unsure of himself. With Shatner stating that his Kirk has been well explored and with little left to tell, would the prospect of playing an older Kelvin Kirk appeal? It would allow him to flex some acting muscles and play a role he has embedded into popular culture over 50 years in a completely different way with new character traits and experiences. How this type of series would work is open to debate, it could be a series in which the Kelvin Shatner is reminiscing about past adventures, maybe writing his memoirs and told in flashback form we see a new Star Trek cast playing their younger selves or indeed, slightly older set in the times of the original movie series. This wouldn’t need as much time on set for Shatner and it would give him the chance to return to the Universe he helped to popularise.

The last option would be in animation form. A series set between the Motion Picture and Wrath of Khan? The events after Star Trek VI? We could even have a series that finally tells the final year of the five-year mission, this is if we take the original Star Trek Animated Series as canon (which I do). Doing voice-over work would certainly take up less time for Shatner and sat in a comfortable recording studio would most likely be a more appealing option than on a busy set. The series could also offer a way to retcon the death of Kirk in Generations.

What do you think? Would you like to see Kirk return with Shatner? Would it just be too much at this time to have another new Star Trek show in the pipeline? Let us know and get involved via our social media platforms: