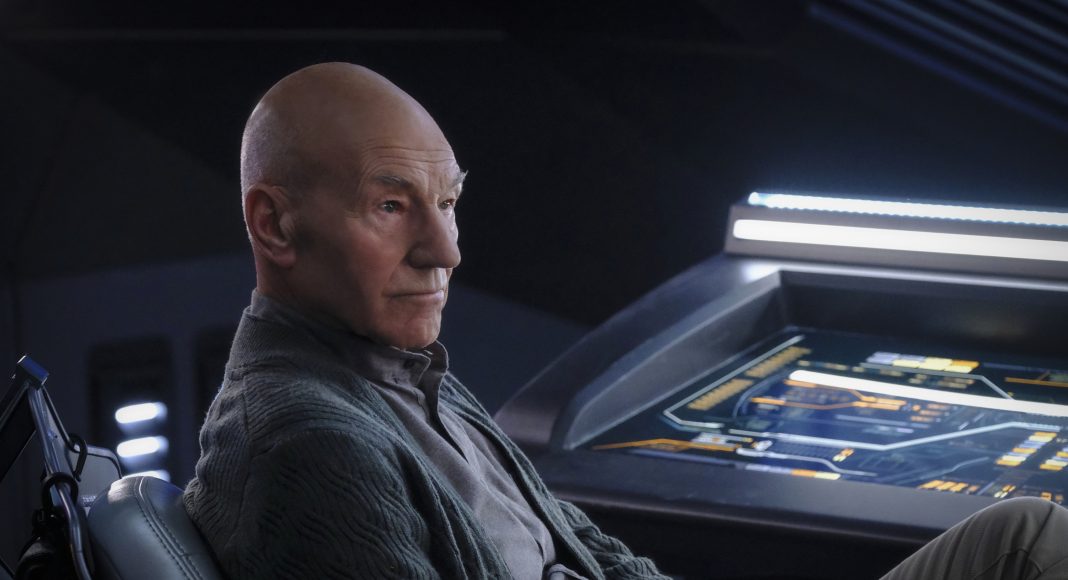 Star Trek was celebrated last night at the Critics Choice Super Awards ceremony held during a special broadcast event on the American network, the CW. Initially, up for 7 awards which were announced back in November 2020, the celebration was extra special due to the presentation of the first-ever Legacy Award which was awarded to Star Trek and accepted by Sonequa Martin-Green (Michael Burnham, Star Trek: Discovery) and Sir Patrick Stewart. An award that recognized “the cultural impact Star Trek has had across multiple decades while continuing to appeal to and grow its loyal fanbase with new stories and characters” and coming in what is Star Treks 55th Anniversary year.

“On behalf of my Star Trek: Discovery family and the many extraordinary television series and films that inhabit the Star Trek Universe. I would like to thank the Critics Choice Association for honouring all of us, and most importantly Gene Roddenberry‘s timeless vision, with your first-ever Legacy Award.”

Alas, when it came to the other nominations, Star Trek was found wanting at the Critics Choice Super Awards as it lost in all but one of its nominated categories.

Both Picard and Discovery had tough competition in the Best Science Fiction / Fantasy Series and eventually lost out to The Mandalorian. Lower Decks also lost in the Best Animated Series category to Bojack Horseman. The other nominations for Star Trek included best voice actors for Lower Decks for performances by Jack Quad and Tawny Newsome who came second to Will Arnet (Bojack Horseman) and Kaley Cuoco (Harley Quinn) and Best Actress in a Science Fiction / Fantasy Series which surprisingly (for this writer anyway) saw Sonequa Martin-Green lose out to Natasia Demetriou for What We Do in the Shadows, a brilliant actress in a great show but still a bit of an upset.

However, it was Sir Patrick Stewart who came out on top in the Best Actor in a Science Fiction / Fantasy series when he beat of some amazing actors and performances from Travis Fimmel (Raised by Wolves), Sam Heughan (Outlander) Pedro Pascal (The Mandalorian), Nick Offerman (Devs), Robbie Amell (Upload) and Kayvan Novak (What We Do in the Shadows) to win the award. Accepting the award remotely he thanked his Star Trek: The Next Generation, co-stars and executive producer Rick Berman.

For a complete list of winners, you can visit the Critics Choice Super Awards website by clicking here

About the Critics Choice Association (CCA)

The Critics Choice Association is the largest critics organization in the United States and Canada, representing more than 400 television, radio and online critics and entertainment reporters. It was organized last year with the formal merger of the Broadcast Film Critics Association and the Broadcast Television Journalists Association, recognizing the blurring of the distinctions between film, television, and streaming content. For more information, visit www.CriticsChoice.com.