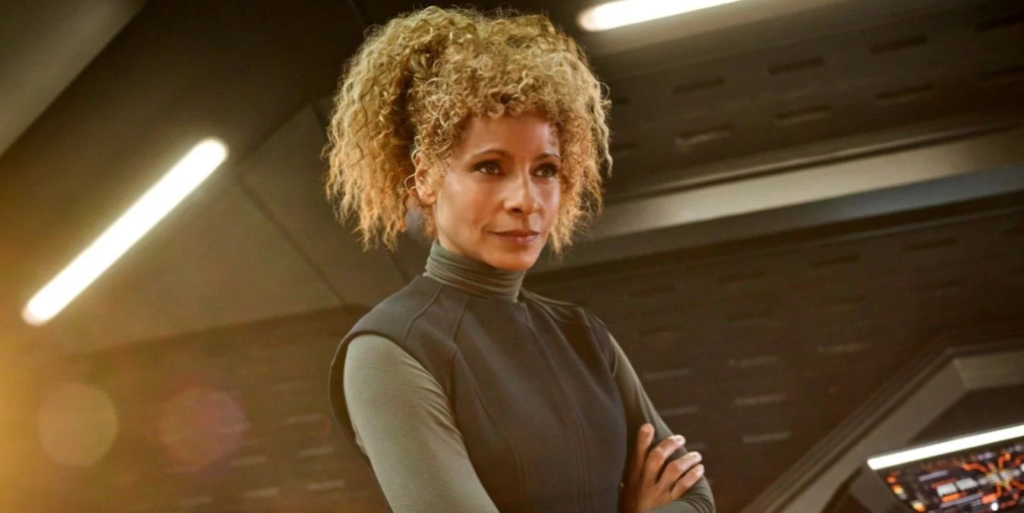 Picard Star Michelle Hurd recently spoke to Inverse.com talking about Picard season 2 and the relationship between Raffi and Seven of Nine.

It’s safe to say that one of the more controversial characters from Star Trek: Picard’s first season was Michelle Hurds Raffi Musiker, Jean Luc Picard’s former first officer during the time of the evacuation of Romulus. Even though Michelle Hurd gave an amazing performance in the role, it was some elements of her character that fans were not happy with, she was living alone and it seems that she has developed issues relating to alcohol and drugs in the years since her fall out with Admiral Picard. This was not really in keeping with the idealistic future we have come to expect from Star Trek.  However, as the series progressed, we learnt more about Michelle Hurds character and come to realise that she is a damaged individual. She was forced out of Starfleet not long after Picard quit and has a son that has become estranged who we later meet in the series and it’s a pretty brutal encounter. All in all, the character of Raffi actually has better development as the series goes on than many of her colleagues as a woman looking for redemption.

Whatever we think of the character she will be returning in Season 2 and during Michelle Hurds interview with Inverse.com she revealed that they are looking to start shooting in January.

“I believe we are going to be going back in January. That’s the last thing I heard. So we’re really excited about that. We just want to make sure that everybody’s safe, and the protocols are in place so that we can keep our captain as safe as we possibly can. We haven’t gotten any of the scripts yet, but it’s a testament to the world of Star Trek, and to Gene Roddenberry, that our writers and our producers are always are influenced by what is going on around us and how it impacts us as a society. So I don’t know that they’ve changed anything they had already written. But they were writing this next season during this pandemic, and I can’t imagine that they haven’t been influenced by what we’ve all experienced during this time.”

So a hint that what has happened during this pandemic could help influence the next season or even season 3 of Picard, as we know Picard is filming its next two seasons back to back.

Another issue that fans took issue with, was the hint of a relationship between Raffi and Seven of Nine as they are shown to be holding hands during the last few minutes of the season finale. Many fans where left confused by this as, during their very limited time on screen together, the two characters never said or expressed anything that looked like desire. It is, of course, plausible that this happened off-screen but to then just to put it in so nonchalantly near the end was, to say the least unexpected. It does look like this relationship could follow on into season 2 and although Michelle Hurd doesn’t come out and say it, it does appear that Jeri Ryan will be back in the next season of Picard.

“These are two really intelligent, strong women who have overcome big obstacles. Raffi is still trying to find her feet, but there’s a person in front of her who walks into a room and commands the space. Raffi is so curious — she’d love to hear all the things that Seven of Nine has gone through. There’s such camaraderie there and they share that dark sense of humor. Could you imagine their conversations? I’d love to see a fluidity to their relationship. It’s about connection — seeing someone, hearing someone, allowing those people to affect us — and acting upon that without judgment, without labels, without stigma. I have no idea exactly what will be happening in the future for Raffi and Seven. But I really have faith in the in the writers and their vision. I would really love to see that relationship taken to a place where that love is explored and embraced and celebrated.”

Michelle Hurd also speaks about her performances in season 1 and how the love for Star Trek runs through her family, visit  Inverse.com for more.

What are your thoughts on Raffi and the possible ongoing relationship between her and Seven? Let us know and get involved via our social media platforms: