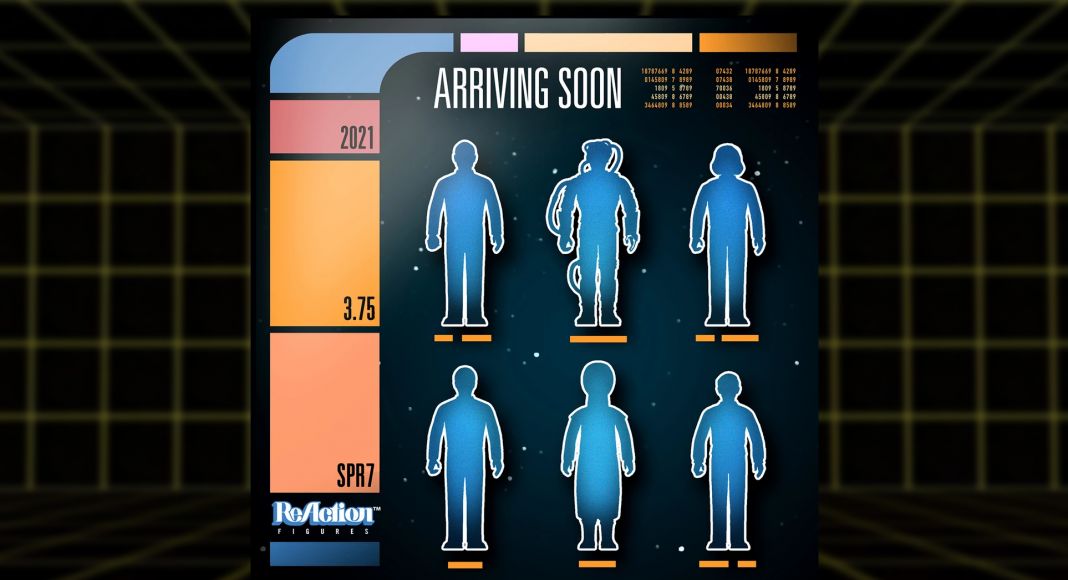 Super 7, the company that brought us the ReAction retro action figure is building on their Star Trek portfolio by announcing a new line of Next Generation collectables.

Super 7 was formed in 2001 and instantly emerged itself into the pop culture world by designing toys, clothes and collectables based on a huge catalogue of licenses.

One of the more popular lines from Super 7 is the ReAction range. A simple retro-style figure with limited articulation which often comes with very few accessories. Its a very popular brand of figures with collected that incorporate a wide range of genres including horror, sci-fi and animation; featuring characters from Aliens to Back to the Future to heavy metal bands like Iron Maiden.

Super 7’s first foray into Star Trek came with the Original Series which saw releases of Kirk, Spock, McCoy and other well-known characters from the franchise and now they will be adding the Next Generation to the collection.

The figures will stand at 3.75 inches and in its first wave will include Captain Picard, Worf, Data, Wesley Crusher, Guinan and a Borg Drone, all scheduled for a spring release.

Super 7 Founder and Owner, Brian Flynn says of the new line “Star Trek: The Next Generation was a breath of fresh air, not just on television, but to my relationship with Star Trek. Suddenly, I cared a lot. From Picard, to Riker with and without beard, Data and Lore, reverse ageing Guinan, Q’s infernal meddling and being way too captivated by any Borg storyline that ran through the series and beyond, I finally came to really understand the world of Star Trek in ways I did not when I was younger, and I can’t wait to celebrate that history with the toys that Super7 will be making.”

A second wave of Super 7 TNG figures will follow not long after with a scheduled release later in the year.

No images of the figures are available as of yet but we have included an image of the original Star Trek line to give you an idea of what you might expect if you are not familiar with the series.

So, will you be looking to add these to your collection? I know I will. Let us know via our social media platform below.