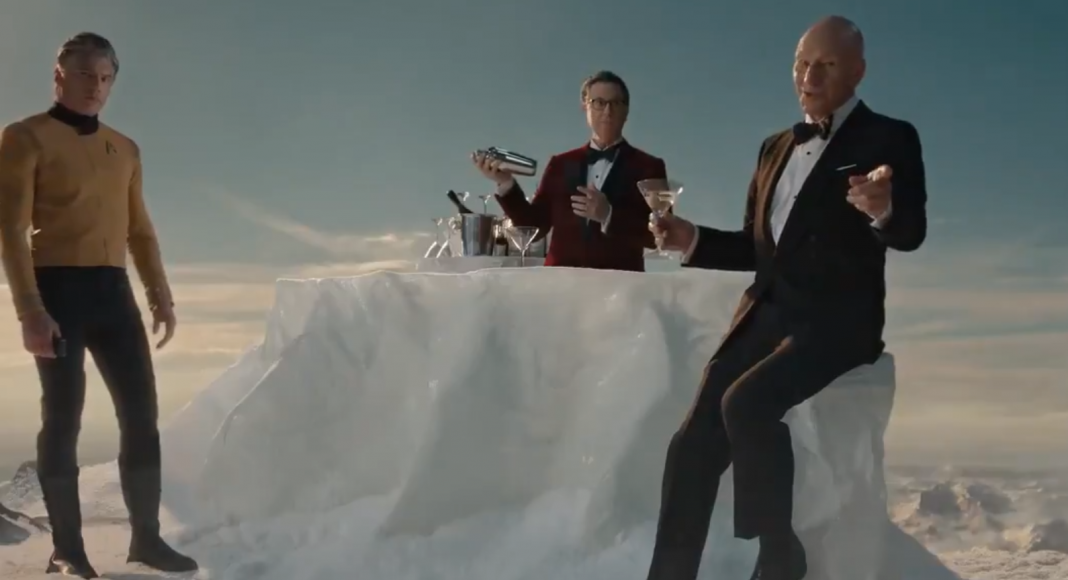 Via their YouTube channel, Paramount+ has released the final, extended, promo for its upcoming streaming service due to launch on March 4th.

In just a few weeks ViacomCBS has ramped up its Paramount+ promotion with a series of promos that build on the metaphor of a mountain of entertainment. With various characters from TV shows such as Jersey Shore, Beavis and Butthead to our very own Star Trek, have been traversing up the iconic Paramount mountain. Thanks to the newly released promo which will feature during the Super Bowl on Sunday, we now know what awaits them… Sir Patrick Stewart. Of course.

As you can see from the video above, Captain Pike and Mr Spock manage to reach the mountain top, but with no sign of Michael Burnham who featured prominently in the previous promotional clip. Maybe cold climates are not really her thing.

Still, its fun to see the end outcome of what is only the first phase of a three-pronged Paramount+ marketing strategy that will see phase 2 begin straight after the Super Bowl on Sunday. As we reported here, phase 2 will be a more focused approach based on individual brands and franchises that could see some early footage from Strange New Worlds or Discovery 4, or even first footage from Star Trek: Prodigy, all building up to what ViacomCBS is calling a “Mega Stunt” on launch day on March 4th.

You can see all the other promos from Paramount+ below.