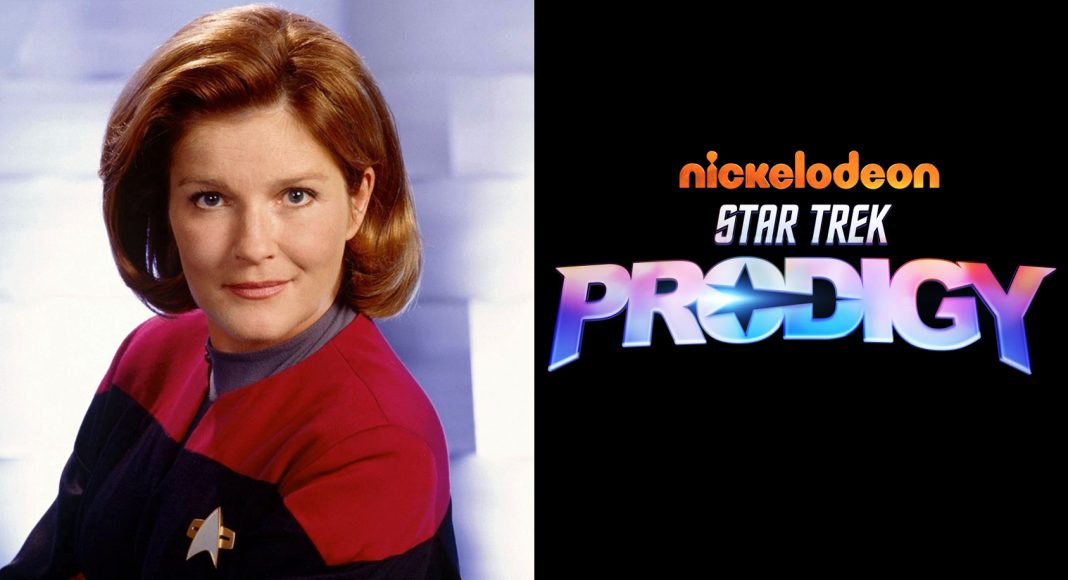 Kate Mulgrew participated in a Q&A session hosted by Galaxy Con in which she hints that Star Trek: Prodigy could already have a second season.

Galaxy Con host several ‘meet the cast’ virtual Q&A sessions featuring stars from a vast array of franchises and brands; this weekend saw the return of the Star Trek: Voyager cast. The Q&A sessions are free to view, however, fans can purchase a one on one meet and greet with their favourite actors as part of the event.

That’s what Twitter user Jemabean1 did as she had her one to one with Kate Mulgrew, which she then uploaded to her Twitter account. Along with showing Kate Mulgrew her favourite Trek mug and asking if Voyager were made today would Kate play the role of Janeway any different. A fair question that ultimately led to an unexpected hint of a potential second season for Star Trek: Prodigy.

“We are so excited for [Star Trek] Prodigy.” – Jemabean1

“I think you will enjoy it, I certainly enjoyed doing it and I think we are going into the next season soon.” – Kate Mulgrew

The uploaded video can be seen in the tweet below.

While this does not officially confirm that a second season has been commissioned by CBS, it would suggest that scripts are in place for a second season of Prodigy that features more Captain Janeway.

Prodigy was announced way back in April 2019, as one of a number of Trek Shows in production and will be the 3rd animated series set in the Star Trek universe. It wasn’t until October 2020 that we received the news that Kate Mulgrew would be reprising her role of Janeway for the show.

Hopefully, we get some official news soon for Star Trek: Prodigy, so follow Trek Central and all our social media platforms to stay up to date with all things Star Trek and get involved as we would like to hear your thoughts and feedback.