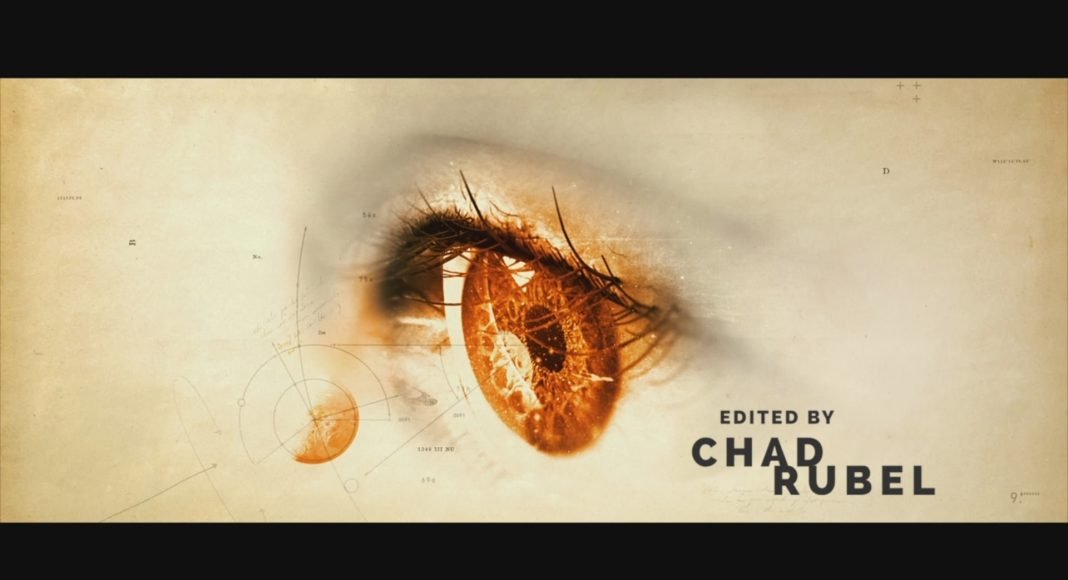 Star Trek Discovery Editor Chad Rubel took time out of his busy schedule to discusses his work on season 3 and the challenges facing production during the Covid19 pandemic.

Chad Rubel has been in the industry for 20 years and has worked on high profile TV shows that include Fringe, Sleepy Hollow and How to Get Away with Murder and in 2020 he joined the team on Star Trek: Discovery. His editing credits for season 3 include ‘People of Earth’, ‘Scavengers’, ‘Terra Firma Part 1’ and ‘There is a Tide’.

Currently busy prepping for season 4, Chad took time out to speak to Trek Central to give us an insight in working in the Star Trek: Discovery editing room.

Trek Central: Early in your career, you worked on films then moved into TV, what are the biggest differences or indeed challenges between those two mediums, in my mind, I would imagine TV would be the bigger challenge, given the tighter deadlines for episode turnaround?

Chad Rubel: Everything is more immediate in Television in comparison to movies. There is definitely a faster pace to television and workflows. A show like Fringe that I worked on as an Assistant Editor did 20+ episodes in 9-10 months. Compared to a 90-minute movie that I worked roughly the same amount of time. Network Television has tighter deadlines than streaming services, but we are still moving fast.

Trek Central: What was the attraction for you to work within editing?

Chad Rubel: Even though nowadays I am always collaborating with someone, Editing was one of those jobs I could do most of my work on my own in the beginning. I was lucky enough to go to a high school that had a TV studio and I was always drawn to Editing. I started Editing on Linear Tape to Tape Editing systems which was much harder to learn on compared to the digital systems we work on now. I feel that learning the hard way has trained my brain to plan out my editing decisions ahead of time. I try to always have a plan after watching dailies and before I make my first edit in a scene.

Trek Central: How did you come to work on Star Trek: Discovery?

Chad Rubel: I got an email from the Post Producer, April Nocifora, to send my resume for an Editing position on Discovery. I was ecstatic for just the opportunity to interview and didn’t stress if I got the job or not. I worked with April before on Sleepy Hollow and Fringe. Both shows were co-created by Alex Kurtzman, but the interview was the first time I met Alex.

The interview went well and I feel like I had people rooting for me in my corner. A few people reached out on my behalf to Alex. I know in my heart that I wouldn’t have gotten the job without their help. That is why your reputation is so important. One of the people who sent an email to Alex was one of the Editors from the beginning of Star Trek Discovery, Jon Dudkowski. I was Jon’s Assistant Editor on Fringe and several other shows. I’ll be forever grateful for their help.

Trek Central: Star Trek: Discovery Season 3 was hit, like many industries by the global pandemic, however, it holds the distinction of being the first show to have all post-production completed remotely. How does it feel to be a part of that achievement?

Chad Rubel: I have been blown away about the work that was done remotely from our department. The hoops that some people had to do to get this to air was above and beyond what is expected. It is really a credit to my boss, Post Producer April Nocifora, who runs such a great department for getting the show to air.

Once things were up and running, my job was pretty much the same as in the office. I would stream my edits to the producer’s computers and they were able to give me notes over the phone. I could do the notes in real-time and get feedback. All I was missing was the live interaction with people. In Season 4, the program that we are using, PacPost Live, to stream cuts got an upgrade and we have added a video chat feature.

Trek Central: How did the pandemic affect your own ability to work? What were the main challenges that you faced?

Chad Rubel: The hardest part of working at home was managing a family. Which I am sure is normal for everyone who got pulled out of their offices and thrown into their homes with kids. When does their Zoom start? What is your independent work? Making sure the kids stay on task and reviewing their work. This was the hardest thing to do and remain focused on my job.  Luckily all my bosses have been super kind and understanding in regards to the balancing act of work and kids.

Trek Central: Normally the director of the episode is present in the editing suite, of course with social distancing and restrictions in place, was this something that could continue or was it done some other way?

Chad Rubel: Director’s Cut is one of the most fun times I have on any episode. It is usually a fun atmosphere where you get to hear the Director’s commentary of everything that was going on behind the scenes on your show. So I’ll miss if this goes away for good.

I was almost done with the Director’s cut on my final episode of Season 3 when we got sent home due to the Pandemic. I was sending cuts to my director and getting notes back.

Now with PacPost Live to stream our cuts and the video chat feature, we are making it work with the directors. It isn’t the same, but everyone is doing their part to make it all work.

Trek Central: What was your favourite sequence to edit over the course of season 3? And Likewise, what was the most difficult sequence to cut together?

Chad Rubel: My favourite sequence in Season 3 was also the most difficult one for me. The escape from the Salvage Yard in Episode 306 was difficult for me because there was a flash tornado during production and they had to stop the shoot early. It was the last day at this location, so they had to pick up some of the material at a different location.

There was a rush for me to get through a lot of material to see what they had to get. Luckily it all worked out because we have an amazing Production crew. This is why when I watch this scene now, it means the most to me.

Trek Central: Liaising with other production departments must have been difficult, what was your workaround for this?

Chad Rubel: Production wrapped by the time we started shooting, but making an extra effort with communication has been important. We lost that ability to walk into someone else’s bay and discuss what is going on. Editorial had a weekly Friday Zoom meeting where we would check in with each other. I think these meetings were more important for mental health than anything else. It was so important to me, I would still attend these weekly meetings after I was off the show in Season 3. I just missed interacting with people outside of my family.

Trek Central: Finally, I know you can’t talk about Season 4, but I just wanted to ask even with the challenge’s faced during season 3 which will no doubt continue long into this year, how eager are you to get back to work on Star Trek?

Chad Rubel: I have been so excited to get back to work. I know I was luckier than most people in my industry, but I am not used to being out of work this long. I love what I do, so it never feels like work to me. So it was difficult to be away from that part of my life.

It’s been great working so far on season 4. The people I work with have been so good to me. I just feel lucky that I am able to work. The only problem I have is balancing family. It’s the production people who are the real superstars who are working with masks every day. Whenever someone thanks me for working during the Pandemic, I want to steer the credit to the cast and crew. They are really making it all happen and risking their health.

Season 4 of Star Trek: Discovery is currently in production.

Check out our video below in which we discuss the upcoming season and what we might expect in the next chapter of the Discovery crew.

Also, be sure to stay up to date with all things Trek via our website and our social media platforms.

Everything We Know About Star Trek: Discovery Season 5!