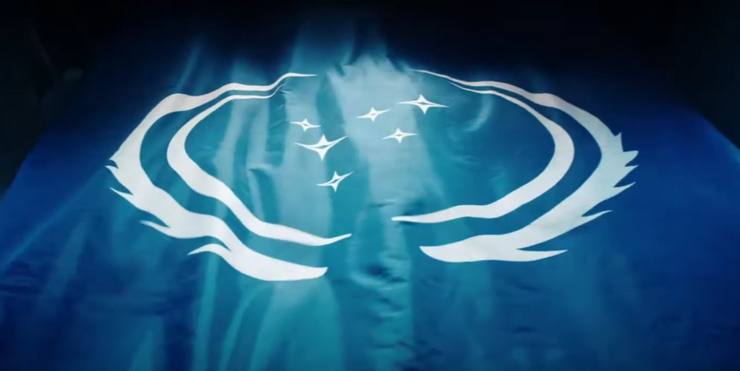 The Brave New World: The United Federation of Planets in the 32nd Century

We take a deeper look at the state of the United Federation of Planets as the USS Discovery and her crew settle into their new 32nd Century home.

The arrival of the USS Discovery to the 32nd century brought us furthest in the Star Trek Prime timeline. More than a century has passed since the captain Jonathan Archer met with the temporal agent Daniels on the bridge of the Enterprise J, during the so-called Temporal Cold War, in 3052. More importantly, a decade later, around 3069, a galaxy-wide cataclysm has occurred. We are talking about “The Burn”, a catastrophic event that destroyed countless ships, and millions of lives. It also prevented the use of warp drive and made dilithium the most precious element in the Galaxy. More importantly, “The Burn” and its aftermath, undermined the foundation of the United Federation of Planets, and its diplomatic-exploratory arm – Starfleet.

So, what do we know about the state of the Federation in the 32nd century, after six episodes? Not a lot, as “Discovery” offered us mostly basic or incomplete information. However, half a season in, we do have enough info to suggest what could be happening with one of the most venerable galactic polities. The Federation and Starfleet are merged into a combined civilian/military government led by Fleet Admiral Charles Vance. It is unclear if the civilian government is still operating, or if Starfleet took over, due to the perilous situation. The headquarters of this reformed government is not on Earth, but at the space station located in the Alpha Quadrant. More importantly, due to the limited number of ships under its control, Starfleet is forced to keep the location hidden, using some sort of distortion field. However, from the look at the holographic star chart, it seems that the headquarters is located near Tellar Prime, which would set it within the easy reach of the four founder worlds.

However, the size and influence of the 32nd century Federation are greatly diminished after “The Burn”. Of the 350 members worlds at its peak, only 38 of them are still flying the blue-white banner. Those planets include Kaminar, Barzan, Osnullus, and probably Tellar. We are not sure about the situation on Vulcan. Due to their lack of representation in the high command, however, we can assume that the planet is not a part of the Federation anymore. The same cannot be said for another founding planet, Earth. One of the first planets to leave the Federation, Earth is now an isolationist society, with no ties to the rest of the galaxy. Incredibly, the Terrans went so deep into the rabbit hole, that they cut the connection even with their nearby colonies in the Solar system, such as the Titan. Andoria too, seceded at some point, joining the forces with the Orions.

This left the Federation in a difficult situation, as its territory seems to be decreased not only in size but also disconnected. Fleet Admiral Vance admitted that it is difficult to keep in touch with other Federation planets, due to the subspace relays being knocked out, and the limited ships at his disposal. This could mean that there are pockets of the Federation, which are having their governments, and their laws, accepting only Vance’s nominal control. Or no control at all, acting as a separate “Federation”? Could it be that one of such factions is V’draysh mentioned in “Calypso”? Maybe the Headquarters controls just the areas that can remain in touch. After all, Vance has pointed out that instead of a five-year mission, Starfleet is now primarily focused on putting out fires, and maintain order on the few planets that are still within the reach. After all, the lack of dilithium and inability to develop an alternative to the warp drive significantly limited the range of the Starfleet vessels.

There is another sign of the United Federation of Planets impotence. No longer a major galactic power, Starfleet is unable to directly compete with a crime syndicate, known as the Emerald Chain. If Vance cannot put under control a mafia organization, how can the Federation deal with a more powerful, and better-organized enemy? Maybe this is the reason why the intelligence organization, represented by Kovich (Section 31?) is allowed to participate in the interrogation of the Discovery crew? There is also a matter of time travel, which is banned in the 32nd century, probably as a result of the Temporal Cold War. Although the Federation is weakened, it is still a formidable force. Warp drive is out of operation, but Starfleet vessels are, at least in part, adapted to the circumstances. We have seen some high concept ideas such as detachable nacelles, and programable matter. Also, they are now in possession of the reclassified spore drive, which could be a game-changer.

Despite being a very different organization, with its main mission modified to adapt to the pressing challenges, the United Federation of Planets and Starfleet of the 32nd century are now the home for the captain Saru and his crew. And with the addition of the USS Discovery-A, this venerable organization can now be set on its true path.

What do you think of this new vision of the Federation? Give us your opinions and get involved in the discussions taking place on our social media