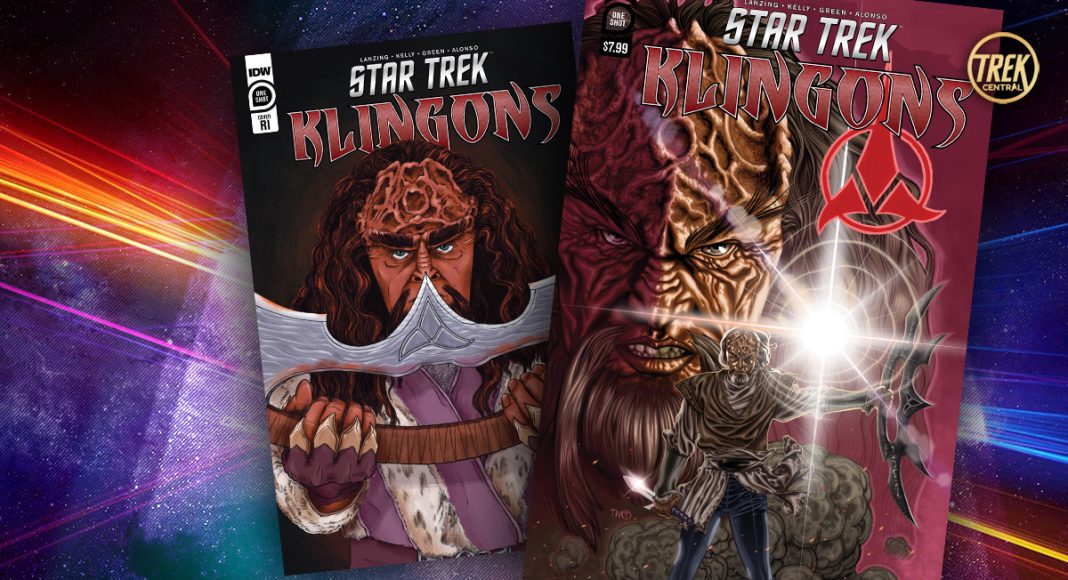 Kahless the Unforgettable is one of the most important Klingons in all of Klingon history. He is a legendary mythological figure that was the first Klingon to unite his people and introduce the concept of Honor. Kahless takes inspiration from real-world religious figures such as Jesus, Muhammad, or Moses. Like them, he revolutionized their respective societies. Since he lived long ago, we have never seen him in action, have only heard stories of his great feats. But IDW’s Star Trek: Klingons gives us our first look at his early exploits.

The events of the one-off issue are inspired by the stories the characters from series such as The Next Generation and Deep Space Nine have told about Kahless’ life. From Kahless’ duel with his brother Morath to his battle at Three Turn Bridge. These tales have all been used to highlight the conflicts our characters go through in their respective shows. Now, thanks to the one-shot, we get to see them as they happened.

The comic is artfull, with an emphasis on visuals rather than excessive dialogue. There are a few two-page panels that capture the enormity landscape of Qo’nos. As well as the scale of the battle at Three Turn Bridge, which is rare for a comic to commit two whole pages to just one image. The story itself is also told non-linearly, using flashbacks to inform how Kahless’ present actions are informed by his past. The only potential problem with this approach is that readers may be confused by the flashbacks if they don’t remember their explanations from the shows.

The comic is light on plot but shows how Kahless became enlightened and discovered the value of honor. He declares a new definition of what it means to be Klingon. Going to the major Klingon Houses and demanding that they follow his teachings. The Houses refuse, and thanks to Kahless’ skill as a warrior, he is able to best them all and assert his dominance. This in turn usheres in a new era of Klingon culture. It’s an exhilarating ride to see “feudal” Klingon society. Particualy how they became the honor-driven warrior race we know them to be.

Kahless has been spoken of many times in the shows, but there are two major appearances that relate directly to this story. In The Next Generation episode “Rightful Heir,” a group of Kligon’s clone Kahless in an attempt to create a “Second Coming” event that will reunite the Klingon people. Another prominent story featuring Kahless comes from the Deep Space Nine episode “The Sword of Kahless” in which Worf and Kor track down Kahless’ original bat’leth which Kahless was seen using in this issue.

Star Trek: Klingons provided an exciting look into the past and showed us events that have previously been left to legend. Since this was just a short glimpse, an extended look at Kahless’ life would be most welcome. His story is rich in war, politics, and religion. While there is nothing directly planned to continue Kahless’ comic story, this series of one-offs focusing on the aliens of Star Trek continues next month with Star Trek: Ferengi.