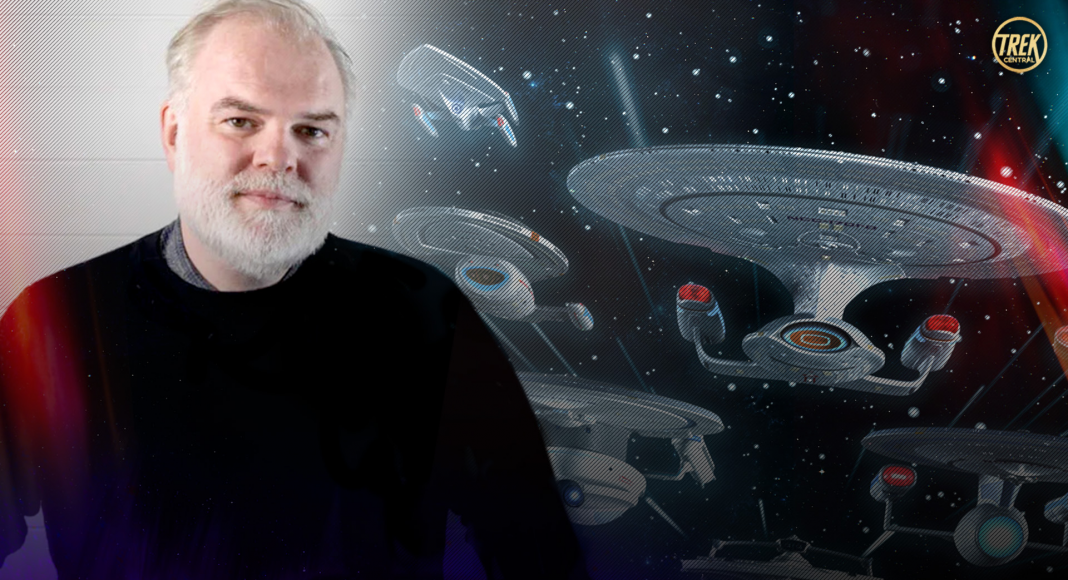 The long-time “Star Trek Starships” collection has been a staple point in Star Trek merchandise. However, the news that the company behind the die-cast models had entered administration was a total surprise. Additionally, radio silence from the brand worried many fans with outstanding orders. We’ve spoken with Ben Robinson, former Director for Licensed Products at Eaglemoss LTD. He’s revealed that CBS is “Supportive” Of the Star Trek Starships Collection!

While talking with us, Ben revealed CBS are supportive of the brand. While Eaglemoss LTD might be gone, there is the hope of keeping the collection alive. Additionally, many fans have current incomplete collections. An example of this is the “Build Your Own Enterprise-D” collection. A subscription collection that was still in the process of release when the company entered administration.

Hope For The Future

Many fans regard Eaglemoss’s Star Trek Starships Collection as a high point of Star Trek merchandise, especially as the brand embraced the often overlooked parts of the franchise. During our interview with Ben Robinson, he revealed that CBS / Paramount supports the collection. Therefore there is hope that fans might be able to see collections finished in the future.

They were blindsided by this (CBS / Paramount), the senior management of Eaglemoss did not tell them about this (Administration) until very late in the day. So they haven’t had any time to put any other plans in place, or much opportunity to try and fix things. I know they are very concerned about people who have been left with incomplete models and it’s very important to them to find a solution to that. There is no guarantees, but they do really care.

Of course, as Ben points out, there are no guarantees of this. Eaglemoss LTD is now in the administration phase for going out of business. However, they may seek to achieve a better result for the company’s credits as a whole than would be likely if the company was wound up, without first being in administration. Additionally, they may be releasing the company’s property to distribute to one or more secured preferential credits.

They (CBS / Paramount) would very much like someone to carry on making diecast starships, but the priority is those who have been left with something incomplete.

It’s fantastic to hear that CBS / Paramount support the collection. Additionally that they want to ensure customers get what they have paid for. So hopefully, those who are in the process of building something like the USS Enterprise-D might be able to finish it. However, as Ben does point out, there is no guarantee of this. Unfortunately, it’s now a complicated process with the administration of Eaglemoss.

With Star Trek: Picard Season 2 and Star Trek: Prodigy introducing new VFX starships on-screen, fans rushed to ask Eaglemoss and the team to make die-cast models of them. Sadly, with the company’s downfall, the hopes of the USS Stargazer as a collectible have died with it. However, Ben revealed that he hopes to see these models in the future.

We had the files, we were getting ready to do the Protostar and the Stargazer and looking at the additional Star Trek Online starships that showd up in the season 2 of Picard… i have some ideas about what is in Season 3 of Picard. I do hope we can find someone who is interested in doing that. It is just how quickly it can be resolved.

There is hope for the future of the Star Trek Starships Collection. Additionally, with its popularity around it, it’s possible fans might see the USS Stargazer in the future as a model. However, as Ben points out, it depends on how quickly the Eaglemoss situation can be solved. Ben revealed that it has only been recently that the team at Eaglemoss was allowed to talk to anyone publically about the issues at hand.

Well from the inside we were told we couldn’t talk to anyone, not to talk to anyone. Infact the administration process takes a long time… from that first announcement until last Friday, was the company actually entered Administration. Technically all the staff have been employees that whole time and were told we couldn’t talk to anybody. It is very frustratijng to me and I feel bad for the people who have had no communication from the company.

The Details & What YOU Can do!

Speaking about the Star Trek Starships Collection, Ben revealed how it has been seeing online reactions. Additionally, how creating around 400 Star Trek ships in the collection. However, he did also reveal this number is a rough calculation, as some models are stuck in production currently. We asked Ben about his thoughts on seeing so many fans’ collections posted online in the wake of the Eaglemoss LTD news.

It’s an extraordinary thing. I’ve worked on all sorts of things over the last 25 years, it’s just incredible. It’s extraodinary to think that people have enjoyed it that much and put that much emotional and finacial investment into this. I have to say, the response to the tweet has been very emotion and flatteirng.

But what can fans do to get more Star Trek Starships? Well, that comes down to demonstrating the level of interest in the collection. Ben revealed that he needs to be able to show people that this is an area of interest. Therefore if people are following him on Twitter or chatting online about this, that is the right way.

I hope it would be easy to convince someone. That is what we need to do now, to be able to demonstrate to someone who is preppared to back this financial, as die-cast ships are very expensive to create the first one.

While some might only know Ben Robinson from his work on the Star Trek Starships Collection, he has been involved in Star Trek for many years. Robinson previously worked on the Star Trek Fact Files partwork magazine. However, he would then go on to edit the US successor, Star Trek: The Magazine.

Star Trek has been a big part of my life for over 20 years. I would very much like to find a way to contunue what i have been doing. I’m going to try and put a bit of enerygy into trying to resurrect these collections. I hope i will be back.

Ben is on a mission to ensure this is not the end of the Star Trek Starships Collection. Hopefully, this means that Trekkies’ dreams of getting their hands on the likes of the USS Stargazer are not fully gone. For now, we’ll need to wait and see what Ben’s next move is. However, as he pointed out, Eaglemoss LTD’s administration period may take some time.

While it might seem the end of the line for the Star Trek Starships Collection, Ben Robinson is not giving up hope. He reveals that it comes down to convincing those with the power to back this financially that it is worth doing. However, how do Star Trek fans go about doing that? Well, Ben says to stay tuned! Follow him on Twitter here, as soon he might be setting up a petition or perhaps a newsletter.

All of this is to prove that there is interest in the brand to continue forward. However, we’ve got to wait and see what the next steps are for Eaglemoss LTD during the administration period of the company.