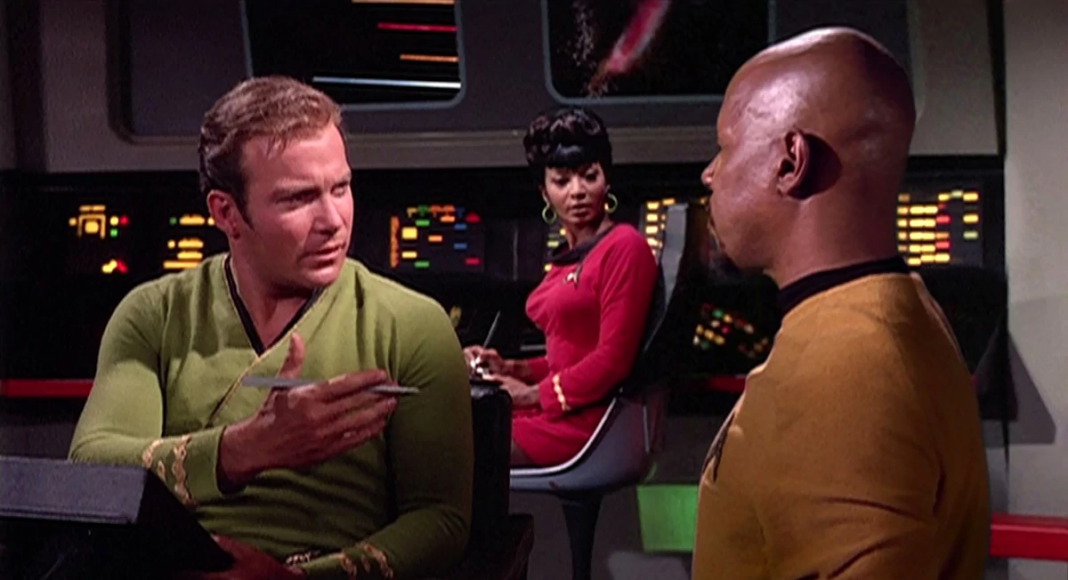 ‘Trials and Tribble-ations’ is a look at one of the most iconic episodes of Star Trek, aired 24 years ago celebrating 30 years of Trek

The year is 1996. Star Trek is enjoying its golden age and celebrating its Thirtieth anniversary. To mark this special occasion, two TOS tribute episodes are made. One is done by Voyager, the flagship show. The other is done by the “black sheep”, Deep Space Nine. And as usual, the iconoclastic DS9 team, misunderstood by many of the fans at the time, creates another masterpiece. There is no better word to describe the hilarious and charming ‘Trials and Tribble-ations’. The best Trek homage ever made. And the episode that I am happy to re-watch. Again, and again.

At first, ‘Trials and Tribble-ations’ should not work. There is barely a plot, and the sense of nostalgia is strong with this one. For DS9, the show that was defined by the complex and intelligent stories and shunned nostalgia, this is a clear red alert. But the concept is not only working. It is working spectacularly. From the very moment when captain Sisko is visited by the two temporal agents (I am still waiting for the Temporal Investigation Bureau spin-off), we know that we are in for a treat as shenanigans ensue in spades. Through the misuse of the Bajoran orb (of Time, obviously), the Defiant and its crew are thrown in the past. To the K-7 space station, the place familiar to the fandom. The crew needs to navigate the station undercover, find the Klingon agent in disguise Darvin (Charlie Brill reprising the role), and stop his nefarious plan. Oh, and not to change history, the crew needs to avoid attention. Of course, they fail in that spectacularly. This allows for some amazing technical feats for the 90s, as the DS9 actors are seamlessly inserted in the scenes from the TOS cult classic “The Trouble with Tribbles.” The actors have time of their life, while Sisko and the company are interacting with no one else than the captain James T. Kirk and his crew.

The DS9 characters that we know and love, and their natural reactions to the TOS world around them is the primary reason why this episode works. Nowadays when the retro aesthetic is brought back in big style by Discovery, it is hard to imagine that this was something that TNG and Voyager were embarrassed off. But not the DS9. DS9 understood that the appeal of Star Trek lay in more than style and characters. ‘Trials and Tribble-ations’ is not just an anniversary episode. It is an episode about interacting with Star Trek history and making it part of the bigger Trek universe. It is not surprising, then, that at the end of the episode, the crew brings a part of that history with them. To Quark’s “delight”, the tribbles are back, and this time they are here to stay. Just do not say it to the Klingons.

I could say with complete certainty that this episode could be done only by the DS9 team. In the time when Trek tried to distance itself from its past, and follow the safe formula, it took the iconoclast show to deliver the love letter to Star Trek and all that represents. TOS got its ultimate homage, while DS9 did not lose anything of what made it special. After all, pretty much all the DS9 writers are credited at the episode’s end. And it shows. ‘Trials and Tribble-ations’ is a textbook example of how to do nostalgia right. How-to do-good fan-service, while making something new and memorable. And this makes it crucial to the success of the episode, and its cult status, almost thirty years after its premiere.

“Tribbles and Tribble-ations” is deservingly one of the best Trek episodes ever made. And I am searching for an excuse to depart once again, to this fascinating and unique adventure. To experience the triumph with tribbles.

What are your thoughts on this classic episode? Come visit us on our social media and get involved!