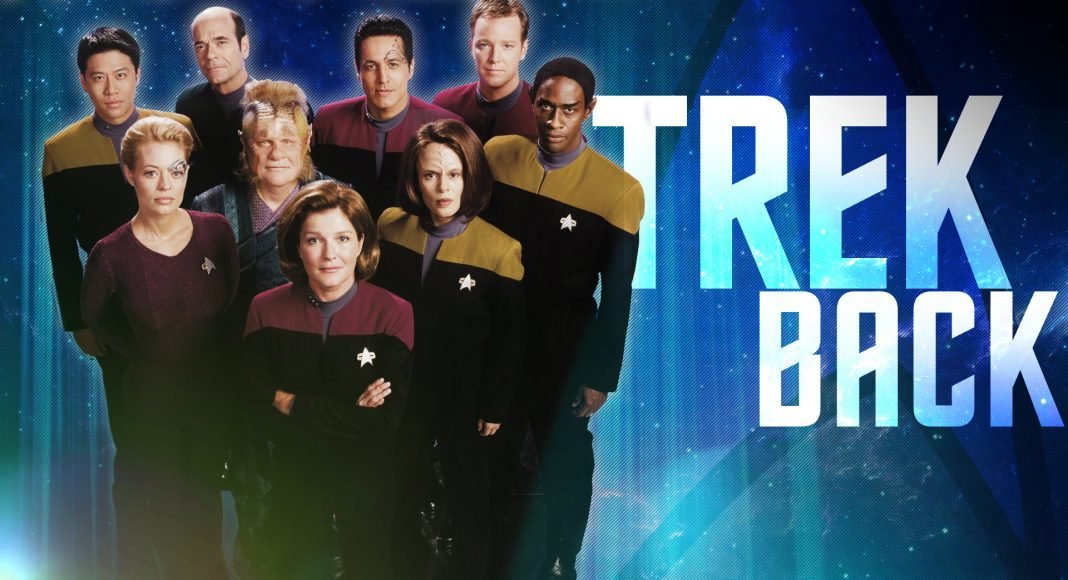 Firstly, I felt it was strange that Captain Janeway and Lieutenant Commander Tuvok are sent away on a diplomatic mission at the episode’s start and are completely unseen until the episode’s ending. It is curious Kate Mulgrew and Tim Russ are absent for the majority of the show. This is compounded when one considers that this week’s director Robert Duncan McNeil (Tom Paris) is featured somewhat heavily in the episode’s subplot. Well, not exactly heavy, but certainly a key component. A fine turn at the dual role for sure. However, with the risk of crowbarring in these fine actors present, I am fine with their near omission from the episode especially bearing in mind the next point

It is a tour de force for Robert Picardy’s The Doctor and Jeri Ryan’s Seven of Nine (but you can call her Seven). The dating lessons which the EMH gives Seven lead him to a virtual project that he is in fact, in love with the woman he has stewardship over. Perhaps it is without surprise that Seven does not exactly take to the lessons like a duck to water. It might be curious that the Doctor would accompany Seven on her first date, but I feel it is roughly analogous to having your driving instructor allowed to accompany you during your final exam and thus completely justified, to me at least.

As an interesting aside, the blink and you’ll miss it role of The Abbot is played by Ian Abercrombie. Mr Abercrombie would return to Star Trek: Voyager under a year late in the two-episode Fair Haven arc. Needless to say, aside from his vocal inflexions, I must have seen this episode and the Fair Haven one’s hundreds of times and it was only with this rewatch where I finally realised it is the same actor. If anything, this is a credit not only to his performance but also how beautifully the makeup artists employed by Star Trek: Voyager are at their craft. This small and largely innocuous role should seem so different from his time in Faire Haven.

The guest performance by Scott Thompson as Tomin is worth more than his one-episode appearance. His performance as the Guest of Honour who is also intoxicated is an incredibly difficult one to believably pull off, but Thomson does this incredibly well. This is only to the episode’s benefit ultimately.

The long-standing holodeck setting of Chez Sandrine returns in this episode. It alas is its final episodic appearance. While it was central in many early episodes including the criminally underrated episode ‘Twisted’, it is pretty much unceremoniously dropped from the series. It definitely deserved more, however, if it meant crowbarring it into episodes from here on in, perhaps this is for the better.

Back to the story proper, it is hard to fight back the tears when Seven gives the Doctor the tricorder she enhanced with him in mind ahead of her terminating lessons with him. Judging by the masterful look of Robert Picardo in the episode and that shot, in particular, he is crestfallen to a large degree.

Star Trek being so emotionally impactful happens from time to time, perhaps most notably in the Star Trek: The Next Generation episode ‘The Offspring’ which similarly ends with a genuine moment of emotional resonance. This is surely a highlight of the episode in anybody’s book.

Overall I can easily recommend that anyone with three-quarters of an hour spare spend it with this episode. It will make you laugh and cry. I would argue Star Trek: Voyager is at its best in its fifth season, so in a year of incredibly tough competition, it is no small feat that ‘Someone To Watch Over Me’ is a true highlight of this great season.