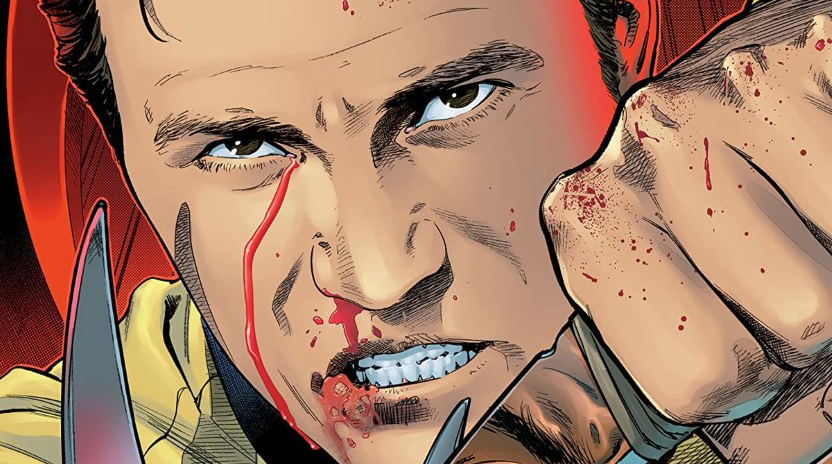 Is the 5 year mission of the USS Enterprise and her crew finally coming to end in Star Trek Year Five issue 14?

As Trekthis.co.uk is only a couple of weeks old we haven’t had the chance to put up reviews of the previous issues so below is a quick recap of what’s happened so far in this fantastic IDW comic series.

If you haven’t read any of Star Trek: Year Five yet but want to without details, then please consider this your Spoiler warning!

The Story So Far…

Star Trek: Year Five kicked things off by returning to Iotia and revealing the changes caused by Dr McCoy leaving behind his communication device on their first visit. The Enterprise avoided war with the Tholians; gaining a new ally in a member of their species in Bright Eyes and seen the return of Gary Seven who is in full villain mode by trying to kill Kirk and destroy the Enterprise for yet unknown reasons.

Issue 13 saw the USS Enterprise return home to a hero’s welcome with the final leg of the five-year mission completed or so it would seem. Not long after their arrival, a Klingon called Vo’Qul arrives on a ship called the Gauntlet claiming “Justice will burn” and demanding that Captain James T Kirk be handed over so he can pay for his crimes against the Empire and to face his execution. If the Federation doesn’t comply, they will detonate a warhead that is primed and will destroy the fleet that had gathered ceremoniously for the Enterprises return. Meanwhile, Spock and Dr McCoy discover that crewmembers are being kept sick and dying by Federation personal and a plot by a Starfleet Admiral.

Kirk beams to the Gauntlet which as it turns out is a much more literal name. He is put through a series of challenges each designed to be worse than the previous and each in relation to his perceived crimes. The first the fighting of two Klingon warriors, punishment for his interference on Capella IV as seen in the TOS episode ‘Fridays Child’. Next in the Gauntlet Kirk faces ‘Painstiks’, strange rods aligned either side of a corridor, distributing intense pain to Kirk as he traverses. This a punishment for fighting off a Klingon saboteur from the episode ‘Elaan of Troyius’. Finally, before being confronted by Vo’Qul, Kirk is almost burned alive by the ‘Fires of Khaless’ retribution for the incident relating to the ‘Trouble with Tribbles’ episode. To Vo’Qul’s surprise, Kirk survives the Gauntlet and although he is wounded and in pain, he is ready to fight his accuser!

While Kirk is facing this ordeal, Spock and McCoy are in custody, held by Admiral Koraxi, the man responsible for the experimentation on Starfleet personnel. He believes by studying the sick and dying, exposing them to disease and infections, he can create a vaccine for all illnesses. Like many admirals through the history of Star Trek, his intentions are noble, but he is using twisted and evil means believing that in the long term his actions will be justified. Spock and McCoy escape and with this knowledge, they go to inform the Attorney General.

Kirk is fighting with Vo’Qul and while the Klingon wants Kirk to die, he wants to dishonour the Starfleet Captain, but as we have seen countless times, Kirk is a master at mind games. Because Kirk has survived the Gauntlet, if Vo’Qul kills Kirk he actually honours him. As it turns out, the Klingon doesn’t care about honour he just wants to kill Kirk. Thankfully, just before Vo’Qul strikes a killer blow, Kirk is beamed from the Klingon Vessel and back onto a Starfleet vessel.

Kirk realising that the Klingon is honourless calls his bluff in relation to the detonation of his warhead informing all Starfleet vessels to fire warning shots across the Gauntlets bow. It works and the Klingon flees with Kirk noting:

“Not all Klingons have honour, some just say the words and think it’s enough”

In a final twist, it’s revealed that Admiral Koraxi had given the Klingons codes to bypass the Starfleet sensor buoys. His reasoning being that the fleet would be destroyed by the warhead and all evidence of his experimentation along with it.

An underlining theme of this issue is Kirk thinking about his brother Sam who was killed during the TOS episode ‘Operation – Annihilate’. He thinks about family, loss and compares them to his own experiences and life on the Enterprise.

Overall this is a great end to a 2 issue arc with callbacks to classic Star Trek: The Original Series episodes. The artwork as always with IDW Publishing is outstanding with some panels coming across as truly brutal and conveying Kirks anger superbly and the writing manages to thread the plight of Kirk and the conspiracy initiated by Admiral Koraxi together nicely without distraction.